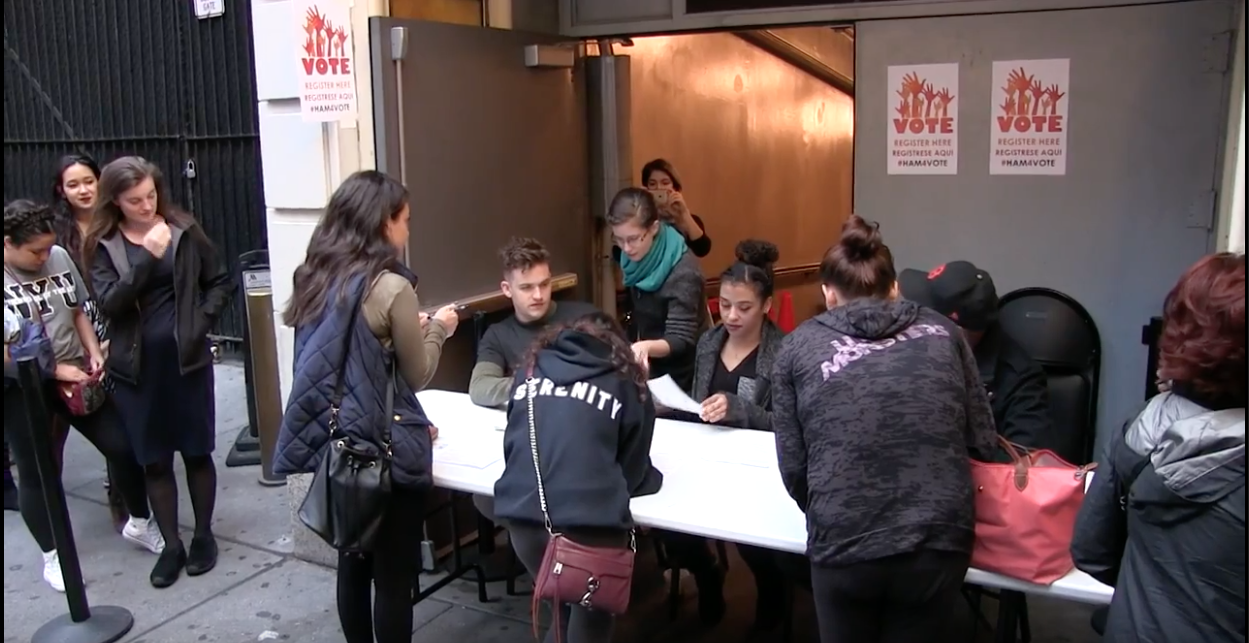 What could be more fitting than cast members of the extraordinary hit Broadway musical Hamilton registering voters from all 50 states in front of the Richard Rodgers Theatre.  And they did on Wednesday, September 28 and again on Saturday, October 1 where Hamilton performs.  Theater Pizzazz’ Mark Ryan Anderson was on the scene to talk to a couple of cast members and capture some photos.

Registration took place in front of the theater between 5 and 7 pm on Sept. 28th and Oct. 1st.  Members of the cast who participate in the registration were previously trained by voter registration volunteers from the Hispanic Federation, an organization providing community services to the Hispanic community in New York, New Jersey and Connecticut. The volunteers provided national registration forms, thus allowing people from all 50 states in the U.S. to register. Hamilton is the story of America’s Founding Father Alexander Hamilton, an immigrant from the West Indies who became George Washington’s right-hand man during the Revolutionary War and was the new nation’s first Treasury Secretary.  Hamilton’s score blends hip-hop, jazz, blues, rap, R&B, and Broadway — the story of America then, as told by America now.