I had a hard time writing this review. I think that the ideas the musical Hard Times is taking on are large, important ones. The musical is about Stephen Foster and the time he lived in; and the music is a combination of Stephen Foster and the creator Larry Kirwan. The concepts are musical, social and soulful; and they are ones that reverberate deeply in our society today. Stephen Foster’s inner life is explored here and his music connected to his life in a way that is intimate and creative. Because it’s set in New York City during the Civil War in a neighborhood called the Five Points where African-Americans lived side by side with Irish immigrants, there is a great opportunity to explore not only some of the ethnic roots of New York City but of American music as well. Larry Kirwan has also chosen to take on sexual issues. In short, the roots of our current controversies with bi-racial marriage, sexual orientation and the implications in the conflict between ‘my jig is more soulful than your river dance’ can also be gleaned here.

I want to compliment the actors, the musicians, the choreographer and the director; but I also want to say that Larry Kirwan doesn’t quite solve the puzzle he has created for himself. Frankly I think the task is really difficult. The musical Ragtime was often criticized for failing to come up to the challenge it set for itself; and I think it’s similar in some ways to Hard Times. The music Kirwan has created to take off from Foster’s style is one note, though the lyrics are often inventive.

The director Kira Simring (also the Artistic Director of the Cell) has created a nice flow between the band and the actors. And with choreographer Joe Barros, she has mixed dance styles and even acting styles in interesting and sometimes exciting ways. She has encouraged the actors to give current pop/blues interpretations to Stephen Foster’s songs which make them seem arrestingly current and effective.

The excellent band led by Rona Siddiqui has beautifully realized the composer’s intention to provide an exciting background and a haunting mix of Irish and Negro music—combined with Stephen Foster’s own, of course. As portrayed here, Foster is tortured by the notion that he can’t seem to get beyond his judgment of himself as a hack. But the singing style in this production gives the impression that indeed he may have been ahead of his time in certain ways.

Jed Peterson, as Stephen Foster, is charming and moves through the time span set by Kirwan simply without trying to over-indicate age or even differing states of inebriation. As his wife, Jennifer Lorae strikes a nice balance between love and frustration; and her singing voice has ease and sweetness. Almeria Campbell as Nelly Blythe, the owner of the Five Points saloon, gets more comfortable with her character as the evening goes on and gives an engaging and honest performance. There is in this show, a mix of period language/style and current speak that is an interesting challenge for an actor. John Charles McLaughlin, as Owen Duignan, opens the show in blackface and then continues throughout to powerfully portray the pain of displacement and prejudice that his Irish culture encourages; and Stephane Duret, as the African-American Thomas Jefferson, mixes strength and sweetness to great effect. James Sasser, as Michael Jenkins, is handsome, and—well, creepy—in an effective way. All of these actors are very good dancers and make an excellent ensemble.

Everyone performing in this production—musicians and actors—create an atmosphere of collaboration and fun. Hard Times is returning to the Cell after much acclaim. Even though it ain’t perfect, it’s a powerful experience worth having. Plus, of course, some good foot-stomping fun. 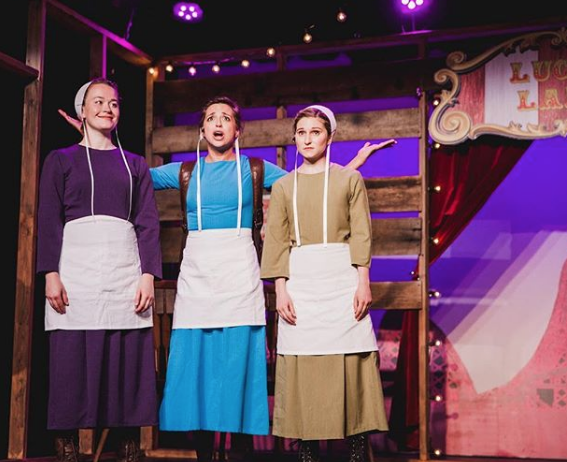 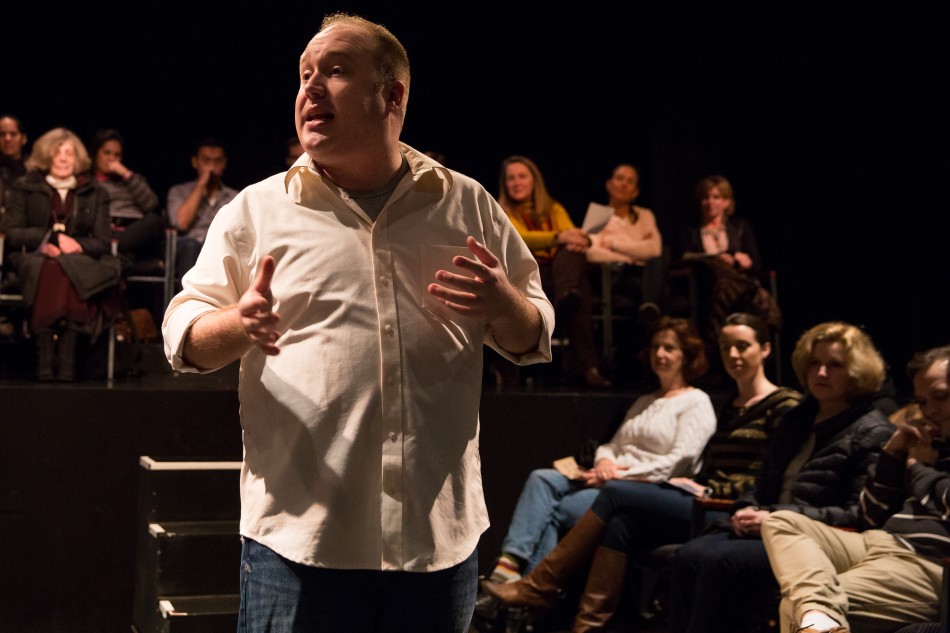