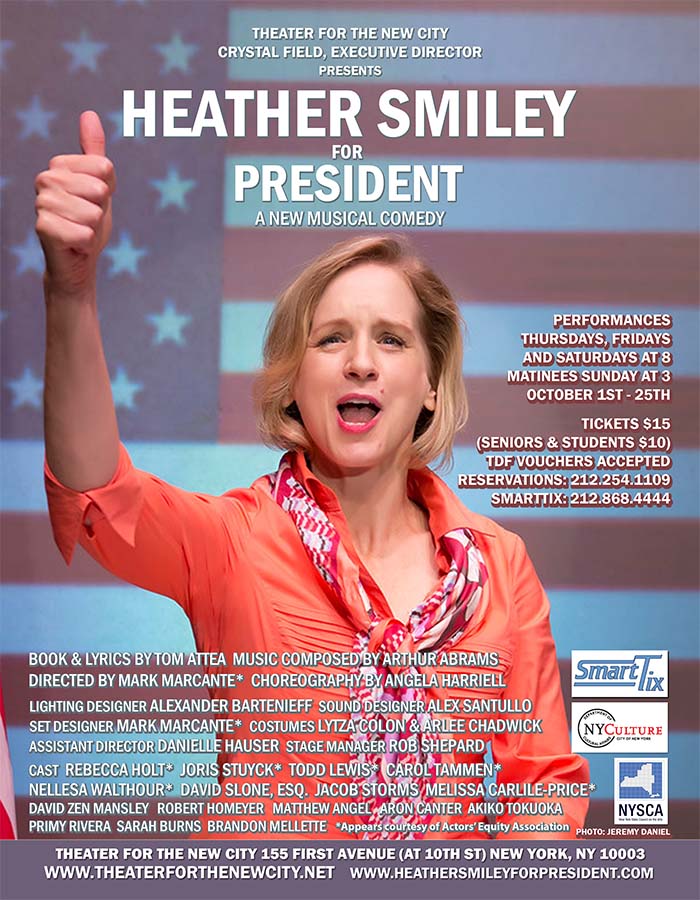 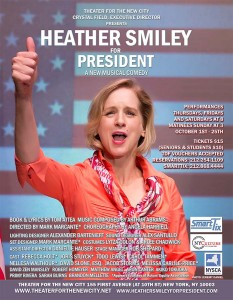 Theater for the New City (Executive Director, Crystal Field) presents the world premiere of the musical comedy Heather Smiley for President, which is now in previews at Theater for the New City (155 First Avenue at 10th Street), with an opening set for Sunday, October 11th. The musical has a book and lyrics by Tom Attea with music composed by Arthur Abrams. The production is directed by Mark Marcante and choreographed by Angela Harriell. Heather Smiley for President will play a limited engagement through October 25th.

In a story strikingly similar to the daily headlines, Heather Smiley for President follows a female Democratic candidate as she struggles to appeal to voters amid an ever-growing field of Republican and Democratic candidates. She’s already resided on Pennsylvania Avenue as the nation’s First Lady, and now she believes it’s her turn to call the Oval Office her own.

The playing schedule for Heather Smiley for President is as follows: Thursdays, Fridays, and Saturdays at 8 PM and Sundays at 3 PM. Tickets are $15 ($10 for seniors) and can be purchased online at www.TheaterfortheNewCity.net or http://www.smarttix.com or at the box office and by calling 212-254-1109. 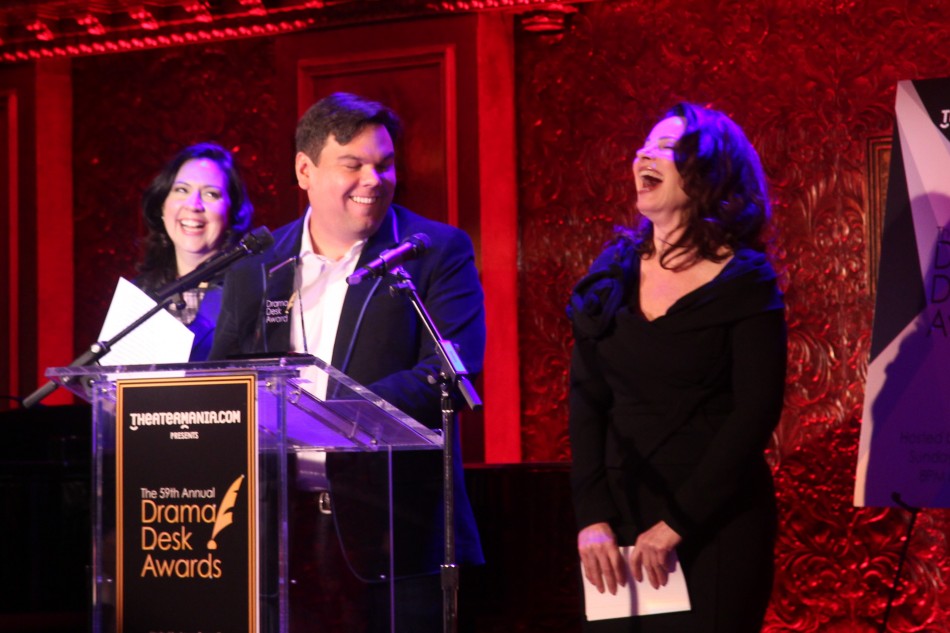 Catherine Zeta-Jones to be Honored at NYC Dance Alliance Fundraiser