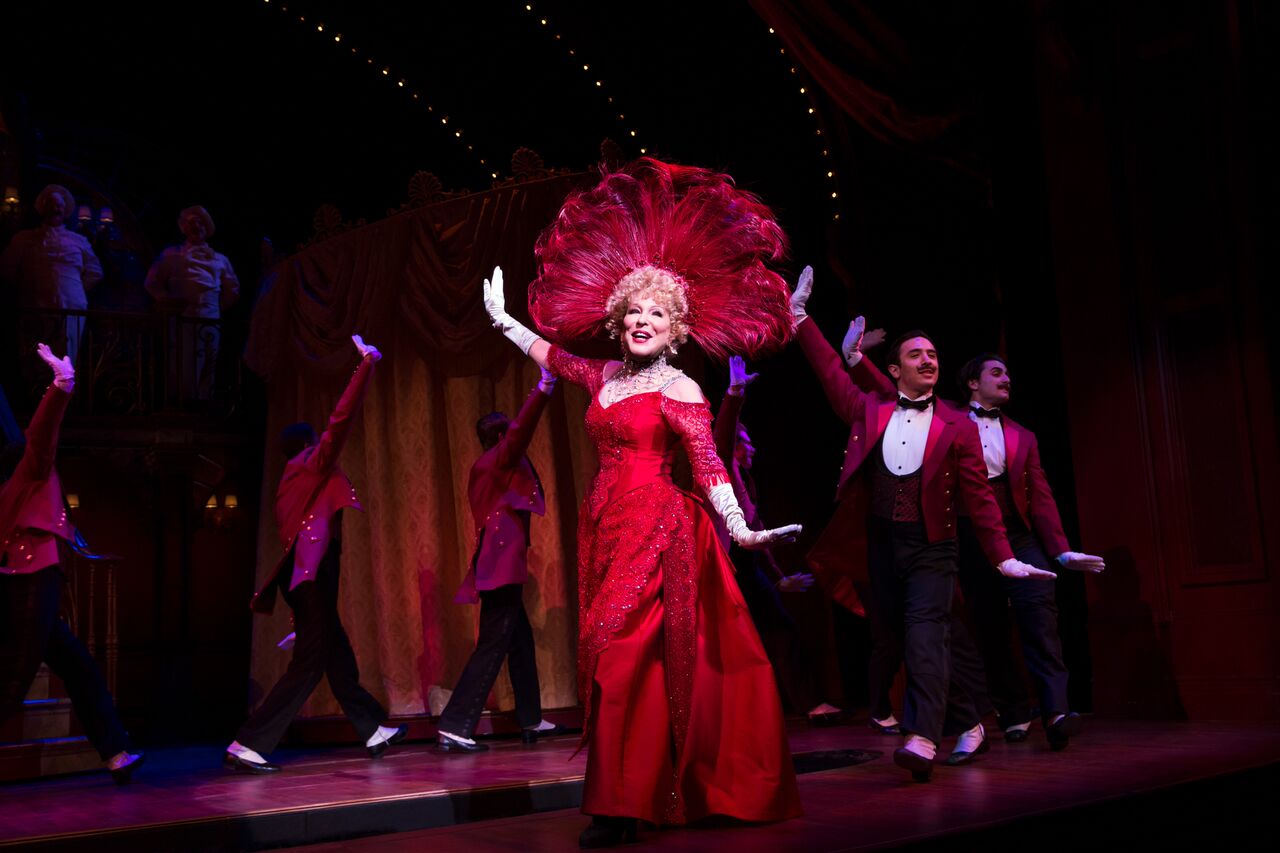 Not only has the new Broadway production of Hello, Dolly broken all records as the highest pre-performance advance sale in Broadway history. . . but here is the very first image of Bette Midler as Dolly Gallagher Levi! Previews begin tomorrow.

This Hello, Dolly!, the first new production of this classic musical (based on Thornton Wilder’s The Matchmaker) to appear on Broadway since it opened more than fifty years ago, will pay tribute to the original work of legendary director/ choreographer Gower Champion, which has been hailed both then and now as one of the greatest stagings in musical theater history.