Herb Alpert & Lani Hall Back at The Carlyle 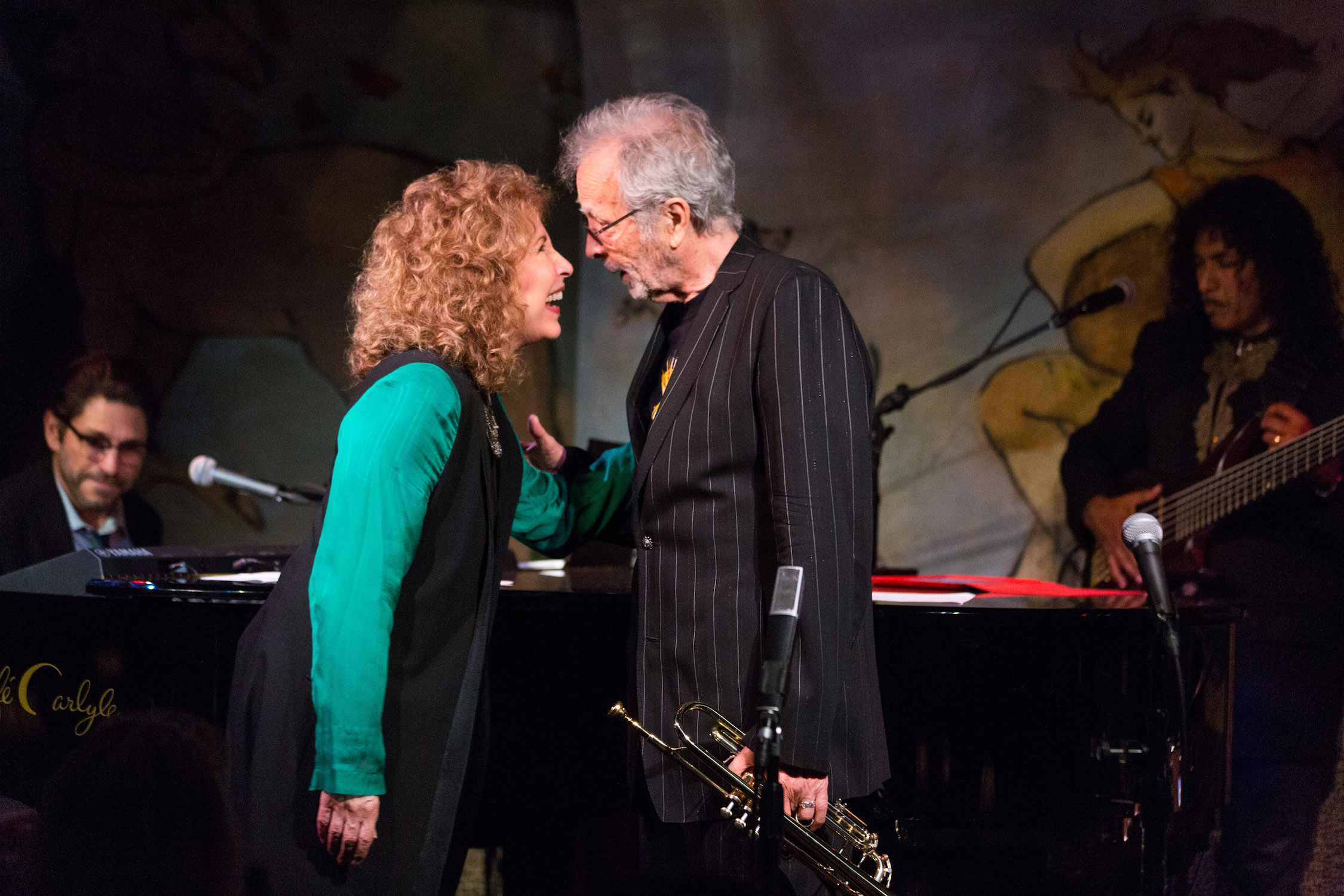 Trumpet legend Herb Alpert and his Grammy winning vocalist wife, Lani Hall, brought their technically impressive and energetic stage presence to Café Carlyle this week. Backed by an expert band, with Bill Cantos on piano, Hussain Jiffry on bass and Michael Shapiro on drums, the whole evening seemed effortless, from the set list, technical proficiency and the comfortable banter between Mr. Alpert and Ms. Hall.

The technique that Mr. Alpert and Ms. Hall are blessed with is such a throw back to when musicians were not auto-tuned and the melody of a song was everything. Between all this, Mr. Alpert took questions from the audience, enlightening them with stories of his record label and some of the famous artists he cultivated; he even shared a tidbit about not signing the Beatles on his label. That elicited a lot of sympathetic support from the audience. 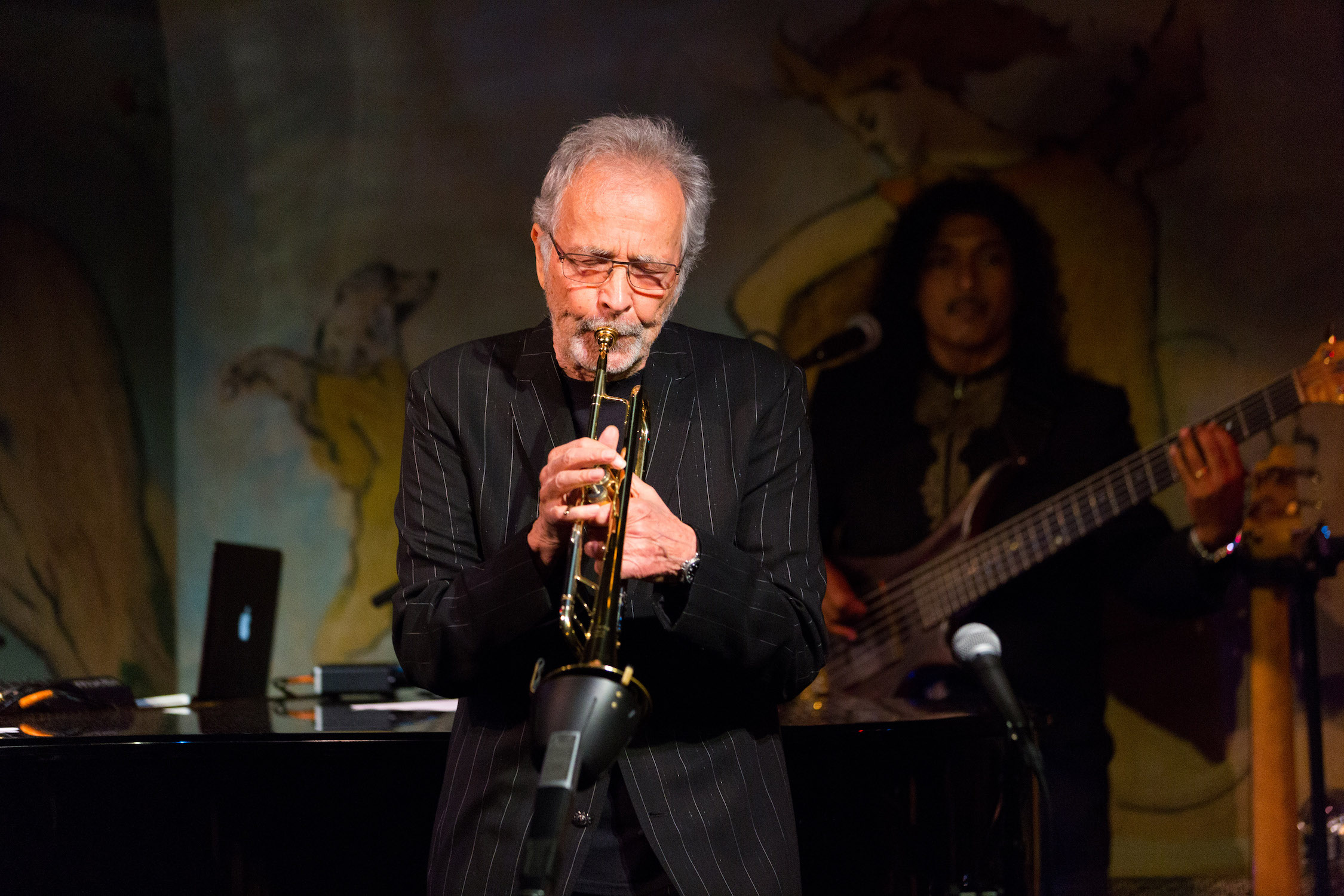 It is quite fascinating to watch Mr. Alpert play his trumpet on stage. The grace and ease he plays within a song like “Puttin’ on the Ritz” is truly unique. It was also a hoot for him to segue into the rendition of “Spanish Flea,” the theme from the Dating Game show, which he was most known for. This demonstrated how a trumpet themed solo can be so engaging and mainstream!

Ms. Hall had some lovely singing moments as well. Her rendition of “Never Never Land” (from Peter Pan) showcased technique and understanding of the text that took on a much deeper meaning than what it was originally about. This longing for dreams and time standing still could be a theme for the state of the world we currently live in. Ms. Hall’s seamless voice conveyed emotion and ease of tone. I never once felt she was pushing or singing out of her range. 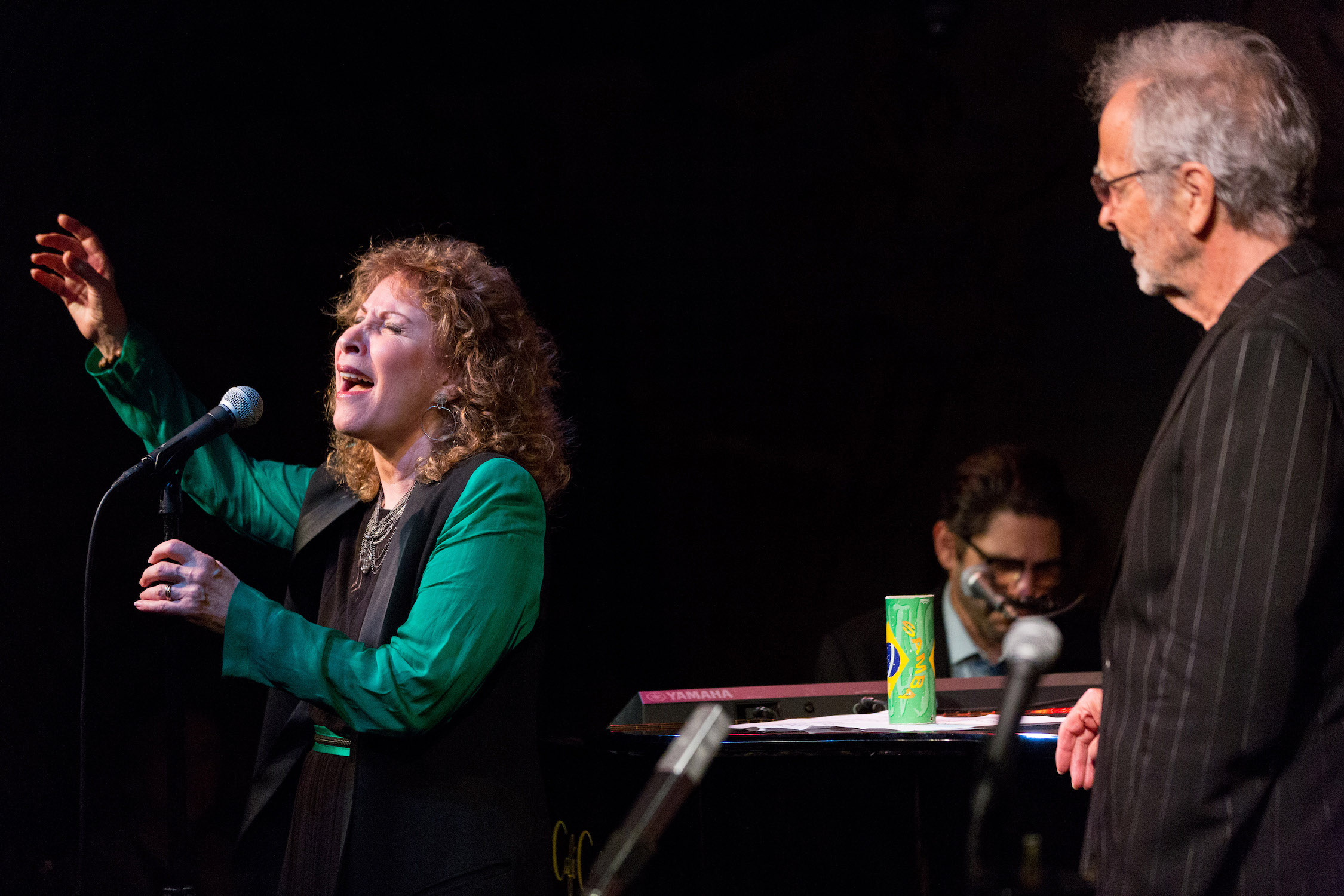 One of the most gratifying experiences an audience member can have is to feel at ease while watching a show. Mr. Alpert and Ms. Hall have such a comfort with each other and their musicality, that the audience could not help but to sing and move along to the music. Some of the musical numbers became extended jam sessions, but never felt like they went on too long.  In fact, some of the musical numbers could have gone on longer.

Such American Songbook composers as Cole Porter, Sammy Cahn and Irving Berlin fit nicely with Mr. Alpert’s mix of samba and Brazilian improvisation. The whole evening never dragged and it was very educational from a musical standpoint as well! Mr. Alpert gave his musicians generous opportunity to exhibit their own impressive technique, without overshadowing. It was a true collaboration.

The whole evening was a thrilling experience, harkening back to the day of genuine stage presence, artistry and technical proficiency.   I felt genuinely lucky that I got the chance to see a living legend – doing what he does best – transport the Café Carlyle into a musical wonderland. The opportunity to witness such talented, proficient musicians, clearly loving what they do, should not be missed.