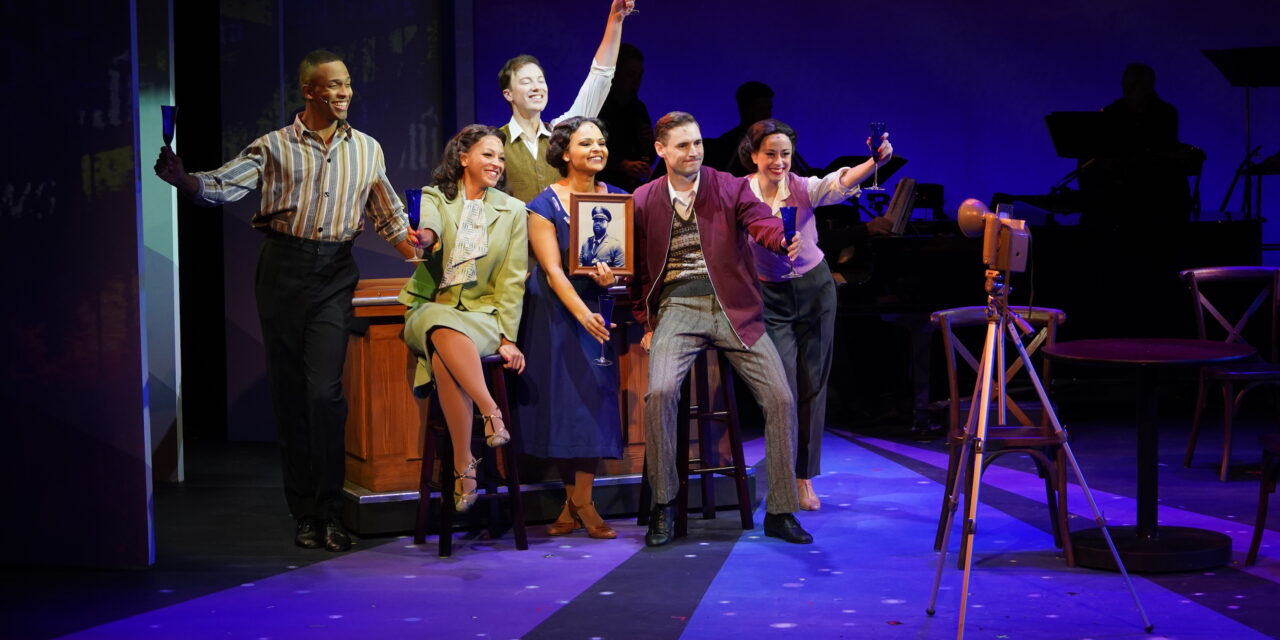 The York Theatre Company, over a long and significant history of producing outstanding musicals, has encountered the law of averages in Hoagy Carmichael’s Stardust Road—A Musical Journey, a new property that misses the mark in too many important ways. Unlike the delightful recent York production of Cheek to Cheek: Irving Berlin in Hollywood, which brilliantly showcased a major portion of the Berlin catalog, Stardust Road ill-serves the stellar music of one of the American Songbook’s greatest songwriters.

Hoagland Howard Carmichael (November 22, 1899-December 27, 1981), musician, composer, songwriter, actor and lawyer, wrote hundreds of songs, including 50 that achieved hit record status. Among those charting tunes was “Stardust,” written in 1927 as a jazz instrumental. It was a huge hit. Mitchell Parish set lyrics to it two years later. The first two artists to sing it on record were Louis Armstrong and Bing Crosby, both in 1931. “Stardust” has since become iconic, one of the most recorded songs—ever. Yet, in the totality of Hoagy Carmichael’s Stardust Road, this tune is given amazingly short shrift.

Instead, the piece purports to tell “the story of six friends and the one man who brought them all together…The seven friends weave a story of camaraderie and shifting relationships through four decades in America.” There’s no narrative, with one song moving into the next. Hardly even a revue, the production is basically a Carmichael song cycle—with a dearth of hits and plenty of tunes that an average audience won’t be able to relate to. And unless one is constantly using the program as a roadmap, the proceedings are confusing, if at times unfathomable.

The young cast—Markcus Blair, Sara Esty, Dion Simmons Grier, Danielle Herbert, Kayla Jenerson, Cory Lingner  and Mike Schwitter—are a genial but generic crew who are technically without fault, but show no emotional connection to Carmichael’s sophisticated lyrics, and thus lack the ability to tell the story. Direction by Susan H. Schulman doesn’t add much to this limp piece, which concentrates overly much on moving tables and chairs around the set in lieu of creative ideas. Choreography by Michael Lichtefeld was parsimonious, with dance seemingly an afterthought, creating a lack of what would have added spice and variety and interest.

Hoagy Carmichael’s Stardust Road was conceived by Schulman, Lichtefeld and Yurman and developed with Hoagy Carmichael’s son, Hoagy Bix Carmichael. It’s been in development for over seven years. Unfortunately, it still isn’t ready for prime time.

Hoagy Carmichael’s Stardust Road continues through Saturday afternoon, December 31, 2022 at The Theatre St. Jeans (150 East 76th Street, between Lexington and Third Avenues).Running time is 90 minutes without an intermission. Tickets may be purchased at https://yorktheatre.org/buy-tickets