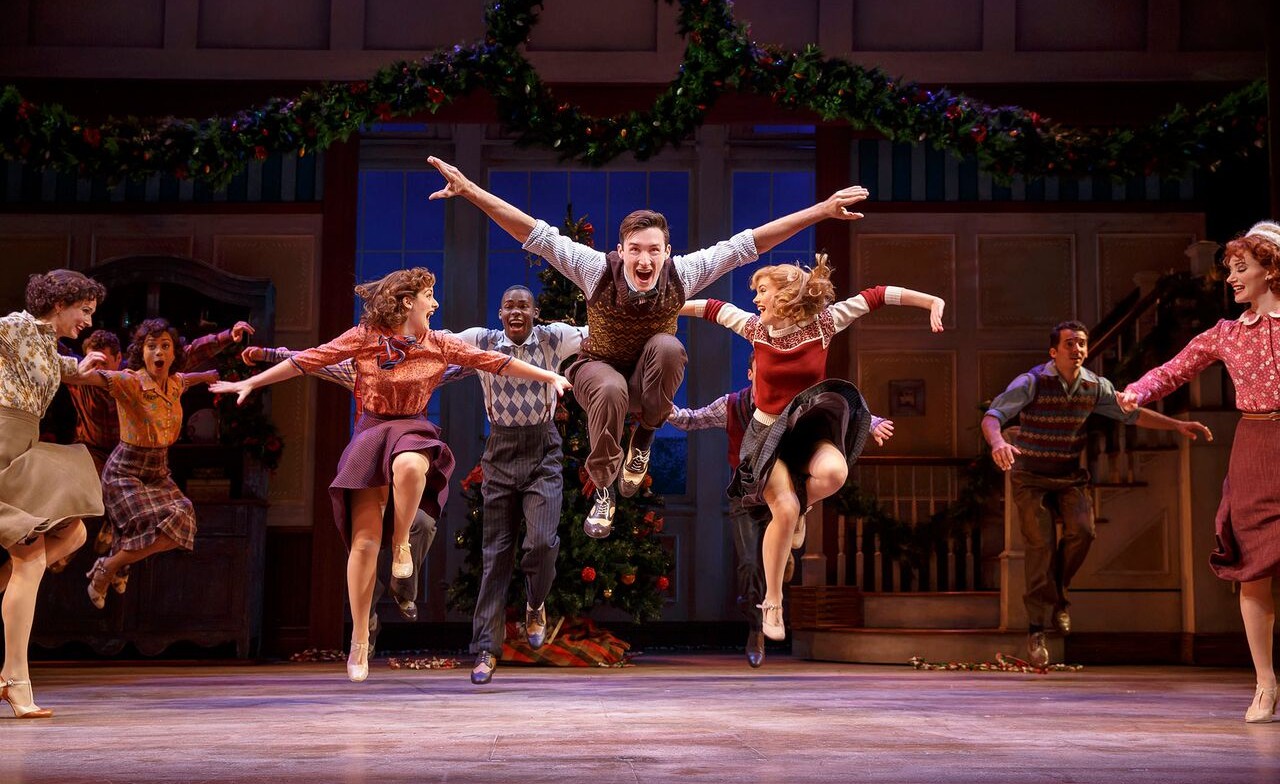 Everything old is new again. Or is it?

The Roundabout Theatre Company has exhumed the 1942 film, Holiday Inn, labeled it “The New Irving Berlin Musical,” and mounted it as a live production at Studio 54. Starring Bryce Pinkham and Corbin Bleu (in roles originated on celluloid by Bing Crosby and Fred Astaire), its book, by Gordon Greenberg and Chad Hodge, reworks the movie’s plot and adds a few jokes. It’s more self-aware than the original: it gently—perhaps too gently—pokes fun at itself. And, unlike the movie, it’s blackface free, a good thing all round.

Holiday Inn is a grown-up “Let’s put on a show!” show. Jim Hardy (Pinkham), Ted Hanover (Bleu) and Jim’s girlfriend, Lila Dixon (Megan Sikora) have an act in which Jim sings, Ted dances, and Lila does a little of both. Tired of life on the road and living gig to gig, Jim buys a farm and asks Lila to marry him. She declines. So, while Lila continues to trip the light fantastic with Ted, Jim finds himself alone in Connecticut.

But not for long. He’s barely arrived when he meets Linda Mason (a winning Lora Lee Gayer), a show business refugee and scion of the family that used to own Jim’s farm. She now teaches school and lives in a small apartment, but she still has some greasepaint in her blood. When she hears Jim needs a handyman, she introduces him to Louise (a fantastic Megan Lawrence), a handywoman who immediately moves in.

Despite their best efforts, Jim and Louise can’t seem to get the farm in the black. Then, when a busload of his show business friends come up from the big city, Jim gets an idea. They can convert his home into an inn with live entertainment on holidays only.

With Irving Berlin as composer and lyricist, Holiday Inn has nothing to worry about in the music department. Roughly half of the songs come from the movie, which had fewer songs in total. Classics like “White Christmas,” “Blue Skies,” and “Cheek to Cheek,” are rolled out one after the other. Musical numbers are all sharp and spirited. “Shaking the Blues Away” is probably the most exuberant. Its rousing tap dancing is complemented by jumping rope, with dancers doing both at the same time. Corbin Bleu deftly taps the blues away, supported by a very talented company.

Denis Jones’s choreography is stylish and exciting. It includes a wide variety of classic Broadway fare, a smattering of ballet, some ballroom, and a generous helping of tap. Alejo Vietti’s costumes are legion – lots of clothes changes for lots of cast members – as well as colorful and fun. From Pilgrims and turkeys in the Thanksgiving number to the panoramic bonnets in “Easter Parade,” he clearly has let his imagination run wild to the show’s advantage. Greenberg and Hodge’s book does not measure up to Berlin’s score, but how could it? Still, you wish it would make up its mind to be either parody or pastiche. Instead, it’s noncommittal, changing the story’s window dressing without changing what’s in the window.

Holiday Inn is at its best when the ensemble is onstage, singing and dancing its high-energy heart out in tandem with one or more of the principals. This is when the audience’s pulse races. It’s completely and joyously engaged in a way that just doesn’t happen with the leading characters alone. As Jim, Bryce Pinkham is at the show’s center. It’s hard to make a passive character stand out, but it can be done. Pinkham and his director, Gordon Greenberg, have yet to figure out how.

That doesn’t mean that Holiday Inn, in Greenberg’s otherwise steady hands, is anything less than surefire entertainment. You just can’t help wishing it could have made it to the next level.. 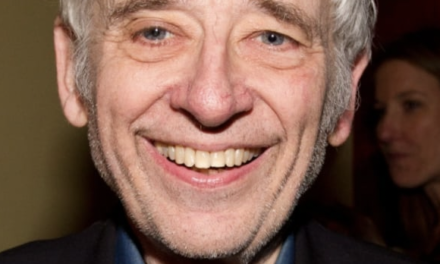 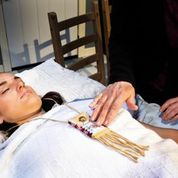 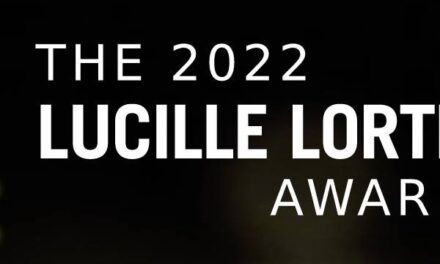 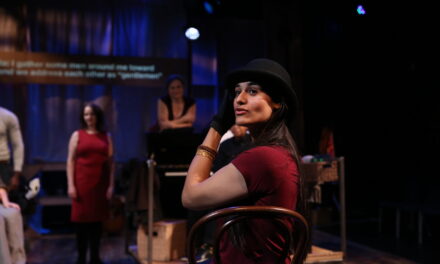