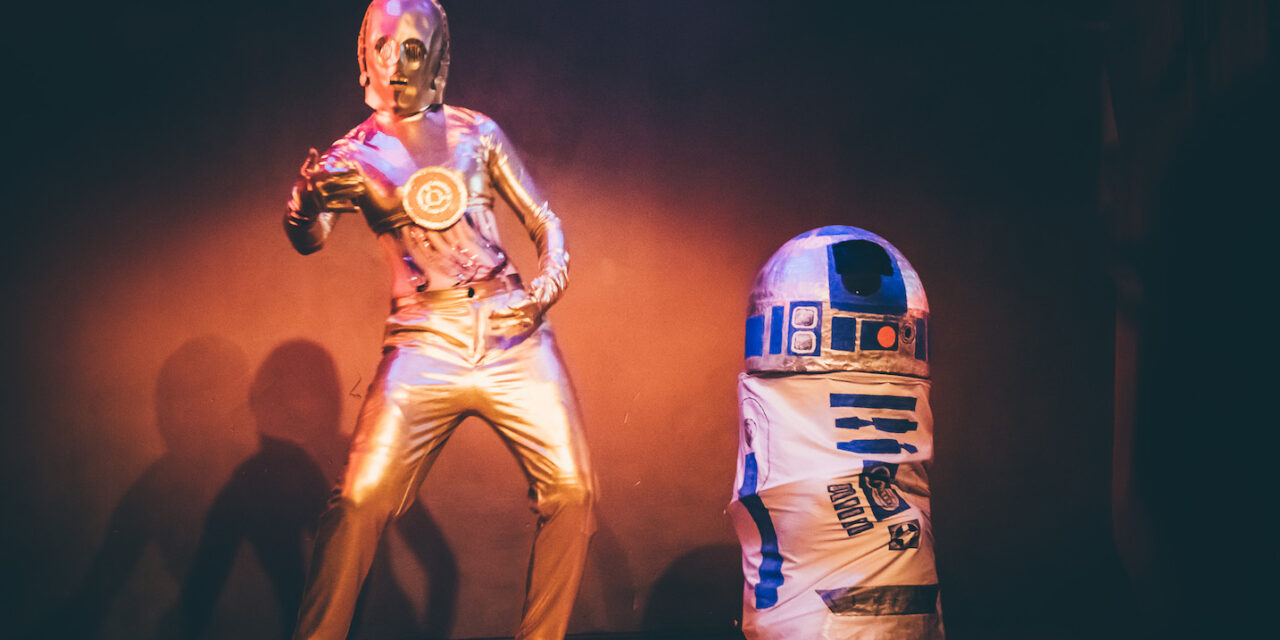 As a kid, the first Star Wars movie opened the world of science fiction to me. Its dashes of adventure, comedic robots and princesses with gumption melded Homer, Greek Mythology into a galaxy far, far, away. Capitalizing on the film’s success, CBS television network commissioned a holiday special: “The Star Wars Holiday Special.” Now the notoriously kitsch special—aired only once and unreleased on streaming or home video—has been successfully memorialized as an annual traditional tribute by Hotsy Totsy Burlesque. And long may they rule the galaxy.

The event—which took place December 9 at the Slipper Room on the Lower East Side—accurately captured the camp of that long-ignored “Star Wars Holiday Special.” Augmenting it with powerful, creative burlesque featuring sexually suggestive humor and songs as well as striptease dancers, celebrates the movie universe and the camp of the special.

The music, props, and even the lighting all come together to transport Star Wars characters to different fantasies, as the performers make full use of the stage, even coming down into the audience for some playfulness. Or welcoming the audience to participate during a sequence. There’s Darth Vader displaying daddy issues. Han Solo owning the stage, and the combustible frisson of “The Droids You Are Looking For.” The acts captivate, transport, entertain and engage the packed house. Even Lando gets his fair share in a campy but hysterical act.

The performers who happily entertain for the evening are nothing short of creative, witty, and gorgeous; and they definitely put on a show that is both diverse and very exciting. The performers each capture an element of Star Wars, ensuring that no two sets are alike. Hotsy Totsy seriously breathes new life and wit into burlesque. Yes, there’s stripping, but they raise it back to artistic creativity with passionate entertaining performances.

The framing sequences between acts consist of banter between Brad and Cherry. She’s lost her seasonal spirit, despite an encyclopedic knowledge of the Star Wars special. Brad and the acts coax her back to joy throughout the evening.

Marrying the camp of the 1970s sci-fi with burlesque makes for a delectable night out.