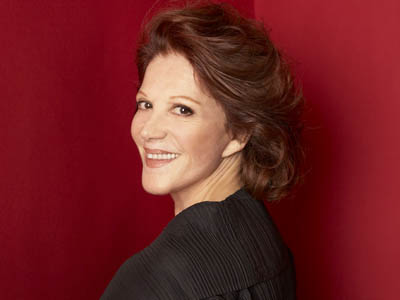 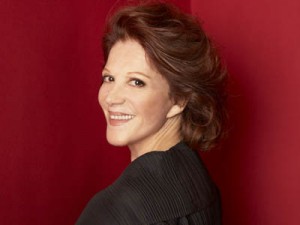 Linda Lavin’s latest Cabaret Show at 54Below is called Starting Over. It’s actually the story of her life in story but mostly in song. According to Wikipedia, she’s old enough to have “started over” several times, but even close-up, she looks like she’s several decades away from collecting social security.

From the stage she beams as a roar of applause greets her before she even utters her first syllable. She looks terrific. What a radiant face! What a willowy body! What slinky moves. What a sleek, glitzy but understated ensemble. What a sensational musical director in Billy Stritch! What wonderful back-up musicians in Tom Hubbard on Bass and Ron Affif on Guitar! And last but hardly least, what a handsome and talented husband, Steve Bakunas, drumming, smiling and singing with her on stage! Who could ask for anything nicer to come home to?

The story of her life is complicated. Her mother was an opera singer who gave up her career when she married and hoped Linda would be a pianist too. Fortunately, Linda walked away from her mother’s dream and found her own. She fell in love with Moira Shearer in The Red Shoes and decided to become a dancer, attended the Dorothy Mason School of The Dance, where right before the school’s annual major recital, Ms. Mason told Ms. Lavin to stand perfectly still and sing, “Look to the Rainbow,” without making a single gesture. Her recreation of this traumatic event is distressingly hilarious.

As a freshman in college, where she didn’t want to be, listening to Bobby Short’s LPs rightfully gave her the sense that she might have a life in show business. And her career started and continued full blast. What about love? After two marriages, both to actors, both of which ended in divorce, Linda met her present husband Steve Bakunas in North Carolina. Obviously she did better with musicians. “We started a theater there, revived a neighborhood and then we left because there were no people to talk to, so we came back to New York.”

Lavin attracts enthusiastic fans, who’ve watched her portray a panoply of characters — from Sydney the secretary to a Walter Winchell-type columnist in Superman to the self-indulgent kvetching Allergist’s Wife to the redecorating widow-in-waiting in The Lyons to the narcissistic star, falling apart during a rehearsal of Medea — and simply can’t wait to see her do whatever she chooses to do, again and again and again, in movies and TV. Just last season she made everyone blanche as a demanding social worker unjustly accused lawyer Cary Agos, the business partner of the CBS Good Wife. Shakespeare’s description of Cleopatra fits her to a T: “Age cannot wither her, nor custom stale her infinite variety.” I only hope that whenever she gets around to retiring, the facility she chooses has a showroom large enough to contain her talent.

Despite her Labor Day evening opening night — during a time frame when the usual suspects are creeping back to Manhattan on the LIE at a speed of one inch per hour — 54Below was packed with Lavin lovers and happily so. The lady didn’t disappoint us. She is a simply amazingly versatile performer who can do anything: have you LOL as she warbles a silly Sondheim ditty or makes snuggle with sweetie when she purrs a romantic ballad backed by a sensuous Billy Stritch chart. Billy Stritch’s musical sensitivity and his lively arrangements explain why stars like Liza Minnelli and the late Elaine Stritch always relaxed when Billy’s flying fingers had their backs. And there’s a surprise. Aaron Weinstein, who looks like a 19-year old Yeshiva boy but plays like a lyrical and accomplished virtuoso.

Starting Over is an especially well-crafted show with interesting comments about life and practically every standard you’ve ever loved or made love to. Lavin and Stritch unite in 23 songs that make the evening fly by. 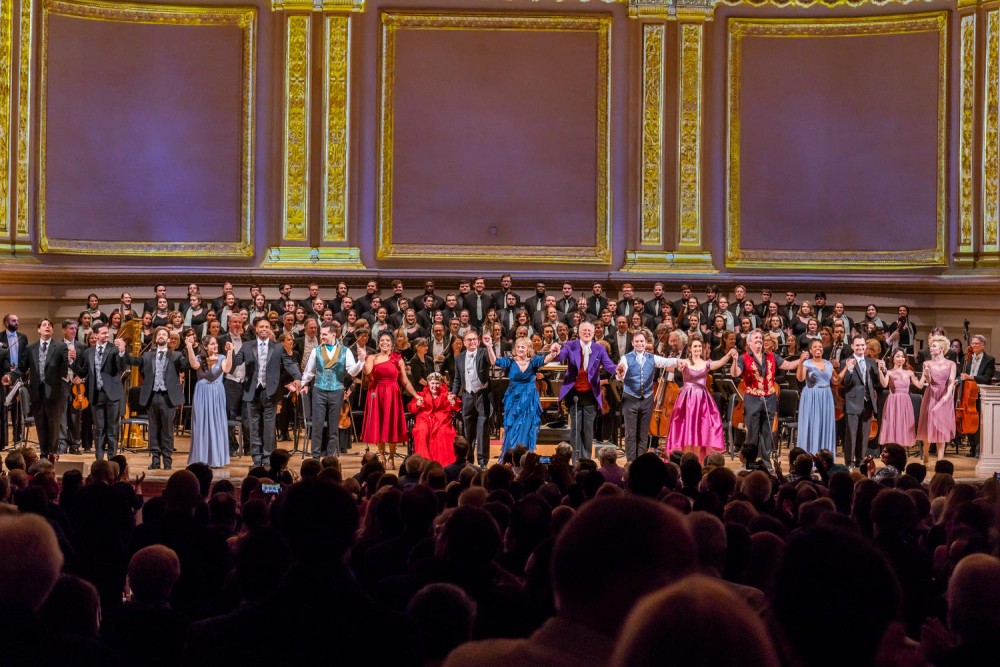 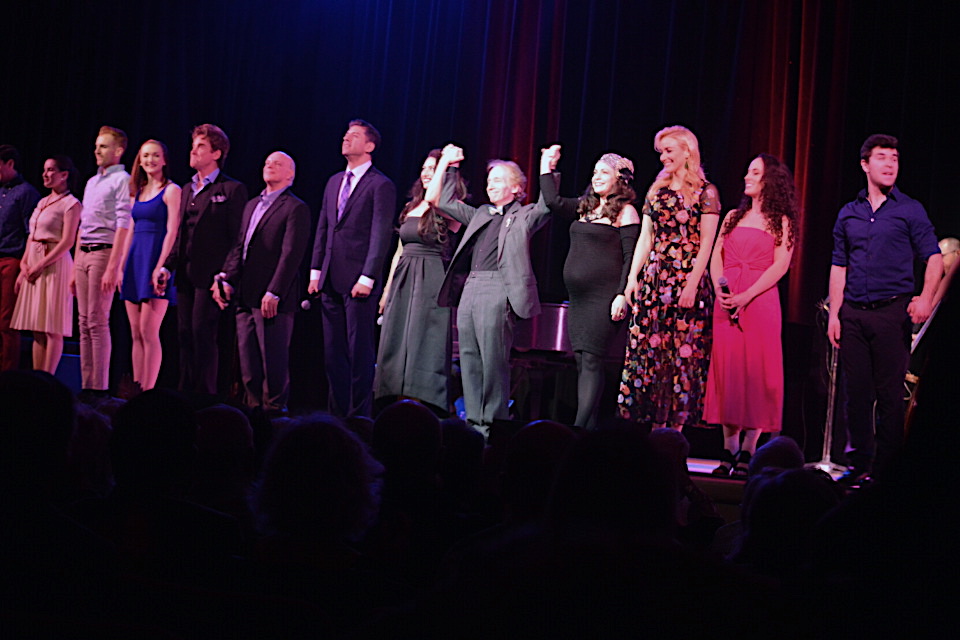 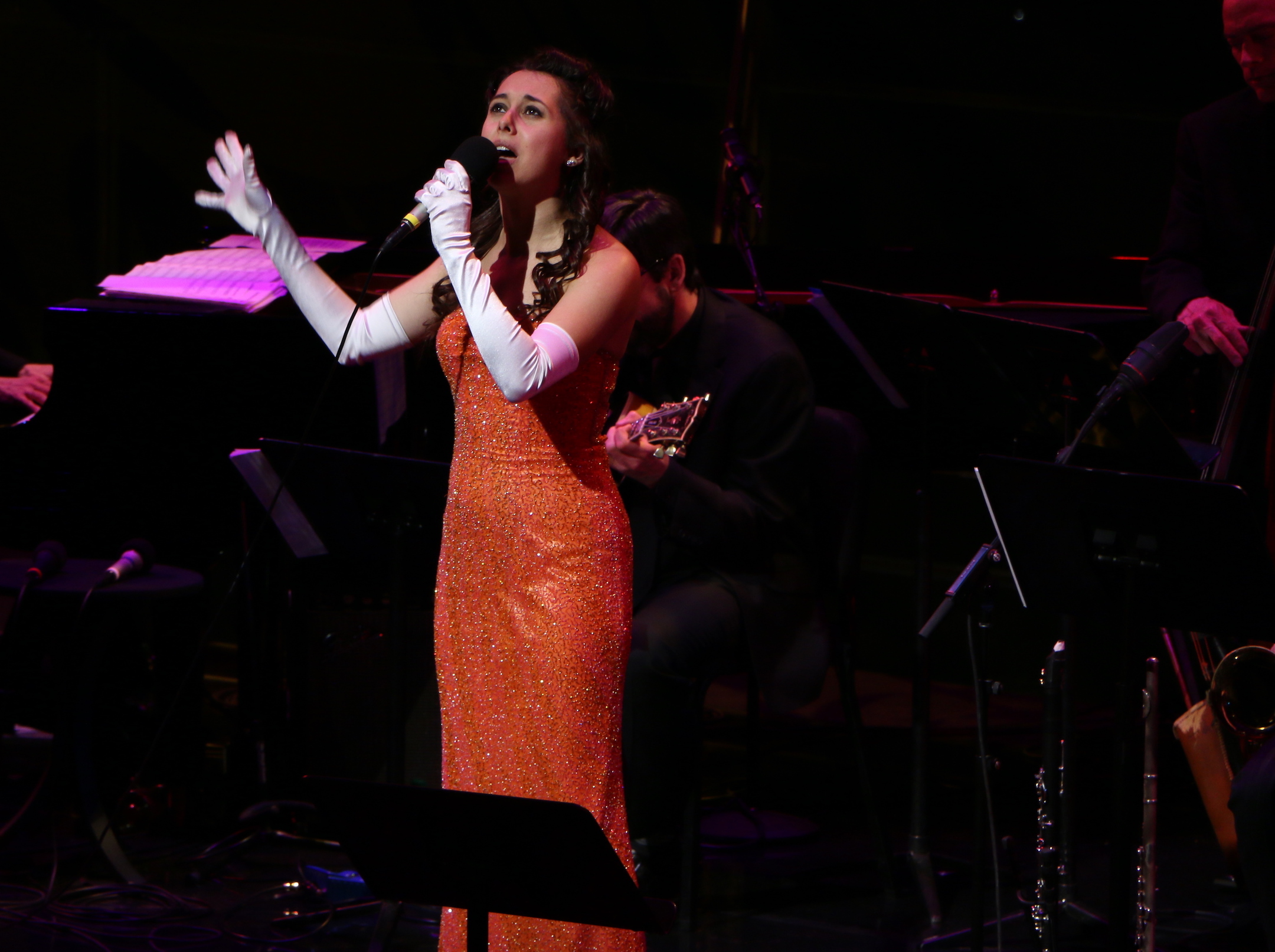 Veronica Swift – A Jazz Baby with a Voice Like Liquid Silver 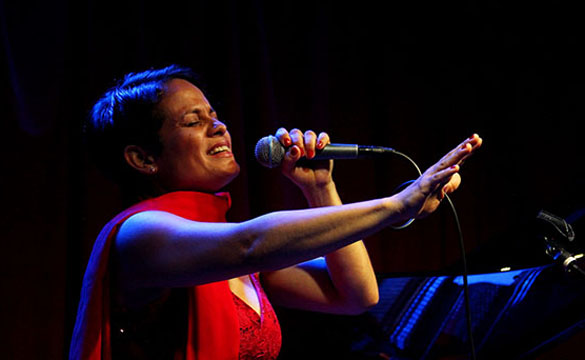