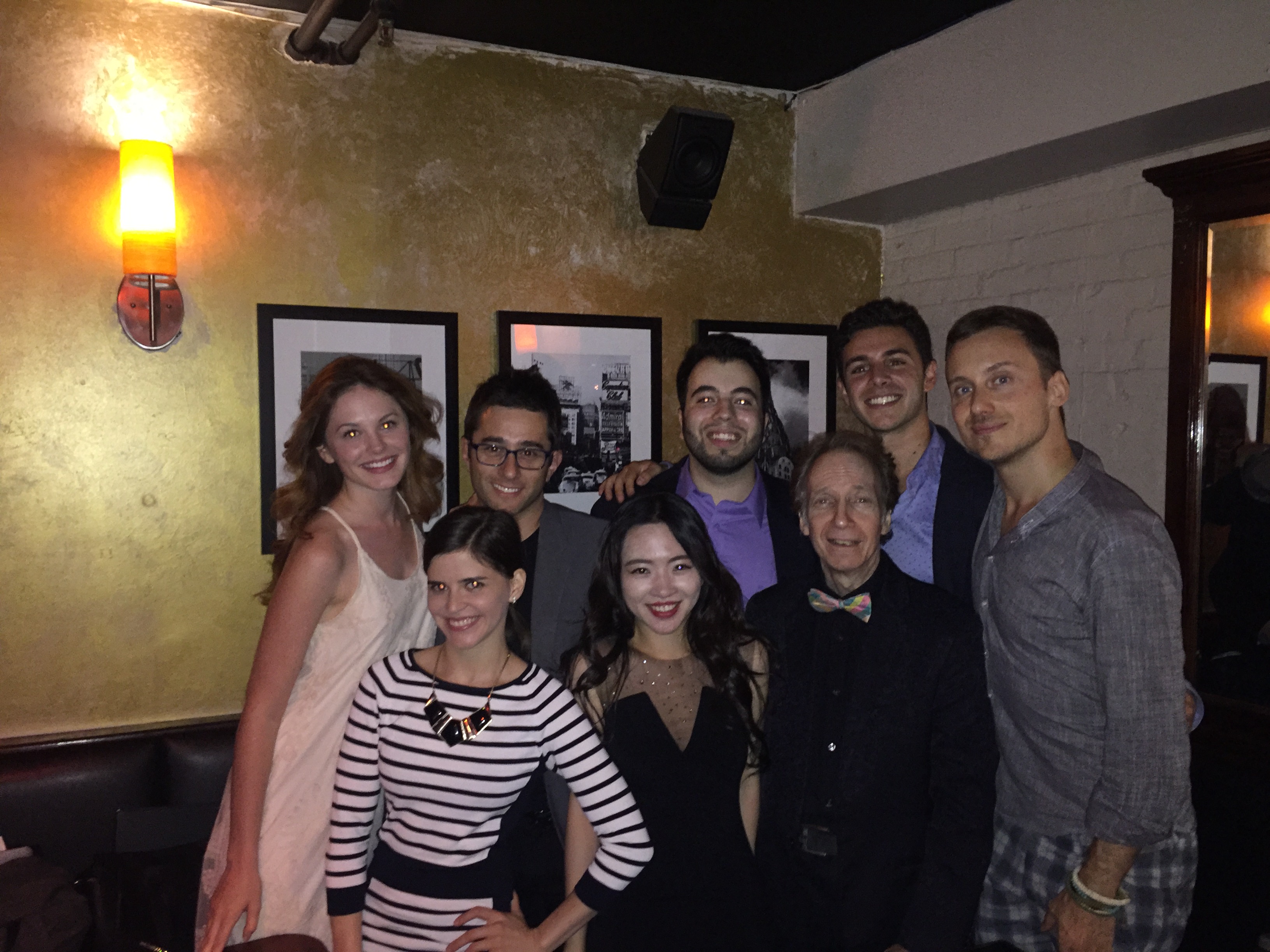 Politically and traditionally, “I Want To Be In America” is relevant today, a show recognizing the valuable contribution of immigrants to the United States. Depend on Scott Siegel to make that happen at the Metropolitan Room with seven young international performers. Not only does this show spotlight exceptionally well-trained voices but it makes clear how the American music world has benefited from the gifts by earlier artists not born in the USA. How about Sigmund Romberg, Andrew Lloyd Webber, Michel Legrand as well as Russian-born Irving Berlin, who is so identified with American song that Jerome Kern commented, “Irving Berlin has no place in American music—he is American music.” These new young performers are aiming to make their own marks in American music.

Setting the mood was J. P. Perreaux on lights and sound and musical director/jazz pianist Matt Baker, born in Australia, accompanied the six vocalists with creative harmonics. He also performed a piano jazz solo of “Strange Meadowlark” by Dave Brubeck. The singers each chose two songs from the American pop, jazz and theater worlds. .

Influenced by Barbra Streisand, Carlo Bosticco from Italy chose Yentl’s “A Piece of Sky” (Alan and Marilyn Bergman/Michel Legrand). His voice was strong with round long notes but on the downside, his connection with the lyrics needs more consistency. A better fit was Carlo’s second selection, “The Girl in 14G,” (Jeanine Tesori and Dick Scanlon). This specialty number written for Kristin Chenoweth gave Bosticco the freedom to enjoy its lyrical fun and even exhibit a remarkably sky-high coloratura supposedly sung by the song’s pesky opera wannabe neighbor.

A poised young woman, Chun Ying Chiang from Taiwan, has an affinity for Cole Porter but for this show she chose two jazz favorites. A good choice sinc, she adds her jazz flair to both. Unfortunately, she kept a smile on her face throughout “Darn That Dream,” not appropriate for this song of wry regret. On the other hand, she gave her second selection, “Devil May Care” (Bob Dorough), a delightful sing and swing.

A soprano from Canada, Emily Dallas chose “Will He Like Me?” from She Loves Me (Sheldon Harnick/Jerry Bock), well suited for her ingénue demeanor and voice. With deft use of the microphone, she interpreted the character of the song, delivering a message of youthful yearning. Unfortunately, for Dallas’ second selection, while her vocals were lovely, she should evoke a deeper sensuality for Cole Porter’s “So In Love” (Kiss Me Kate).

From Spain, Pepe Nufrio brought an easy natural presence and robust vocals to “It All Fades Away” from Bridges of Madison County (Jason Robert Brown), displaying impressive phrasing and understanding of the lyrics. Similarly, in “Softly As a Morning Sunrise” (Sigmund Romberg/Oscar Hammerstein II for The New Moon), he compellingly exposed the aching loss the character feels in the lyrics of the operetta.

Daniela Benitez from Chile turned to both pop and theater for her selections and was solid with both genres. “Run to You” (Jud Friedman, Allan Rich) was a hit for Whitney Houston and Benitez has a rangy voice that was influenced by Houston’s drama although it lacked Houston’s power. She was more than credible with Evita‘s “Don’t Cry for Me Argentina” (Andrew Lloyd Webber/Tim Rice), not overly theatrical but tracing the dramatic arc of the song.

From Brazil, Pedro Coppeti has a flair for comedy, that’s for sure, delivering an over-the-top, “I Am Adolpho” from The Drowsy Chaperone (Lisa Lambert and Greg Morrison) and oozing every wacky nuance from the self-important Latin lover. His second song was an Elvis Presley hit, “Fools Fall in Love” (Jerry Lieber/Mike Stoller) stressing the adolescent earnestness.

I Want to Be In America! was an engaging hour, on September 23, with remarkable talents who are working for the work visas and green cards so they can add their voices to the American songbook. All are fluent in English and all are trained in music and are names to remember and entertainers to follow. It’s a uplifting idea in the midst of a turbulent Presidential campaign.