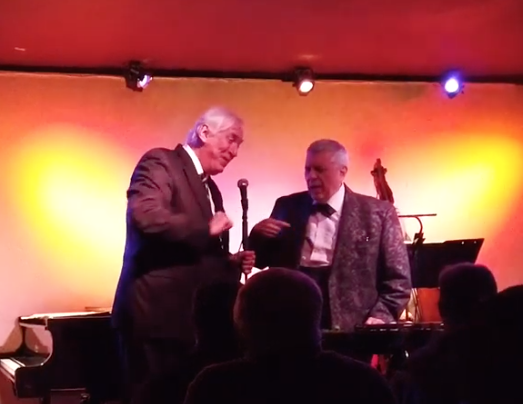 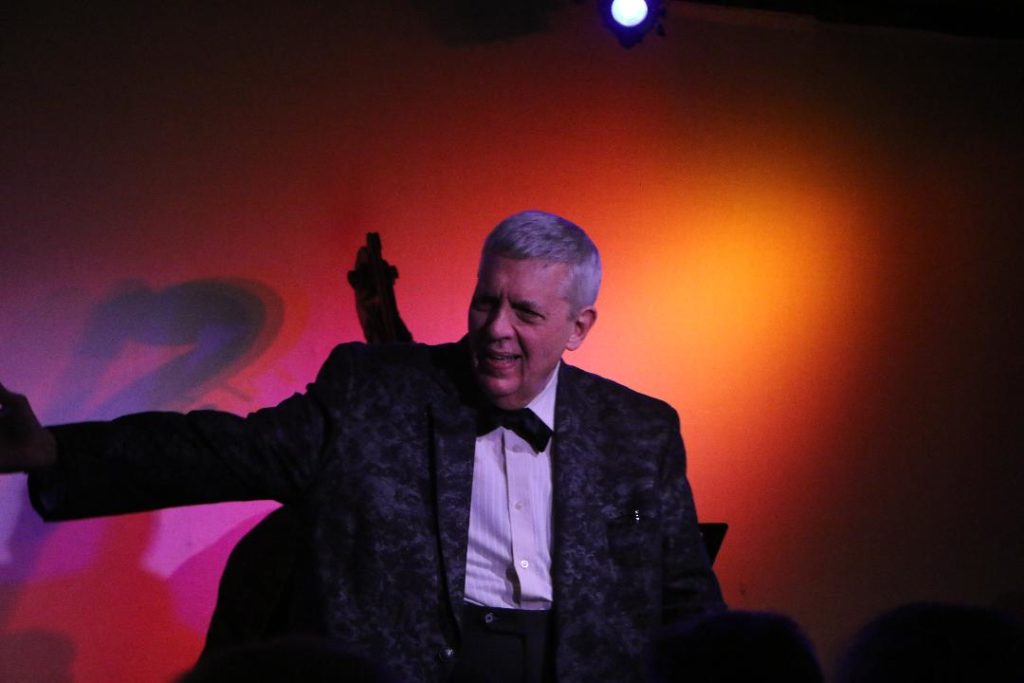 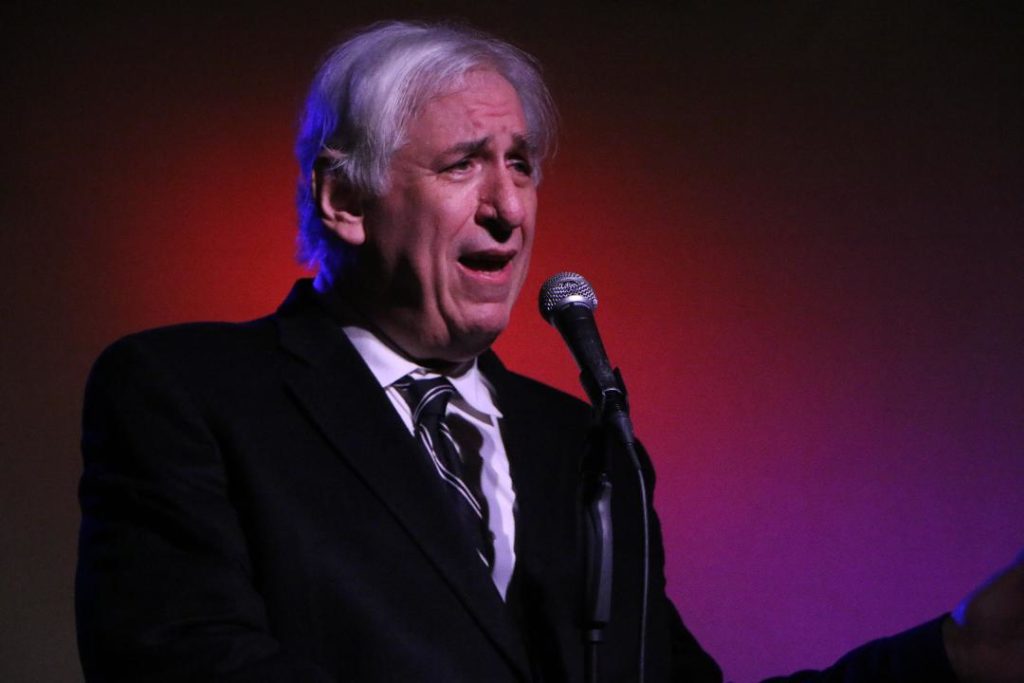 Fyvush Finkel of Blessed Memory was a very fortunate man. He lived long enough to achieve stardom in several venues during his over 8-decade journey from Second Avenue to Broadway to Hollywood. A TV series  “finally after 51 years,” allowed him to graciously accept an Emmy for his recurring role as Public Defender Douglas Wambaugh in Picket Fences.

As a father, Fyvush had two additional sources of pride and pleasure: Ian and Elliott, his loving, talented, versatile and supportive sons. Whenever I invited Fyvush to join the gang on the Joey Reynolds Jewish Hour – broadcast perversely Saturday mornings on WOR-AM from 1 to 2 am an off-limits time frame for observant Jews – I understood that their Dad was not to be transported hither and yon by irresponsible strangers, so my husband Alvin, that long-suffering saint, picked Fyvush up hither, in his lobby, and dropped him back off yon afterwards, and loved every second they spent together.

Ian, Fyvush’s firstborn, was introduced by his baby brother Elliott as the “George Clooney of the Xylophone” but Ian is considered The World’s Greatest Xylophone Virtuoso by everyone who hears or watches him play. Try finding Ian’s equal on YouTube or Vimeo as I did and you’ll agree that no xylophonist alive or deceased comes even slightly close to Ian’s passion, skill, flair or expertise. He plays with every muscle, sinew, bone and drop of blood in his body, not to mention all of his fingers which seem attached to the single or double mallets with which he coaxes or commands melody out of the music making wooden bars.

When I asked Ian why he choose to play the Xylophone, he explained that it wasn’t a choice. As the oldest son, he’d been expected to master the piano but both the white and black keys refused to process the instructions his fingers sent. Next, he tried attaching his embouchure to a trumpet, his second fiddle, with equally negative results. Then the xylophone caught his eye and captured his imagination and Hallelujah! That match was made in heaven. And we are all the happier and luckier for it.

Ian’s baby brother Elliott turned out to be the one who could seduce keyboards and became the family’s concert pianist instead. Elliott’s very impressive CV includes concerts at Carnegie Hall, the Kennedy Center, Hollywood Bowl and the White House. He’s also performed with the Los Angeles and National Dallas Symphony orchestras and others of that ilk. Elliott has toured with Ginger Rogers, Milton Berle, Theodore Bikel, Roberta Peters and Jan Pearce and, along with his brother, co-starred on Broadway with Sid Caesar and Michael Feinstein. As Elliott puts it, “I would have a really great resume if this was 1947.” Actually, Ian and Elliott at Don’t Tell Mama reminded me of the really top Las Vegas Lounge Acts of the 1950’s, like Louis Prima, Keely Smith and Sam Butera’s band. Each was tops alone but they were even better together. Like them, you can watch The Finkel Brothers more than once, each performance will seem totally fresh and new.

As in all their previous 2019 monthly engagements at Don’t Tell Mama, during their December show the xylophone wizard and the concert pianist kept a packed showroom happy with their brio and wit. Their dazzling backup band was made up of old friends including Martin Fisher on drums, Louis Bruno on bass, and Robert Kershoff on guitar. They played pop, jazz, Latin and gospel and countered Ian and Elliott’s banter with equally amusing repartee which made the ninety minutes whiz by too swiftly.

The show opened with a medley that began with what sounded to me like Jackie Gleason’s up-tempo introductory theme before segueing into a similar and lively “Everybody Loves My Baby.” Ian loves Latin, so his following Santana Medley flowed into “Mambo Jambo,” before pausing for romance at “They All Laughed.” Ian gave Cuban composer Ernesto Lecuona’s “Malagueña” a firm but lacy performance. What Ian’s fingers do with mallets is magical. Then it was Adios, South America and Hello, Harlem with Duke Ellington’s rhythmic masterpiece “Twitch,” which had lots of shoulders shaking.

When Elliott took center stage, he spoke about another set of musical brothers “born and raised in Brooklyn, like we were,” and explained how Gershowitz became Gershwin. George admired the comedian Ed Wynn so much that when he shorted the name he was born with, he added win in honor of funnyman Ed. Elliott’s first medley honored Gershwin and included “Summertime,” “I Got Rhythm,” and “The Man I Love.” Ian added that George Gershwin’s dream was to write something for the xylophone and joined his brother to demonstrate how “Rhapsody in Blue” might have sounded under those circumstances while duetting with Elliott. Their encore was the amazing and heartfelt, “Amazing Grace.”

The high point of the show for me was the love Ian and Elliott feel for each other. Each one takes a back seat when the other takes center stage and looks at his confrere with an expression that can only be described as kvelling with joy as his accomplished brother excels.

Ian and Elliott Finkel will return to Don’t Tell Mama on West 46 Street on Sunday February 9, 2020 at 7 pm.

Give yourself or someone you love this. Valentine treat of a show packed with melody, rhythm, wit and love.