ILENE GRAFF FOR THE HOLIDAYS 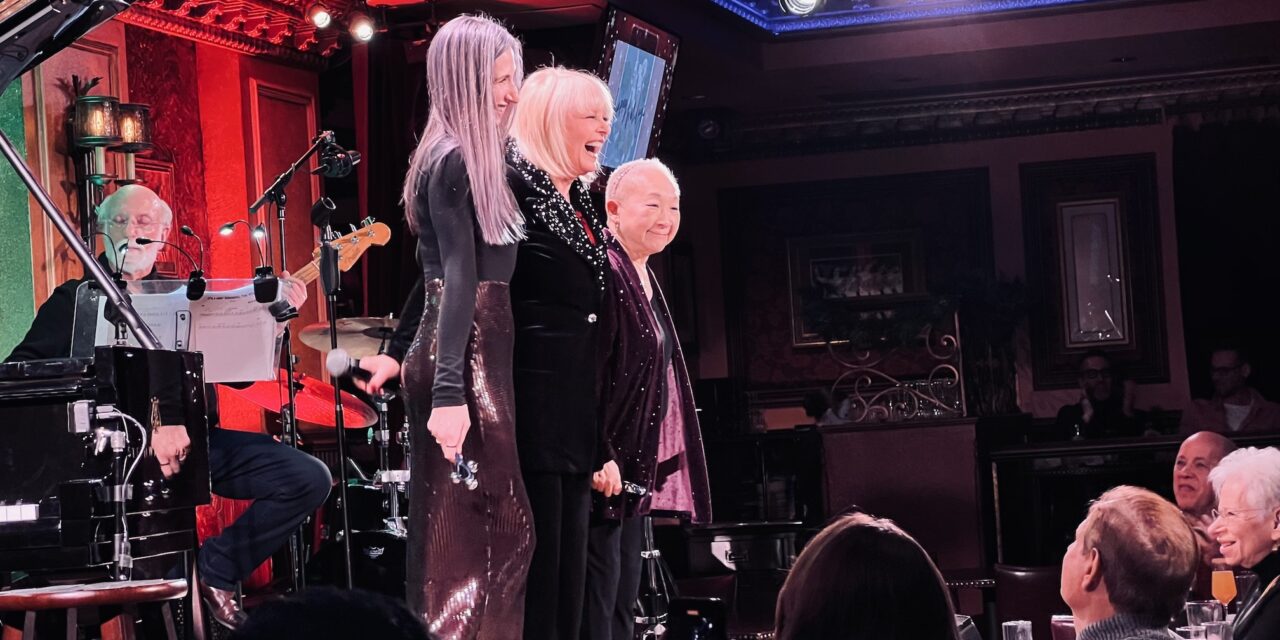 For anyone starved for the taste once achieved by the bygone slew of television specials that used to celebrate Christmas, brought to you by the likes of Dean Martin or Andy Williams, songstress Ilene Graff hosted and performed a throwback at 54 Below on December 28 which went out of its way to capture that seasonal brand of holiday joy. Live streamed as well, anyone in the audience or tuning in were treated to the sort of entertainment that is usually only available at “The Most Wonderful Time of the Year,” which served as Graff’s opening number. The song by Edward Pola and George Wyle was first introduced by Williams on his eponymous Andy Williams Show in 1963, the same year it won the Emmy for Best Variety Series. I’m of an age that I vividly remember the plethora of variety programming in those days, the warmth of which generated enough power to heat an entire apartment building. That they are now non-existent is a crying shame.

But shed no tears what with nostalgia on the agenda here, whereby old songs were played (after all, it was a Christmas show) and Graff’s sunny smile went a long way towards selling the intended good cheer. With a Broadway career dating back to being heard but not seen as one of the “orchestra voices” in Burt Bacharach’s ingenious score for Promises, Promises! (fellow cast member Baayork Lee was in the audience last night), Graff’s most viable claim to theatrical fame is having created the role of Cleo in 1977’s Cy Coleman/Michael Stewart musical hit I Love My Wife. She even had bass player John Miller step forward from his position onstage as a member of her band to perform Wife’s second act opener “Hey There, Good Times.” In that musical, Miller also played bass in what was a four-piece combo that never left the stage under Gene Saks’s ingenious directing, for which he won the first of his three Tony Awards. Melting the years away, Miller’s rousing rendition of the song was pure delight.

A family affair, the musical direction and arrangements were the work of Ben Lanzarone, Graff’s husband of forty-five years, a distinguished musician with pages of credits. Their daughter, Nikka Graff Lanzarone, who recently appeared in the Chicago tryout for the new Elton John-scored Devil Wears Prada musical, was on hand to deliver the irreverent “Lonely Jew” song from South Park and duet with her mom for a medley of Promises, Promises! songs (yes to “Turkey Lurkey Time”). Another guest was theatre, film and TV veteran Lori Tan Chinn, who played Bloody Mary in the 2001 TV version of South Pacific, which is where she and Graff met while filming in Australia. I’m not sure I’ve heard a more spellbinding version of “Bali Ha’i” than the one offered by Chinn; so rich and true, performed by a woman of a certain age that wove a magic spell. No hyperbole here. It was that good.

Highlights also included Graff’s outstanding jazz-turns of Richard Rodgers and Oscar Hammerstein “My Favorite Things” and “A Wonderful Guy,” particularly well-done with its Vince Guaraldi-style arrangement. And late in the evening, a paring of “Mama, a Rainbow” and “Poppa, Can You Hear Me?” was a stunner. The first, written for the 1970 musical Minnie’s Boys about the early days of the Marx Brothers, has been a cabaret staple for fifty years. But the idea of blending it with Michael Legrand and Marilyn and Alan Bergman’s Streisand hit from Yentl was inspired.

For a closer, we got a rowdy rendition of the Bruce Springsteen version of “Santa Claus is Comin’ to Town,” which if you don’t think qualifies as an old song, consider it was first introduced in 1934. For an encore, the always appropriate “Auld Lang Syne” (in sing-along fashion) was a splendid way to cap an evening of contentment and happiness in song, even if I still don’t know what its lyrics really mean.

And mark your calendar for Mother’s Day May 14, 2023, when Graff will be returning with her daughter Nikki (and husband Ben) for special pair of special concerts to celebrate family (one for brunch and one for dinner). Make your plans accordingly.