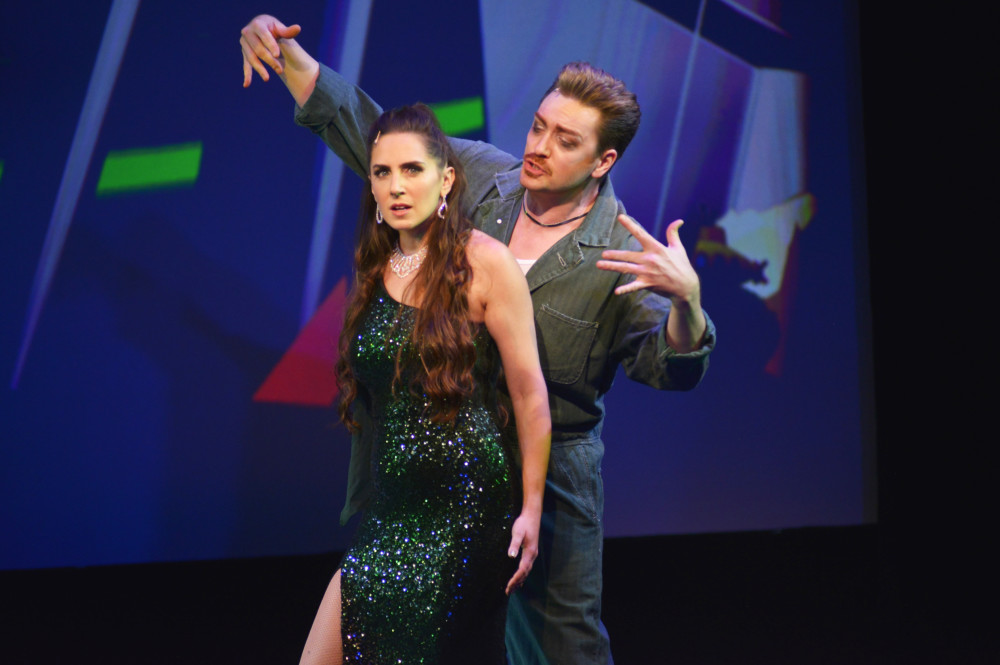 Alien lizards secretly rule Earth.  And their goal is to impregnate as many humans as possible in order to secure their rule.  However sound their plan, things aren’t going well and the current alien rulers are in jeopardy of losing their cushy Earth assignment.  Can a beauty pageant winner decried as an illegal alien save life as we know it?  No this isn’t one of those late in the show barely written “Saturday Night Live” sketches.  It’s a new musical showcased at the annual New York Musical Festival this entitled “Illuminati Lizards From Outer Space.”  Yuri Worontschak and Paul Western-Pittard are the creators of this enterprising, occasionally fun and funny production.

Many a high concept musical has worked both on Broadway and off.  “Little Shop of Horrors” – human eating plant bent on taking over the world.  “Be More Chill” – super computer pill turns geek into stud.  Most are from other elements of pop culture like a cult movie or book.  What makes these shows soar is the super special blend of wit, innovative music and lyrics, casting, production design and tight reign on the concept.  Where “Illuminati Lizards” falters is a saggy, somewhat repetitive script and under-baked songs.  And what the show needs is to lean into itself and pick a lane to mine more fully for the rich original potential inherent in its title.  Is it going to do more than a passing reference to illegal aliens and current presidents?  Or a send up of bizarre conspiracy theories? 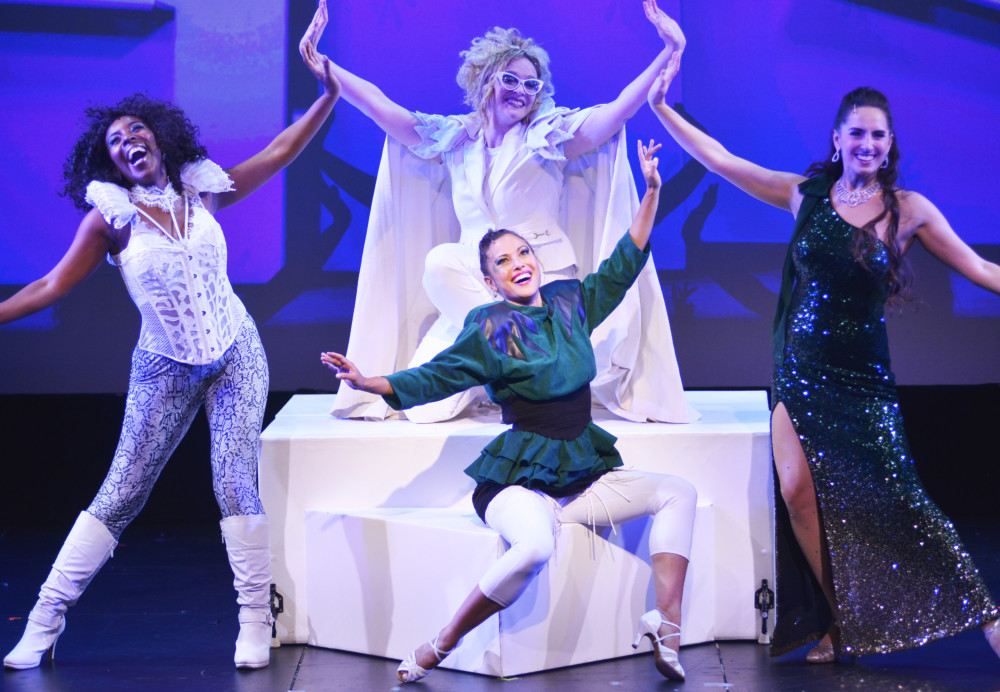 There’s a lot to like within the current production.  The video design by Lisa Renkel and Wayne Bryant is filled with cute animations, a supreme leader, interstellar space ship, beauty contest.  Coupled with Carl Tallent’s scenic design, these three set the stage really nicely.  The videos are pert and detailed.  Coupled with Jess Gersz witty costumes which hint at reptiles and Jamie Roderick’s peppy lighting this is a good looking production.

The cast is largely game, energetic and wholly talented.  Brian Charles Rooney excels particularly in the second half as his character comes into sharper focus.  A stronger characterization and some script tightening and he can become the credible villain the production needs.  He’s got a perfect villain sneer, powerful voice and pliably entertaining vibe which enlivens the production.  Emily Cramer brings a daffy veneer as the Lizard Overlord.  Joshua Hobbs oozes narcissistic sexuality and lifts many a musical number and peps up his scenes.  Daisy Hobbs character Raquel is woefully underwritten and motivated but her acting and expressions are enjoyable.  Tom Deckman’s German scientist Klaus is appropriately over-the-top and daffy.  And Dani Spieler’s beauty queen Tina sings beautifully while offering a decidedly perfectly daft buy in to the plot.  Celia Mei Rubin and Edward French dance solidly and embody a variety of wacky characters. 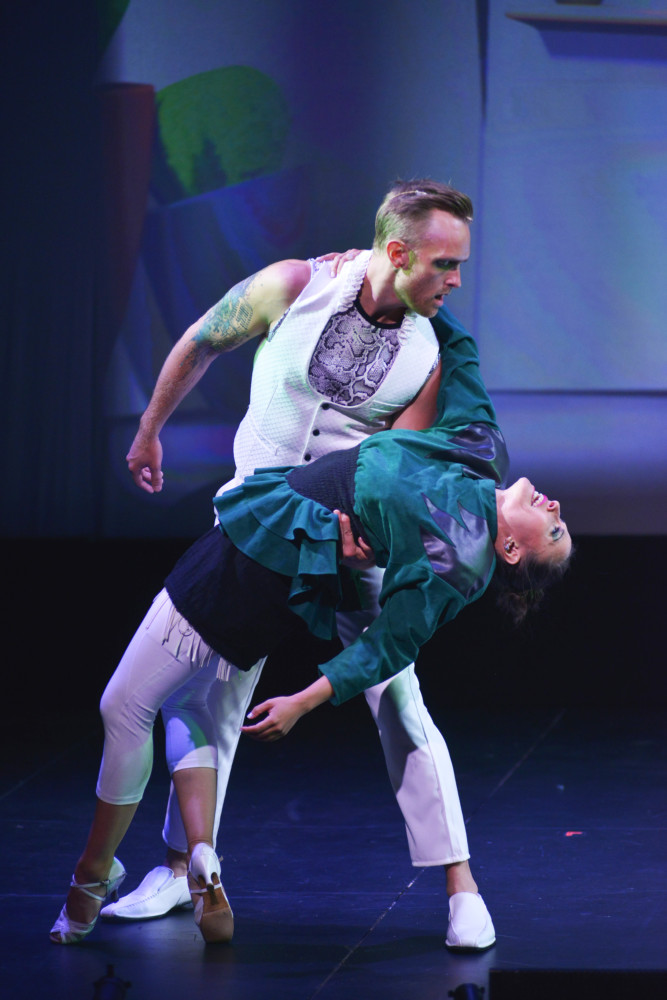 Paul Western-Pittard’s book sputters the story along.  There’s plenty of clever lines which the audience appreciated but stronger characters and motivations will make the entire proceeding more enjoyable.  Yuri Worontschak’s music is pleasant but given an under-whelmingly tinny sound design.

If you’re one of the purportedly 12 million people who believe reptiles run the government, Illuminati Lizards from Outer Space might be the show for you.  It’s full of promise with smart casting, occasional laugh out loud moments and a strong second half enlivened by Brian Charles Rooney.

Tickets and more information at nymf.org 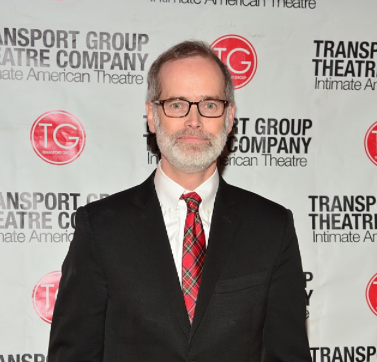