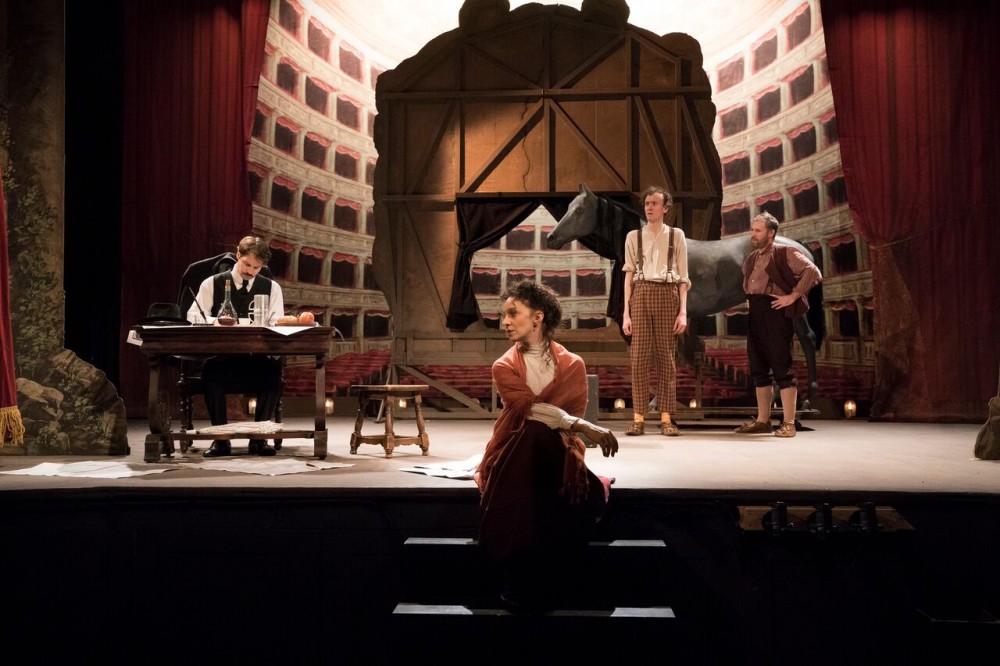 Love and hate are the companions of passion. These emotions are at the heart of profound and complex relationships that not even the lovers who say they love appear to comprehend but nevertheless, treasure. To experience such fire is to live life on the edge of reason where true artistry may be found.

Imperfect Love, a weighty comedy written by Brandon Cole directed by Michael Di Jiacomo presented in its world premiere by The Left Wing LTD in association with John Turturro, examines the lengths to which love and hate engender and enliven the perfection of dramatic art. Originally, Cole wrote the play and then with John Turturro configured a film from the play’s elements entitled Illuminata (1998) in which Turturro stars.

Cole’s Imperfect Love is inspired by the relationship between Eleonora Duse and Gabriele D’Annunzio. The Italian Duse (1858-1924) considered one of the greatest actresses of all time had a volatile, frenetic and highly public relationship with the poet, writer, journalist and playwright D’Annunzio. Cole mines the fields of their passion. He constructs an intriguing comedy in which the strains and jealousies of their relationship collide with their professional company’s well being. Yet these stresses form the basis upon which the company actors and playwright perfect the foundering dialogue to establish a more exceptional play. In Imperfect Love we recognize the great Duse as the character Eleonora Della Rosa (in a fiery, humorous portrayal by Cristina Spina) and D’Annunzio becomes Gabriele Torrisi (Rodrigo Lopresti is her cerebral and emotional counterpart). The time period in which these lovers and the acting company find themselves is a critical one, increasing the precariousness of their survival. Trends in European theater are evolving from the former mythic and Renaissance subjects to the psychological realism of Chekhov, Ibsen and others. Thus, the somewhat inflexible Torrisi must bend with the winds of change and reevaluate his work in the face of critical rebuke. This he prefers to avoid. But for the love and involvement of Della Rosa and their acting company, they would be finished. Indeed, if Torrisi fails, then Della Rosa falls. The urgency of the conflict arises when Della Rosa must decide whether to remain loyal to Torrisi’s production as flawed as it is or be wooed away by theater owners who wish her to perform in the exciting new plays of Ibsen, as intolerable as this trend is to Torrisi.

Will her love for Torrisi allow her to be dragged down with another failing production of his? Or will she retrieve him and the company from dramatic quicksand with a clever plan of her own to rework Torrisi’s inadequate play script? Problematic is her insane jealously of her competition, the exquisitely brilliant actress Sarah Bernhardt who Torrisi knows and perhaps has coupled with. To provide the succor, additional comedy, contributing love and support for this tumultuous pair, Cole has created a motley company of actors who work with Della Rosa and Torrisi. These include Domenica, Della Rosa’s leading man (portrayed by Aidan Redmond who is appropriately arrogant, injudicious and easily provoked by Beppo’s ridicule). And the engaging Commedia dell’arte clowns Marco (a marvelously funny Ed Malone) and Beppo (David O’Hara, his feisty, conniving and provocative equal) round out the acting troupe who have become like family to Torrisi and Della Rosa. These actors rely on Della Rosa to maintain her relationship with Torrisi, but all realize the jeopardy they are in if the play cannot be recrafted to draw the audience. This is a mirror within a mirror, a play with a play, and comedy/drama in reality.

The irony and depth of how the characters transform Torrisi’s play problems by realistically confronting the issues which impinge not only on Della Rosa’s relationship with Torrisi but also between the clowns and Domenica provide interest. The melding of the truthfulness of life’s passions and the drama of the play that Torrisi and the actors reshape delights. Their strivings echo themes about life’s drama and vibrant life in the dramatic. Indeed, this vitality is what the audience most responds to out of empathy with human imperfections.

Director Michael Di Jiacomo manages to strike a balance between comedic tones and the irony of actors playing parts that are more about living truth than mannered, overblown performances in an antique style. Kudos go to Gianni Quaranta for the sets and costumes.

Imperfect Love runs at the Connelly Theater (220 East Fourth Street) with one intermission until 18 February. You may purchase tickets at the website: http://imperfectlove.net/ 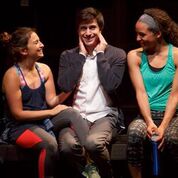 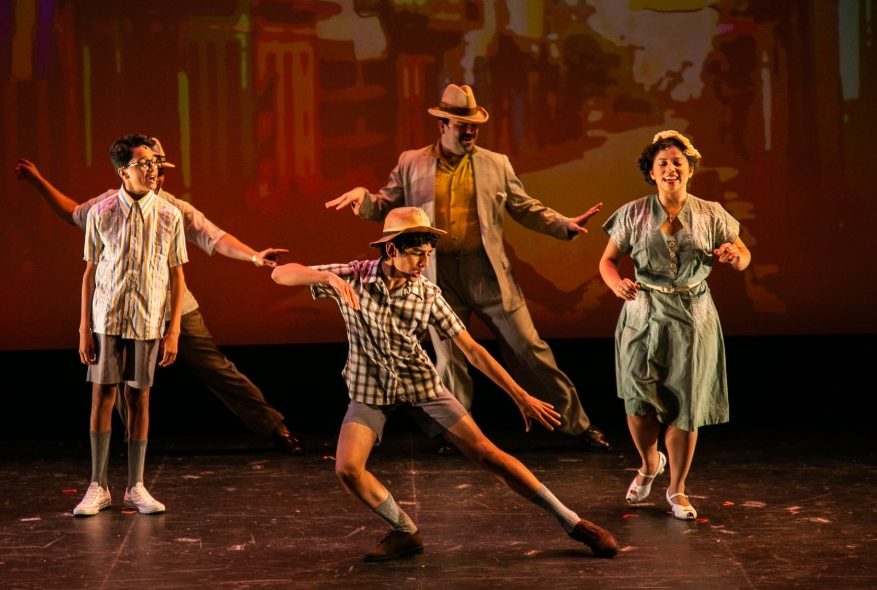