Improv Comedy at the Highline Ballroom 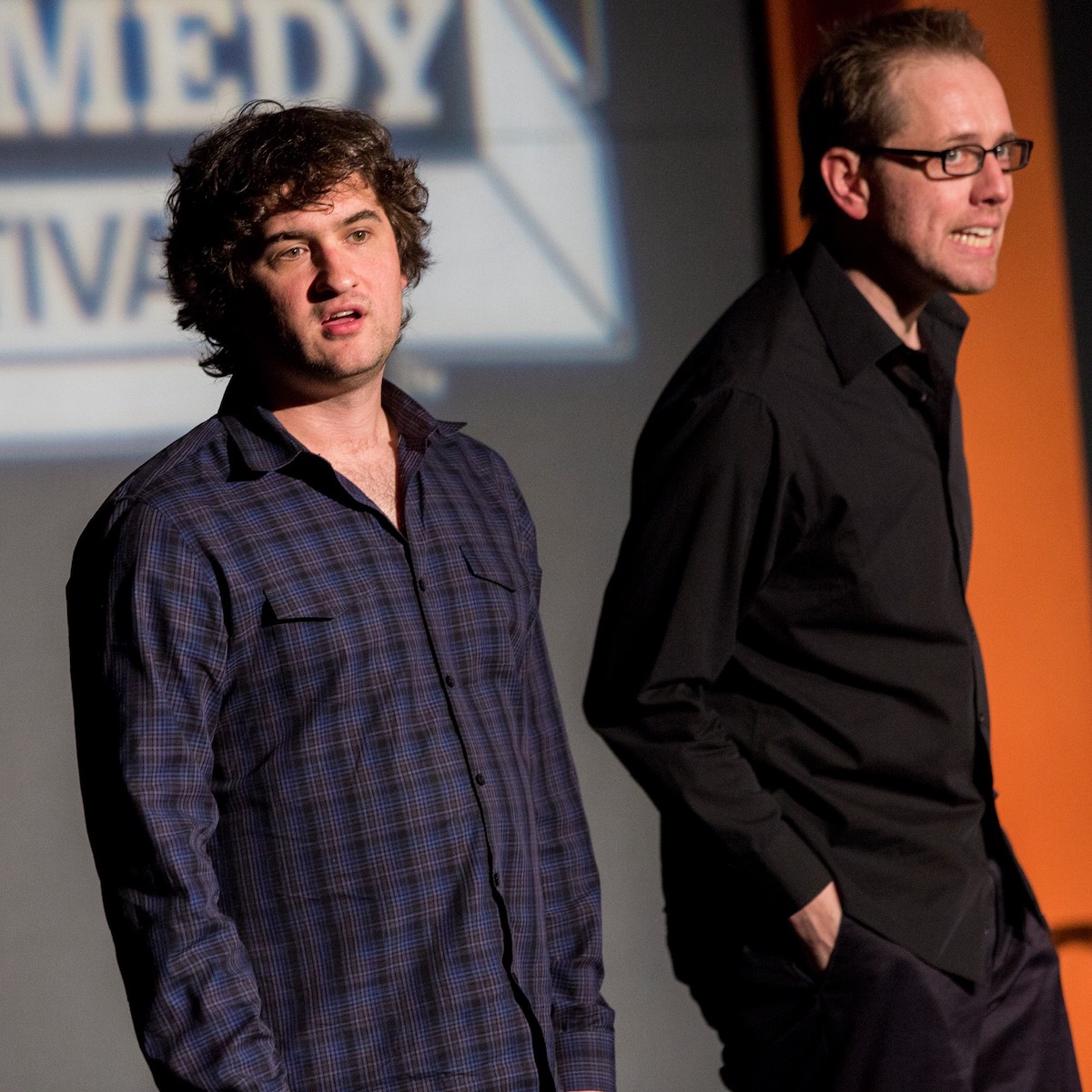 In the world of comedy improv, where anything goes, Hunter Nelson and Terry Withers maintain their roots. Former students at UCB who became house performers; they are now teachers of comedy who keep the audience on their toes.

In improv comedy, you’re “building an inside joke with the audience,” says Nelson. Ten years after their beginnings with improv festivals, Nelson and Withers are integrating old techniques, while bringing new ones to the NYC stage. “I used to do something called the Improvised Play which was me and six, seven other people, performing spontaneously generated plays in lots of different styles, David Mamet and Harold Pinter, and some other things,” says Nelson.

Improv comedy is different than acting. Spontaneity is key. Nelson and Withers engage their audience, keeping them firmly on all sides.

It’s a bit different than “monologizing.” Nelson explains, “The first time I ever used the verb, ‘monologizing’ was probably in the pejorative sense. In real life, it’s someone lecturing you, or won’t let you get a word in, you might say, can you stop ‘monologizing’.and let me get a word in. In improv, you have to let your scene partner in.” The show at the Highline Ballroom will prove to be a mix of the styles and sounds Nelson and Withers have presented in the past. “We want our show to be audience friendly,” says Withers. He continued, “I want to make sure that we fully give credit to Christian Capozzoli,” said Withers. “He helped us develop the show, by providing us resources and support directly through his theater, The Reckless Theatre, in New York. And, also by offering us his artistic take on our work.”

While freely riffing on the styles of David Mamet, Nelson and Withers “provide imitations of scripted monologues.” “There’s a rhythm to David’s plays, and we try to honor that,” says Withers.

The expansive potential of improv leaves a wide range of possibilities. Previously performing at Baltimore Improv Group, Nelson and Withers are waiting to see what will happen at the Highline Ballroom. In this world of improv that’s always changing, it’ll be interesting to hear who says what next.

“We were looking to bring the show back to NYC and so we were looking for a venue we could partner with. We sent them info and they chose us,” says Withers. “It’s exciting.”

David Mamet’s The New David Mamet Play: An Opus Attaining Masterpiece will be performed at the Highline Ballroom on March 7.  www.HighlineBallroom.com