Indeed Melissa Errico is Not Only Funny But Sensational! 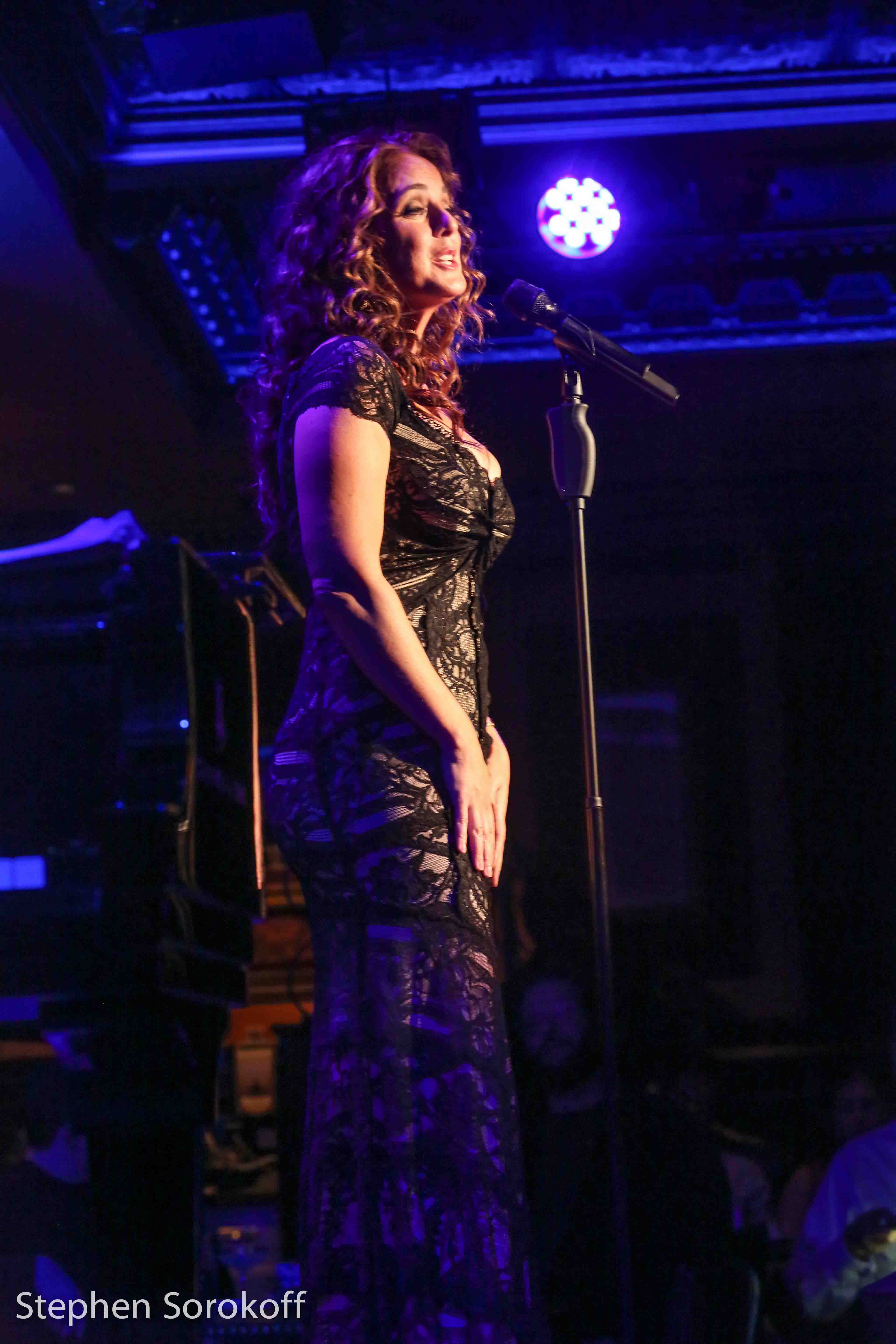 As my table mate and writer MR Anderson noted to me, “she’s a perfected traditionalist who can put on all the pomp and circumstance required of her austere grace . . . but then can throw it away with a gut-busting humor of real life saga.”

In Melissa Errico’s return to Feinstein’s/54 Below with Funny, I’m a Woman With Children!, it’s always evident that husband Patrick McEnroe and their three daughters are numero uno. And so flow the everyday stresses of her world in and thru her song choices – pouring like clear rapid running water, showing off her loveable, winning personality and the purity of her well-trained voice. From humor-laden quips about losing her fake eyelashes whenever she closes her eyes, to revealing information about her Rent-The-Runway gown (which was gorgeous), her “Secret of Life” (James Taylor) is no secret anymore. Melissa’s got that “it” factor whether it’s in a joyful “Small World” (Styne/Sondheim) or exuding girlish charms and expectations – “First Time Ever I Saw Your Face/Marry Me A Little” (MacColl/Sondheim) – her expressive storytelling relating the inner emotional intent and turmoil.

The family’s recent move to the burbs highlighted more informational tidbits – APPS – yes, those technological wonders. This one: Ghostbusters to clear out who knows who or what that may still be lurking in the new house. She’s a busy one keeping hubby Patrick updated while he’s announcing the finals match at the U.S. Open!

With opening night guest, Metropolitan Opera tenor Richard Troxell (her recent co-star in Encores Do I Hear a Waltz?), together they mesmerized with the title song and alone he soared with “Take the Moment.”

“Something New in My Life” is a rapturous story of new beginnings, as she moves easily through landmark life events (being the most recent Eliza Doolittle on Broadway and the unending questions from 3 little girls), keeping the sizeable set list chugging along noting an excitement of discovery through the new cannon of “crazy mothers” she can now play. She bids adieu with Jason Robert Brown’s “Always Better” and sums it all up encoring “How are Things in Glocca Morra” (Lane/Harburg). Her one-man orchestra Tedd Firth is front and center and at her side every moment, his exceptional musical aptitude co-existing with Melissa in a mix that fills the room with more sound than one would think possible for two people. Direction is by Robbie Rozelle.

Melissa Errico is the real thing, her voice a palette of colorful sounds and nuances that grab, holds and doesn’t let go until she’s ready to release.

There are different guests scheduled to appear including Ryan Silverman on 9/23 and Will Swenson on 9/24.

Addendum: Photos on Friday 9/23 by Maryann Lopinto Below In the Green Room with Marilyn Maye