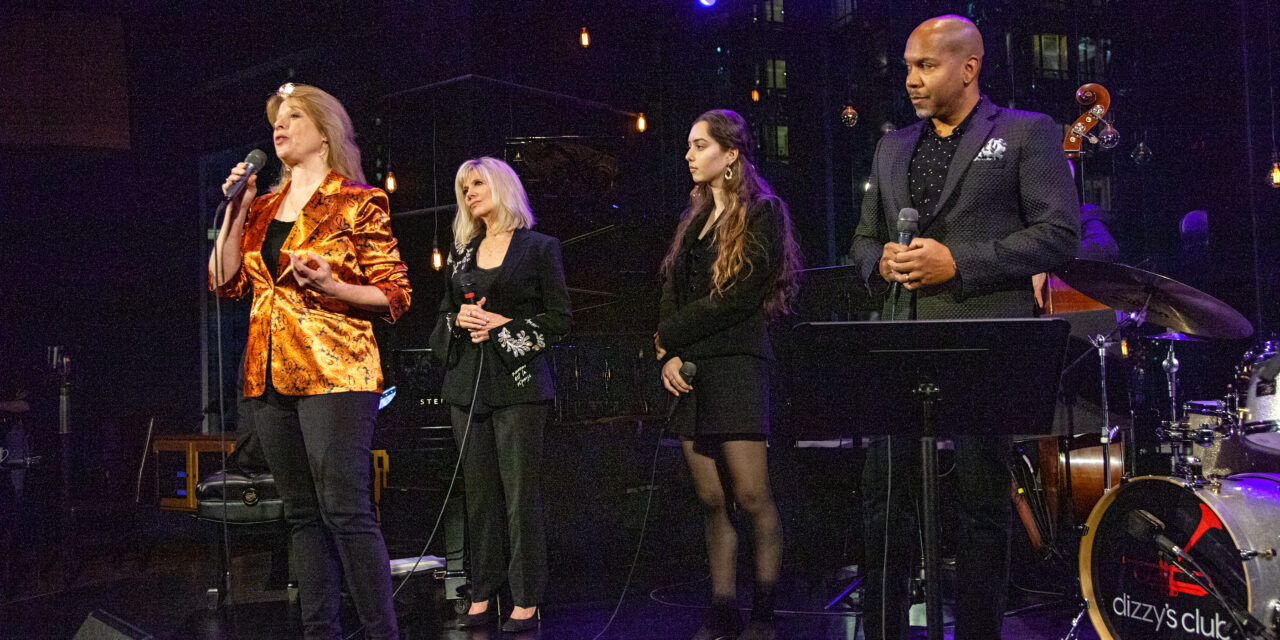 Irving Berlin, known widely for composing music for films like White Christmas and Top Hat created the sounds that we find unmistakable.  The rhythmic tones of the Jazz Club kept the toes tapping with such memorable tunes as “Cheek to Cheek” and “White Christmas.”

Hosted and curated by Deborah Grace Winer, there was a great flow to the evening.  Irving Berlin’s life was nothing short of extraordinary.  Throughout the evening, we learned about Berlin’s humble roots on the Lower East Side, before creating the popular songs that we all love today.  Living to be 101 years old, Irving Berlin had an incomparable success pattern in the film industry, creating a soundscape for Fred Astaire and Ginger Rogers.

The evening began with Debby Boone singing “There’s No Business Like Show Business.” In a lively presentation, the artists brought the joy of music to the stage.  Anaïs Reno continued with “Remember.”  Then, Darius de Haas delivered an energetic rendition of “Isn’t It a Lovely Day to Be Caught in the Rain?”  His broad presence carried past the front row where I was sitting.  Sharing the warm, uplifting themes of Irving Berlin’s music, Darius de Haas found the reassuring glimmer of hope.  Then, Debby Boone continued with “Let’s Face the Music.”  With that, I wanted to dance.

While some of the music was refreshing, other songs carried a somber memory.  “Supper Time,” sung by Anaïs Reno, the song about a lynching in the 1930s showed a vast range of emotion.  Feeling the loss, while waiting at home, Reno found phrasing that was careful and articulate.

Then, in the instrumental “How Deep is the Ocean,” the saxophone responded to the piano and the piano responded to the drums.  It was clever.  With Music Director Joe Davidian at the piano, there was an easy way to appreciate the sounds created by Jerome Jennings on drums, Abdias Armenteros on tenor saxophone, Jay Leonhart on bass.

Jay Leonhart stole the show with a bit of comedy in his rendition of “Change Partners.”  His articulation on the microphone was superb.  Next up was the classic “White Christmas.” Finally, all the singers joined together for a bright send off with “Let Yourself Go.”  It made me want to tap my toes again.  I couldn’t be more thankful!