ISAAC MIZRAHI LIVE AT 54 BELOW 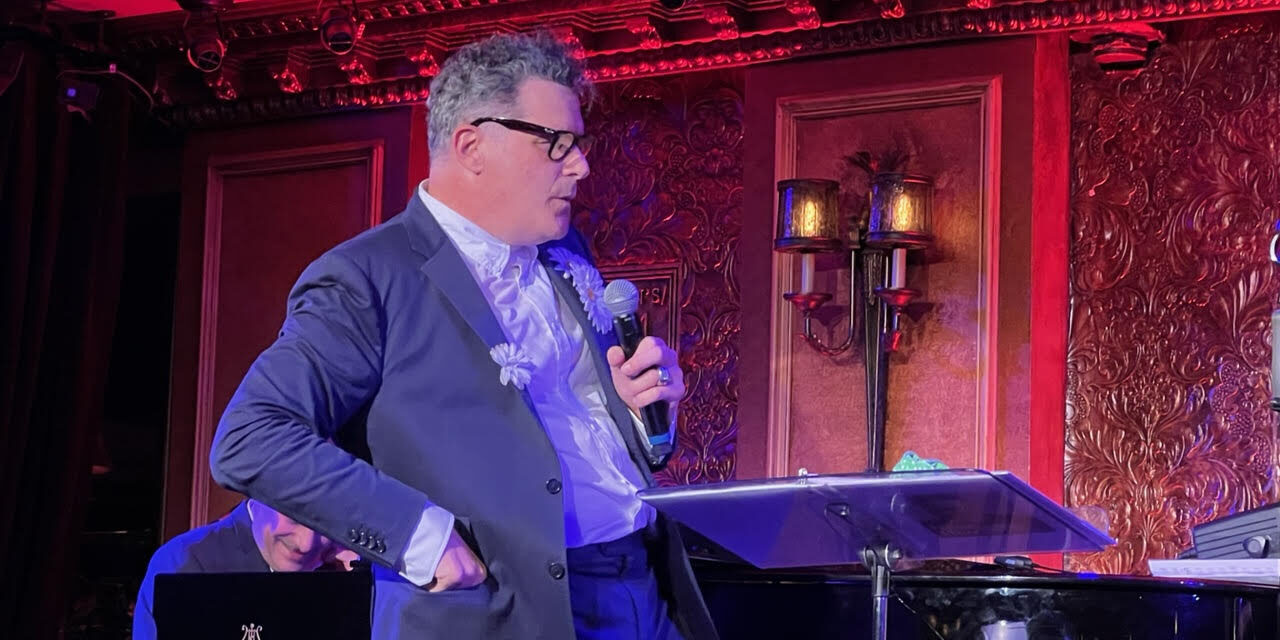 At the latest iteration of Isaac Mizrahi’s cabaret act, which opened a four-night engagement at 54 Below last evening, I was struck when I checked my watch twenty-five minutes into the show that he had only sung two numbers. But that’s Isaac Mizrahi for you. Unlike most cabarets, audiences come expecting more from the patter than they do from the singing, which is not to say Mizrahi doesn’t deliver, backed as he is by an ace band. Still, you can always expect your entertainment dollars to be well spent in his company as no one leaves disappointed. Mizrahi is a natural at keeping an audience’s attention; indefatigable energy driven and hilarious to boot.

If you don’t know much about him, he’ll tell you. As a prominent celebrity for more than thirty years now, Mizrahi has shown his talents in enough different fields to qualify as a true Renaissance man. He hosted his own talk show for seven years, wrote three books, served as judge on Project Runway for seven seasons, directed operas and musicals— not to mention his work as a renowned fashion designer. That he’s a fine singer with excellent taste in songs shouldn’t come as too much of a shock.

His opening song, Leslie Bricusse and Anthony Newley’s “The Joker,” is not an easy one to sing. But by putting his heart and soul into it, Mizrahi belted it out, setting the stage for what was to come: loads of laughter and the covering of songs made famous by everyone from Streisand to Madonna to Billie Eilish. At the very top, he told the audience that “I’m having a Xanax-influenced summer and, therefore, not responsible for what comes out of my mouth.” Making good on that promise, he stayed unfiltered and spontaneous throughout, much to the glee of the crowd. Often singing while still wearing his reading glasses (he refuses to apologize for cheating with his lyrics since the time he discovered Streisand does it too). His comments on current culture are not only funny, but dead on. “Dick pics are replacing dicks. I’ll leave you with that thought. Good night.”

And trust me, calling himself “Liza with a penis,” was only the tip.

Constantly raising a glass and having the audience toast his many bon mots was a happily recurring theme. Calling his tributes to booze “the opposite of an AA meeting,” the merry minstrel in him was pure delight. He excelled when rewriting Cole Porter’s “You’re the Top,” so fresh that it included lyrics about the raid on Mar-a-Lago, he also managed to work in references to crack whores and monster cocks. Yeah, it was that sort of evening.

And then just when you least expect it, Mizrahi proves he can movingly croon a tune, as he did with Sondheim’s “One More Kiss” from Follies. Not your standard cabaret fare, he handled the usually operatic song deftly with tender loving care.

His show last night featured a first-rate jazz trio led by musical director Ben Waltzer on piano and featuring Neal Miner on bass and Stefan Schatz on percussion. Mizrahi’s rapport was a pleasure as he riffed with the musicians joyfully all night long.

As mentioned, this is the first of four nights at 54 Below through this Saturday the 13th. If you’ve never experienced Isaac Mizrahi live for near-ninety minutes of unbridled fun, what are you waiting for?