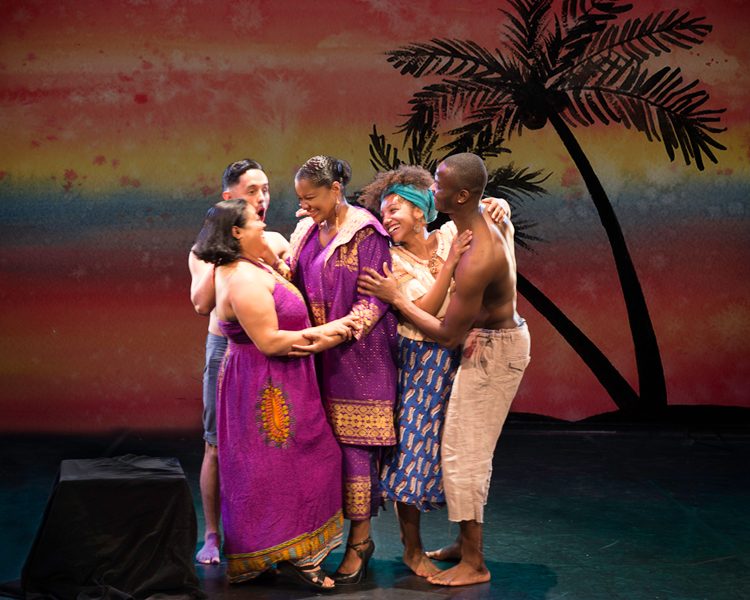 The original production of Jamaica, with music by Harold Arlen, lyrics by E.Y. Harburg and book by Harburg and Fred Saidy, was troubled from the outset. A major problem was producer David Merrick’s displeasure with the book, which pointedly addressed social issues such as nuclear proliferation, materialism, class struggle, exploitation and discrimination. Merrick gutted the book, building a revue-style show around star Lena Horne. Despite the cuts, Jamaica still has plenty to say and this smart HRT production communicates it with gusto. The book of HRT’s production is a contemporary revision by Art Perlman, which shifts some of the original show’s numbers in an updating of the plot. Harold Arlen’s semi-calypso score remains tuneful and delightful, despite the passage of time since the calypso craze of the 1950s. HRT’s updated arrangements of marvelous numbers such as “Push the Button,” “Monkey in the Mango Tree,” “I Don’t Think I’ll End It All Today,” and “Ain’t It the Truth,” were skillfully played by a quintet lead by music director Jameel McKantry. Jamaica is set on the fictional Pigeon Island, off the coast of Jamaica. The story follows Savannah (Taylor-Rey Rivera), who longs to leave the island for the excitement of New York City, and whose dream may come true when an opportunistic businessman (Daniel Fergus Tamulonis) from New York arrives to exploit the island’s resources – much to the vexation of Koli, the “simple” fisherman who loves her (Jason Johnson). Through complications and a major reveal, Savannah and Koli realize they are meant for each other. Rivera’s Savannah, while enthusiastic and charming, suffered from uneven acting and vocalizations, while Johnson, of solid voice and earnest ability, fell short on the dynamism needed to woo a girl like Savannah. Similarly, Tamulonis’ city slicker Joe Nashua was overly restrained, even though he had the perfect look for the part. The secondary couple, Ginger and Cicero, played respectively by Barbyly Noël and Chris Price, were pricelessly portrayed. Price’s flair for comedy and Noël’s sheer possession of the stage with sass and attitude made these two a joy to behold. Their duet, “Little Biscuit,” and Noël’s lead on “(Hooray for de) Yankee Dollar” and “Leave the Atom Alone” were sublime. Corean Robinson as Mama was an especially strong and authentic anchoring presence, with a glorious voice. She shone particularly on her solo number, “Napoleon,” doubling as a nightclub singer in a fantasy sequence. Child actor Treymal R. McClary as Quico provided a cuteness factor high in unbridled enthusiasm. Director-choreographer Keith Lee Grant makes full and able use of the open environment of the Tato Laviera Theatre, with the actors performing throughout the space. Choreography was entertaining, if not groundbreaking, but the two dance numbers which bookend the production, performed to recorded music, added little to the substance of the show. Minimal set elements were offset by creative projections and clever animations – especially those spoofing current politics – by Edward Corcino. Mary Myers provided colorful costume design. Lighting and sound, both uneven and often distracting, were designed respectively by Ervin Vasquez (who also served as stage manager) and Qadir Forbes.

Jamaica plays in repertory at the Tato Laviera Theatre at 7 PM through March 24, 2018. For the full schedule, go to www.harlemrepertorytheatre.com 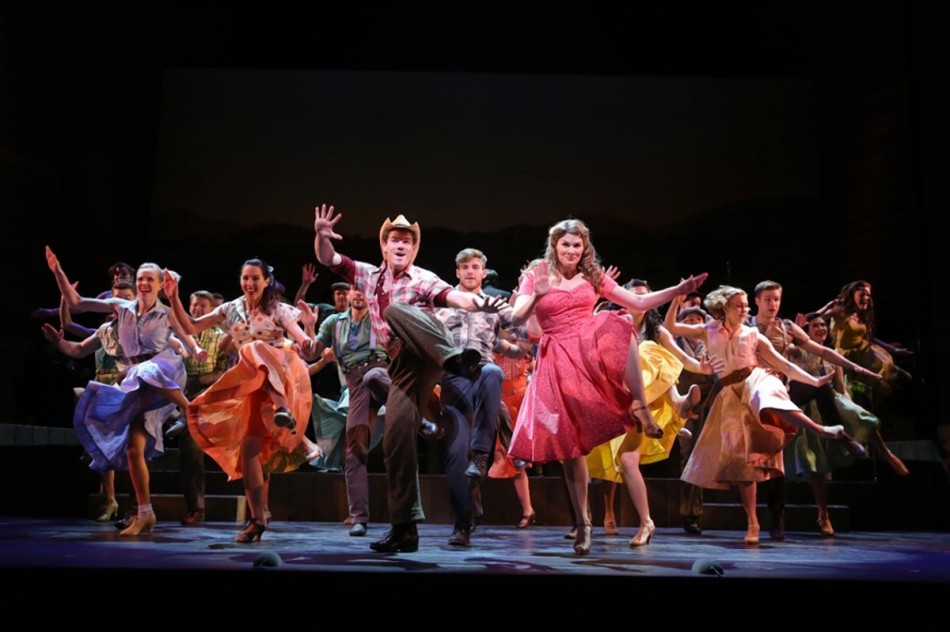 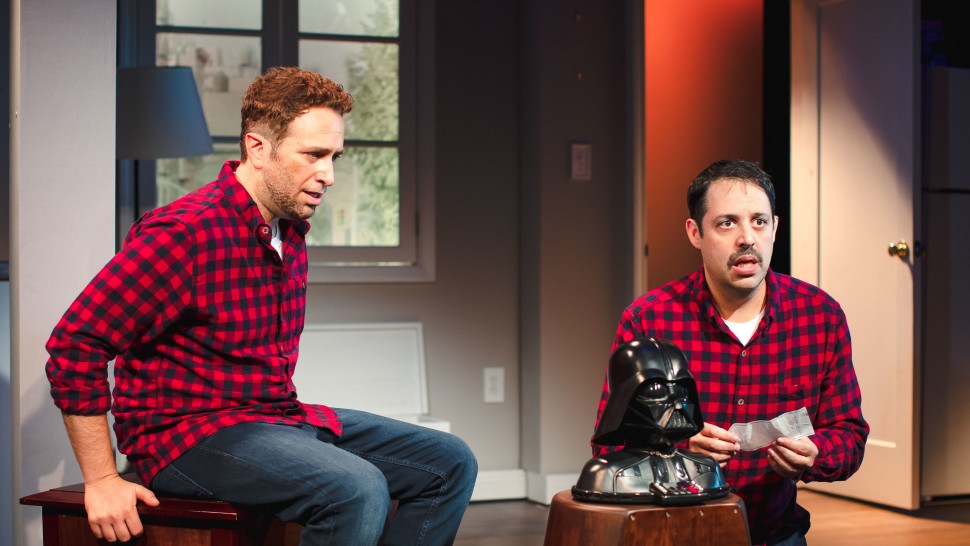