Jamie deRoy Is Having Some Birthday Bash! 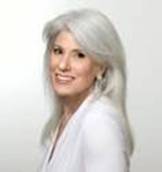 Jamie deRoy (triple Tony Award winner as producer on A Gentleman’s Guide . . ., Vanya and Sonia . . . The Norman Conquests) will be celebrating her 25th Anniversary of her Multi MAC Award-winning Variety Show Jamie deRoy & Friends at her 40th Annual 30th Birthday! (OK you do the math)  And, oh, what a celebration this will be on Monday, November 9th at 7:30 pm at the Gerald W. Lynch Theatre at John Jay College. 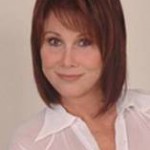 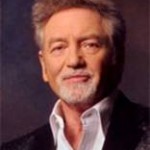 The stars of the evening include Robert Cucciolli, Jay Johnson and Luba Mason who are joining previously announced Joy Behar, Larry Gatlin and Michele Lee to topline the gala benefit along with some surpise guests still to be announced!

Barry Kleinbort will direct, and Ron Abel will serve as musical director for the full stage band.

Proceeds from  the evening benefit The Actor’s Fund new program, The Jamie deRoy & Friends Cabaret Initiative.he program has been created to assist people working in the cabaret industry who seek help for medical needs and concerns made available through the comprehensive services and programs at The Actors Fund.

Jamie deRoy has also won eight MAC Awards, four Back Stage Bistro Awards, eleven Telly Awards and CaB Magazine’s Lifetime Achievement Award for her extensive work on both stage and screen. Jamie has appeared onstage with the late & legendary Joan Rivers and has headlined at many of New York’s major clubs.