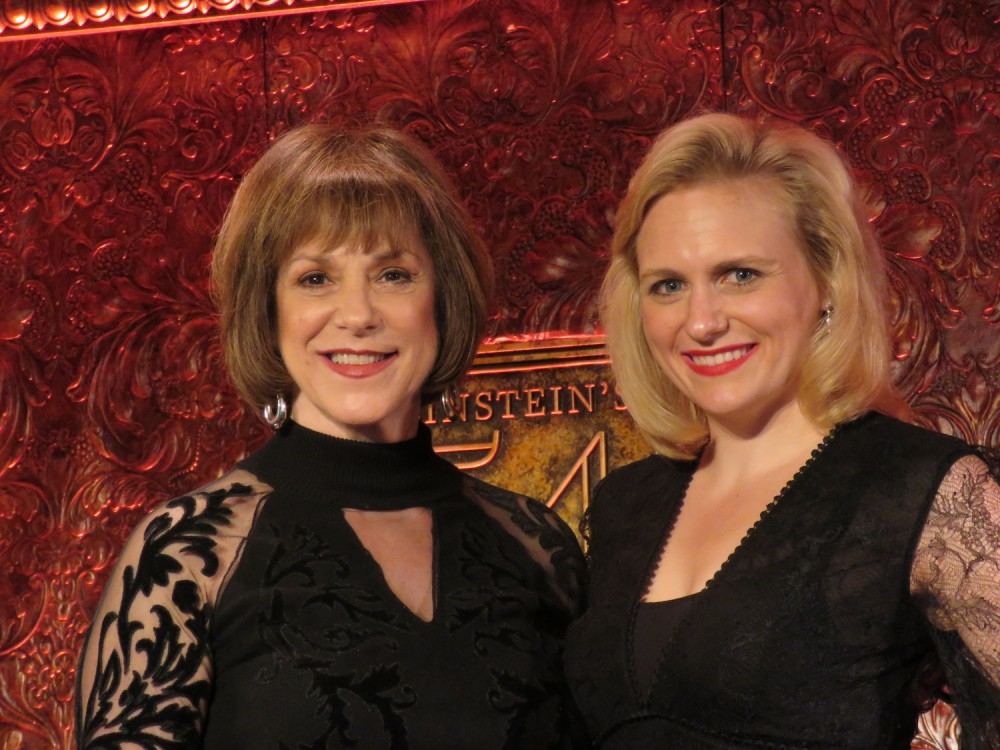 Appearing together at Feinstein’s/54 Below are Jana Robbins (The Tale of the Allergist’s Wife, Gypsy, I Love My Wife) and Haley Swindal (Jekyll & Hyde, White Christmas, Sweeney Todd) where they will perform “The Songs of Kander & Ebb: We Just Move On!” on August 30 at 9:30 pm and September 6 at 7 pm.  The show is part of Feinstein’s/54 Below Summer 2018 Concert Series: Duo Shows at 54. Theater Pizzazz attended a press preview recently where the duo performed and offered a peek into what their show is about, with Joe Goodrich on piano. Be prepared to hear some of Kander and Ebb’s best known songs as the duo tells tales of their hopes and dreams, challenges and successes – on stage and off!

This promises to be quite an entertaining and emotionally filled evening featuring these two Broadway divas.

And, if you want to see more of this twosome, check them out off Broadway in This One’s For the Girls at St. Luke’s Theater.