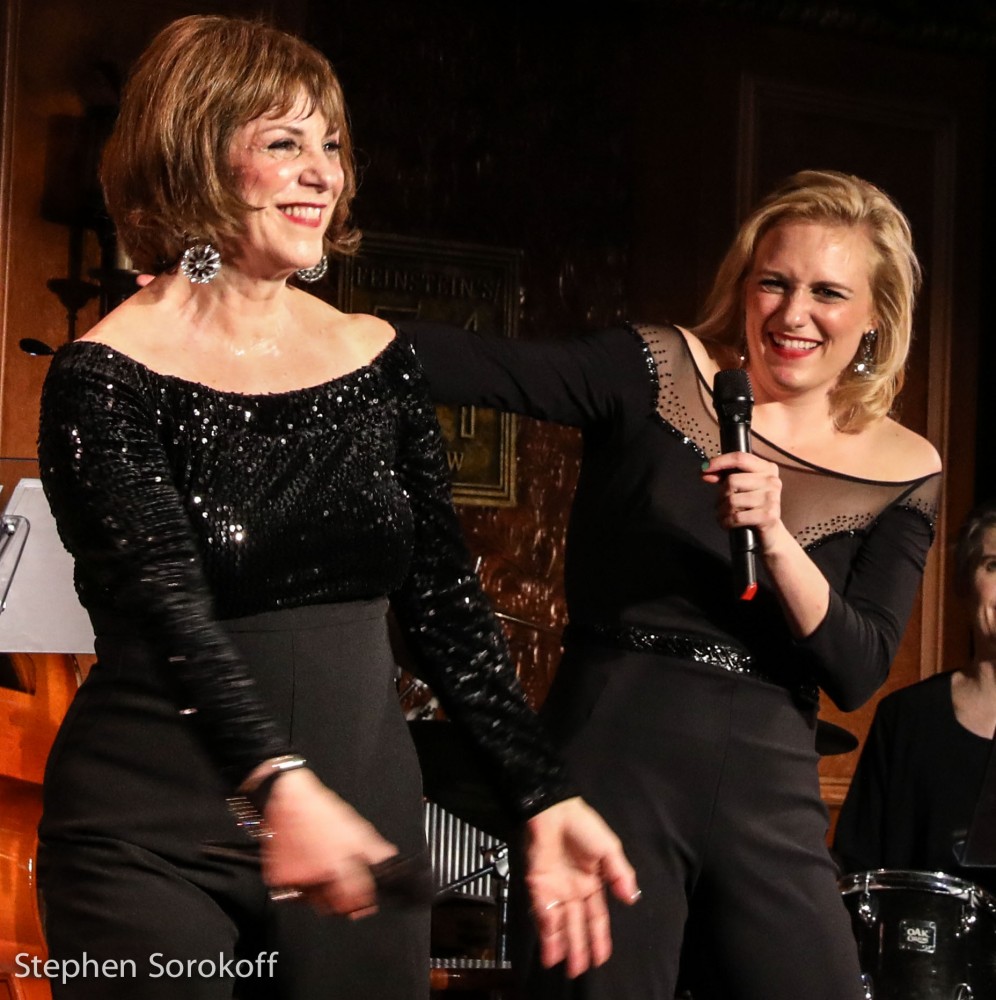 The Songs of Kander & Ebb – They Just Move On! Happily Jana Robbins & Haley Swindal’s Songs of Kander & Ebb are already scheduled for a repeat in February 2019 at Feinstein’s/54 Below. Yes, they were quickly rebooked so those unlucky folks who didn’t have the opportunity to see them either on August 30 or September 6, now can. These two hot tamales share a passion for fun, flair and anything/everything Kander & Ebb!

With Joe Goodrich on piano, Barbara Merjan on drums and Matt Scharfglass on bass they rocked the room with the sadness, gladness and mostly upbeat tunes from many of K & E’s hit shows. Why Kander & Ebb? Simply because they tackled life’s questions. . . and Jana and Haley seem to have all the answers!

In a jam-packed room filled with the who’s who of theater and entertainment: Frank Wildhorn, Laura Osnes, Joan Ryan, Steven Reineke, Rob Fisher, David Henry Hwang, to name a few, the stage was alive with excitement as these gals kept the pace moving on with tunes like “All That Jazz” (Chicago); Jana’s poignant “Life Is” (Zorba); Haley’s upbeat “Yes” (70 girls, 70); and paying full homage to The Rink “Chief Cook and Bottle Washer” (Jana), “Colored Lights” (Haley); Funny Lady “How Lucky Can You Get” (both) and some clever and funny added parody lyrics to “Grass is Always Greener” (Woman of the Year) – – – – i.e.

You know all the Yankees/You Produce on Broadway

Your husband is an agent/what’s so wonderful, he makes me pay commissions

They have a lot in common, each having played the role of Sally Bowles and both currently appearing together in This One’s For the Girls. They’ve got charisma and are the ultimate pros transmitting terrific acting skills, great emotion and their huge  razor-sharp talents. With a little patter and chatter, we get to know them on a personal level – Jana’s 96 year old Mom and Haley’s parents – all present – all sharing the loving family photos projected on screens of Jana’s grandkids and Haley’s young daughter in an emotional “A Quiet Thing.”

With solid and savvy direction by Jana Robbins, the night flew by enveloping the audience in a high level, well conceived and produced evening of cabaret. Only it felt much more like a mini Broadway show!