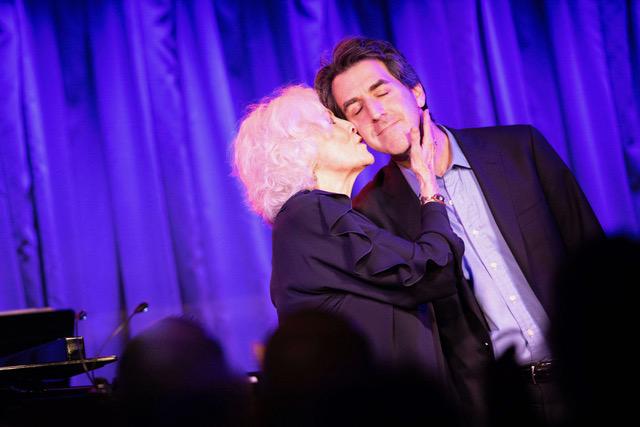 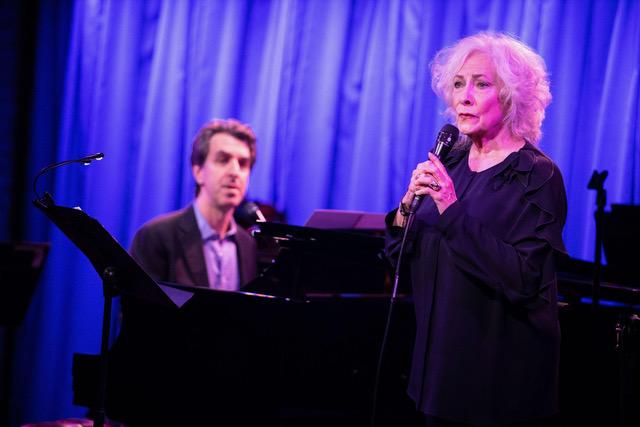 Let’s start at the end, shall we?

After entertaining a sold-out crowd at SubCulture in downtown Manhattan for nearly ninety minutes, Jason Robert Brown and Betty Buckley teased us with an introduction to their encore by detailing a story of how (after a twenty-year friendship) their mutual love affair with Leonard Bernstein’s score to West Side Story has bonded them. They have long dreamed of putting their teamed egos to good use and perform all of it, leaving the door open for the final sounds and images of their concert to feature Brown’s Maria and Buckley’s Anita belting out “A Boy Like That” and “I Have a Love.” At first, it was comical with a growl that came out of Buckley and Brown trilling his “r” while singing “orrrrrr so you said.” But then, the beauty took over and with it the melancholy richness of Bernstein’s music. What at first was funny, grew sad. Art triumphs in the end… which is what this concert was all about.

Betty Buckley has been a star of the Broadway stage for fifty years now. And I’m one of the few that can say I saw her before critics and audiences anointed her as such. I was in the audience at the final Saturday matinee preview performance of the musical 1776, before its Sunday night opening on March 16, 1969. I was twelve years old, and Ms. Buckley a mere decade older than I, had just recently gotten off a bus from Fort Worth, Texas to hopefully begin a career in musicals. 1776 was not only her first job in New York, it was her first audition… on her first day in the city! The story is legendary—then again, so is she. And on that Saturday afternoon I was dazzled by her gorgeous vibrato in her solo “He Plays the Violin,” leaving me a fan forever. Over the years, her singing and acting have crossed all genres: television (Eight is Enough), film (Carrie, Tender Mercies), Grammy nominations and, of course, Broadway musicals (Cats—her single Tony Award—and The Mystery of Edwin Drood).

Jason Robert Brown (also like Buckley) was once a young person possessed with a magic touch, performing and composing for the professional theatre in his early twenties. Now closing in on age fifty, he has become a composer/lyricist of insightful maturity. All of the songs presented at SubCulture of his creation were moving and thought provoking, running the gamut of emotions, much like the best of Bernstein, whom he and Buckley so rightly admire. Opening the evening with “Hope,” the lyrics perfectly set up his ambitions and frankly, his quest:

I come to sing a song about hope.
I’m not inspired much right now, but even so,
I came out here to sing a song. So here I go.
I guess I think
That if I tinker long enough, one might appear.
And look! It’s here.
One verse is done.
The work’s begun.

That’s tantamount to “he had me at ‘hello.’”

Brown’s various shows were represented with songs from The Bridges of Madison County, The Last Five Years and Songs for a New World, among others. Mention must be made of Buckley’s final song, “Love Again,” in which she shined brightly, her artistry manifested in her superb interpretation of the lyrics, caressing the words effortlessly in perfect harmony with the music.

And the musicians, whom Brown treats with such care and respect, truly brought out the joy and splendor of the music in their playing. Mention must be made of the contributions from Todd Reynolds (violin 1), Kiku Enomoto (violin 2), Monica Davis (viola), Khari Joyner (cello) and Randy Landau (upright/electric bass). 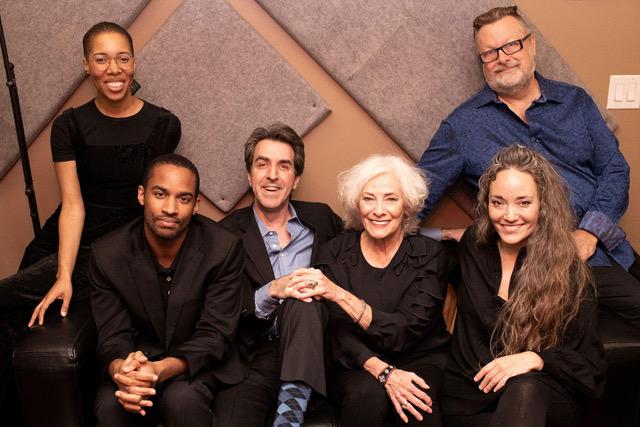 Jason Robert Brown’s residency series at SubCulture has now encompassed more than fifty shows with such artists joining him on stage as Laura Benanti, Raul Esparza and Stephen Sondheim, to name but a few. With Betty Buckley, it was thrilling to see two such accomplished musicians of different backgrounds and generations perform with great respect for one another’s talents, in tandem creating an evening of… well, in the title of the first song: “Hope.” And in the words of another fine lyricist, Ira Gershwin, “who could ask for anything more?”