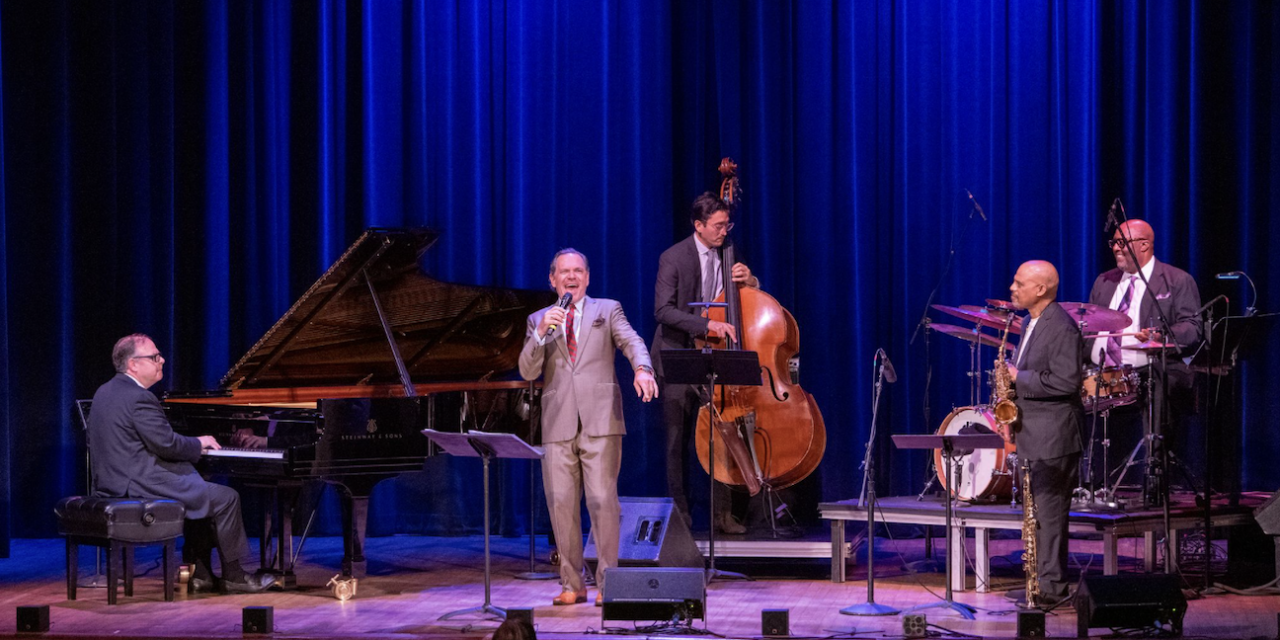 Happily demonstrating that even a pandemic can’t keep a seriously good thing down, the long-running, summer series Jazz in July at 92Y was back, even if in an abbreviated form. Kurt Elling & Bill Charlap: Standard Time, was full of celebration as a live audience gathered to hear the superlative music of pianist/Artistic Director Bill Charlap and Grammy Award-winning vocalist, Kurt Elling. The concert was only one of two this year, and in it, the stage belonged to Elling. The program was an intimate hour-plus of the singer, with Charlap in the accompanist role, along with accomplished sidemen David Wong on bass, Carl Allen on drums and guest artist Steve Wilson on both alto and soprano saxes. In format––close your eyes and you could have been in any great cabaret room in the world.

Yet, Elling is pure jazz. He’s the king of vocal stylings with a particular aptitude, passion and mastery of scat and vocalese, an extension of scat, with lyric replacing the random sounds of scat-singing. It’s a tongue-twisting style, pioneered by Annie Ross, Dave Lambert and Jon Hendricks (Elling’s mentor, whose centenary is this year). In fact, Elling’s clipped speech pattern is almost a vocalese in itself. One of his several offerings in this mode included “Long as You’re Living” (Oscar Brown Jr./Julian Priester/Tommy Turrentine), a tune of rhythmic intensity most associated with jazz diva, Abbey Lincoln.

In a reverse turn, Elling turned the usually fast-paced phrasing of vocalese on its head. He delivered, with staccato and extended notes and creative phrasing, a slowed-down “More Than You Know” (Vincent Youmans, Billy Rose, Edward Eliscu) as if being played at 33 rpm on a turntable. Throughout such vocal gymnastics, Charlap abandoned his usual lyrical style of playing to match Elling’s creative quirks. But that’s what makes Charlap one of the world’s foremost jazz pianists. The more percussive style he adopted, with bebop phrasing and plenty of glissando, was perfectly and attentively attuned to Elling’s creative output.

Elation and celebration also informed the performance. Elling is an intellectually-minded man and often assumes a serious air on stage. Thrilled to be working live again, he was lighthearted during this performance, including a fun tune in the set, “Benny’s from Heaven,” a parody of “Pennies from Heaven” (Arthur Johnston/Johnny Burke), written by Eddie Jefferson. Elling is also a composer/songwriter in his own right and in this department offered his own lyric to a contrafact of Duke Ellington’s “In a Mellow Tone.” (A contrafact is a new melody based on the chord changes of an original work.)

The closest Elling gets to crooning is when he slows a tempo, and then it’s all about lyric. He’s a consummate storyteller. “September in the Rain” (Harry Warren/Al Dubin,) began with a slow intro, featured an interlude of scat and picked up with swing, never sacrificing the importance of the narrative. Likewise, the encore number, “Somewhere” (Leonard Bernstein/Stephen Sondheim) was voiced in Elling’s rich baritone with vocal twists and turns that showcased his four-octave range. The creative arrangement alternated Elling’s vocal with solo piano and full band. A stunning finish, with Elling holding one single high note, confirmed that we of the audience had just attended the church of music. www.92Y.org