Jeremy Jordan: The Future of Broadway 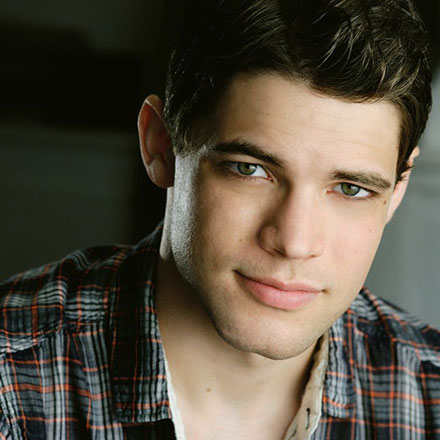 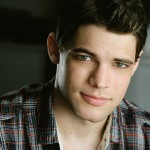 If you want to know why even the illustrious New York Times reviewers can’t kill Broadway Musicals – and it’s not because they don’t work their snide little fingers to the bone to do it – check out a Jeremy Jordan show at 54 Below. He will actually be doing 11 performances in 18 nights and from what I could see from the enthusiastic full house attending his third performance, they were younger, thinner, pinker, prettier, chic-er, far less botoxed and overjoyed to pay a higher than normal cover just to be In the same room with him! Me too.

At 29, Jeremy is still boyish and adorable and very handsome. He looks and sounds young in the best sense of the word – fresh, new, enthusiastically talented and passionately thrilled to find himself persistently employed and to never have had to hone his waiting-on-tables skills. There’s no retrograde mercury in his horoscope. So few years. So many credits. His resume seems karmic, or as his Jewish grandmother might say, maybe even bashert.

In 2007 he graduates from Ithaca College and moves to New York City. By 2008 he’s starring in The Little Dog Laughed at the Hartford Theatreworks before being cast as Tom Sawyer in Big River at the Goodspeed Opera House. The next year he’s understudying the lead in Rock of Ages and by that year’s end he’s in the Broadway Revival of West Side Story as Tony on Wednesday evenings and Sunday matinees.

In 2010 fate propels him south to Sarasota where he becomes Clyde Barrow in the pre-Broadway tryout of Bonnie and Clyde, the Musical opposite another future Broadway star, Laura Osnes. He wiles away September and October with a night job. He’s Jack Kelly, the lead in New Jersey’s Paper Mill Playhouse’s tryout of Newsies. How does he spend his days? Rehearsing for the December opening of Bonnie and Clyde on Broadway, a show loved by every paying customer I talked to, but which closed a month later. What! Why? Beats me. The show had the misfortune of being loaded with memorable tunes – a cross between country and western, blues and pop — all alas written by Frank Wildhorn. That’s the rub. Wildhorn is so hated by the New York Times Ben Brantley and, to my surprise, the usually objective, nuanced Wall Street Journal’s Terry Teachout, that their reviews kept customers away from the box office and drove them singing-and-dancing-their-hearts-out youngsters out of the theater but — no sighs required – hardly out of town.

Jordan was back on Broadway starring in Newsies by March, 2012, but left a few months later to join the cast and hopefully attract a younger demographic to NBC’s nighttime soap opera Smash … which wasn’t. Most recently, Jordan scored the lead of Jamie Wellerstein in the film adaption of The Last Five Years, based on Jason Robert Brown’s musical, scheduled for 2015 release. Wait! I left something out. In 2012 he also portrayed Dolly Parton’s rebellious, drifter grandson in another film, Joyful Noise.

As for the present and future, with a little help from former co-star Laura Osnes. his wife Ashley Shepherd and a top notch band with clever arrangements, Jeremy is personally enchanting a sophisticated audience at the most sophisticated club in town, 54 Below. Jeremy’s show is entitled Breaking Character, and in it he describes himself as inherently shy, a trait he could previously only surmount when he became another character. He’s become so much himself that he even included three original songs in the program which his fans loved.

Even though he’s usually taken young man roles, he’s actually 29 and describes himself as an adult. The credit for any maturating positive changes in him he attributes to the influence of his wife Ashley Spencer, also an actress/singer who Jeremy married in 2012 and who joins him on stage mid-show in a medley from Smash and one from Rock of Ages. His strong voice soars through a wide range in a program derived from his career. It has something for everyone, starting with the powerful Anthem from Chess and then the smart lyrics and tap-your-toes Moving Too Fast from The Last Five Years. His Bonnie and Clyde duet with Laura Osnes was a highpoint. His wide-eyed innocent rendition of Sondheim’s Losing My Mind, with which he was unfamiliar when asked to sing it at a Sondheim benefit, was interpreted as a happy beginning of a love song. His closing number, his signature song from Newsies, Santa Fe, led into a very contemplatively quiet and moving encore, an Oz medly of Over The Rainbow and Home.

It’s such a pleasure reveling as a happy, optimistic talent entertains you. I left 54 Below feeling up, up, up, like I’d just witnessed the future well-being of Broadway.

Could Jeremy be the next Hugh Jackman? If he worked out at the gym a few more mornings a week, he might even be cast as the son of Wolverine.