An updated production of Becky Mode’s 2000 one-man show Fully Committed seems a daunting task for Jesse Tyler Ferguson, best known for playing the straighter of the gay couple on the sitcom Modern Family, with no shortage of zany characters. It’s dangerous territory for any performer who dares to play multiple characters as they’re unfairly held up to Robin Williams’ standard. Ferguson is no Robin Williams but Fully Committed gives him the opportunity to show off a knack for distinct physical and vocal characterizations, most of which are highly entertaining. The seamless transitions from one character to the next are firmly in his wheelhouse and while not all of the vocal work lands, his physical command of the space is impressive throughout.

Trapped in the basement office of a high end Manhattan eatery, Ferguson’s Sam, a struggling actor, fields reservation calls from a variety of demanding customers while attempting to arrange a visit with his recently widowed father and navigating the tricky power balance of the restaurant’s neurotic staff and a pompous star chef. The chef is one of Ferguson’s best characters, a villainous bro with an ego so inflated that Sam’s sly takedowns of his boss elicit frequent applause. Ferguson also excels as Bryce, Gwyneth Paltrow’s chirpy assistant; Bryce could be a pure up-talking gay stereotype but Ferguson makes him an endearing presence as Bryce frequently calls back to modify a reservation. Ferguson is less successful with his vocal work as Carolann Rosenstein-Fishburn, a braying socialite with something between an old New York and Australian accent. It’s a bizarre choice, though Ferguson is consistent in his interpretation of the character.

In a setup where the vocal work seems most important, it’s Ferguson’s physical choices that really show off his gifts as a comedian. He often hangs from the pipes of Derek McLane’s basement set, showing a familiarity with his environment that makes Sam all the more believable as the beleaguered but efficient reservationist. A wonderfully staged bit featuring a file cabinet and a bag of Cheetos is impeccably timed between the dialogue and Ferguson’s use of his legs and arms; Jason Moore is in excellent form here as a comedic director hitting the audience with skillfully executed surprises at just the right moments. An extraordinary element of McLane’s set is the full realization of the creative team’s shared goal for the production: a cornucopian sculpture of restaurant chairs growing ever bigger as it reaches skyward. It’s a symbol of ordered chaos; that’s clearly Ferguson’s approach with his many characters here and it’s often a wonder to watch.

Fully Committed. Through July 24 at the Lyceum Theatre (149 West 45th Street, between Sixth and Seventh Aveues). For tickets, visit  www.fullycommittedbroadway.com. 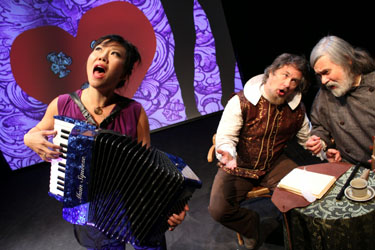 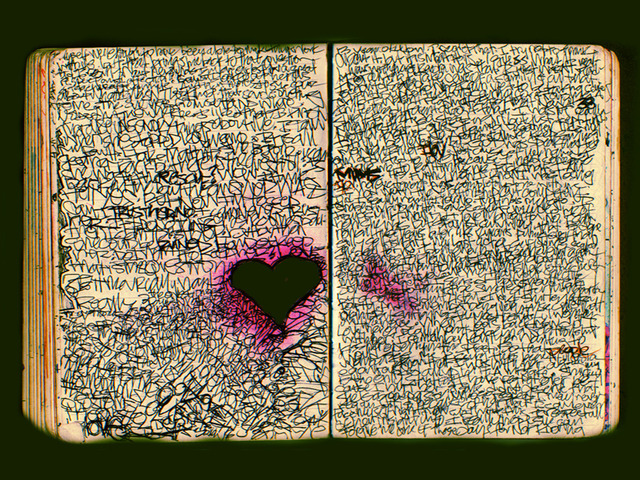 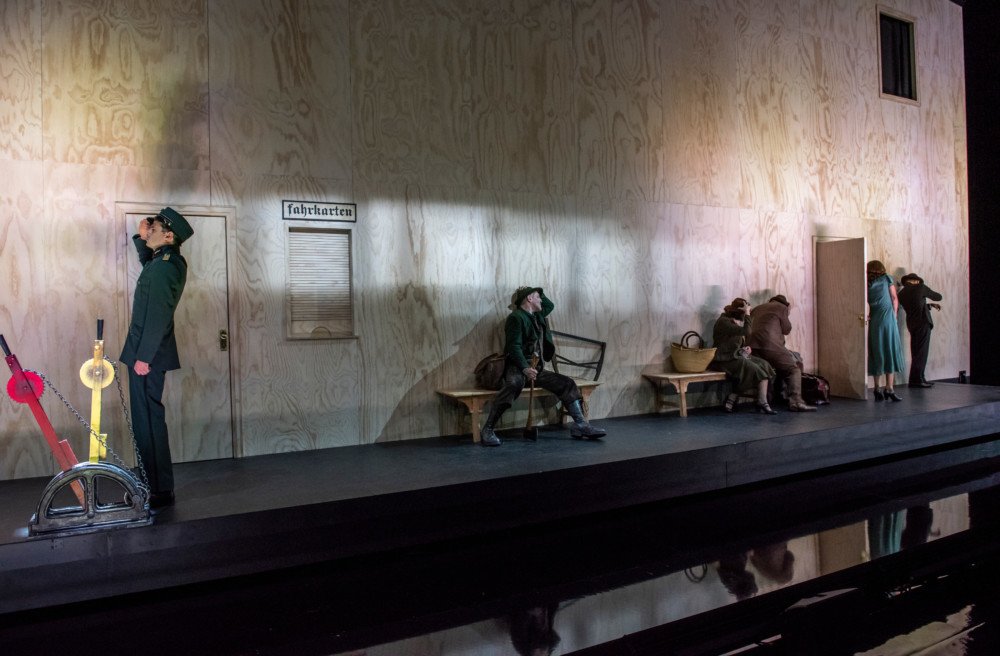 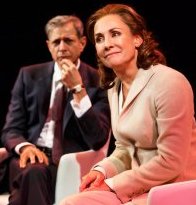