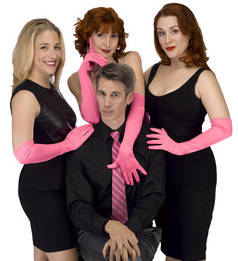 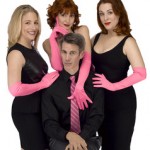 TIL DIVORCE DO US PART, an original musical comedy revue based on the real-life story of a jilted wife who wrote this show while going through her own divorce from a Broadway producer, will open Tuesday, February 18th at the DR2 Theatre (103 East 15th Street at Union Square). The show will play an open-ended Off-Broadway engagement, beginning with previews on Friday, February 7th.  Mark Waldrop is the director with concept, lyrics and choreography by Ruthe Ponturo and music by John Thomas Fischer. TIL DIVORCE DO US PART: THE MUSICAL is presented by Rosemary Kalikow, Leslie Simpson, 3 Cats Productions and Dean A.Carpenter.    For tickets call (212) 239-6200 or visit www.telecharge.com

TIL DIVORCE DO US PART: THE MUSICAL is inspired by the true story of Ms. Ponturo, a Broadway producer’s wife who was unceremoniously dumped by her husband after decades of marriage.   Determined to celebrate a new chapter in her life, Ponturo’s character turns to her wickedly witty friends, who together sing, dance and laugh their way through the ripple effects of divorce and self-discovery in this musical comedy revue.

Sets are by Mitchell Greenberg, with costumes by Tony Award® Winner Paloma Young and Ashley Rose Horton, lighting by Julie Duro and sound by Nevin Steinberg.

After many years of wedded bliss, Ruthe Ponturo had her life turned upside down when her devoted husband announced he was leaving her for a younger woman. Suddenly single, Ms. Ponturo was determined not to let divorce ruin her life.   Despite an experience that would cause heartbreak for most women, she was able to find humor in what would otherwise be a devastating state of affairs. She found solace in the comical side of divorce and it’s aftermath by creating TIL DIVORCE DO US PART: THE MUSICAL and collaborating with composer and musical director John Thomas Fischer. Ms. Ponturo channeled her frustration and observations into her lyrics while actually going through the divorce process.   The creative duo spent a great deal of time talking with scores of divorced women and incorporated those experiences into in this musical.