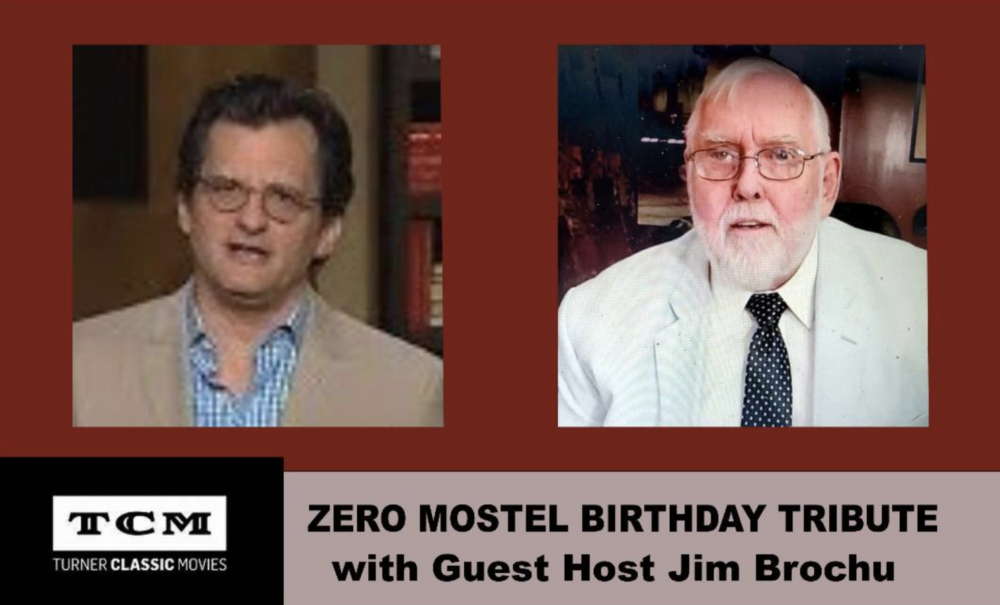 One of the theater’s most beloved actors will be a guest host on Turner Classic Movies. Jim Brochu, writer, director and playwright, has won numerous awards including a Drama Desk Award for outstanding solo performance in the Off-Broadway production of Zero Hour (which he wrote) about the life and career of Zero Mostel. He also co-wrote, with Steve Schalchlin, the musical The Big Voice: God or Merman.

On Sunday February 28 at 8 pm Est, a long time dream will be coming true, as he introduces two films starring Zero Mostel, in celebration of the great actor’s 100th birthday. The first “Du Barry Was a Lady” and at 10 pm, “The Front.” Jim was asked to choose the films and did, the first showing a young Zero doing his night club act and the other to talk about the blacklist.

Come join Jim Brochu and Ben Mankiewicz for an exciting evening on TCM.