Joan Copeland at The Lambs Talks About Her Brother Arthur Miller 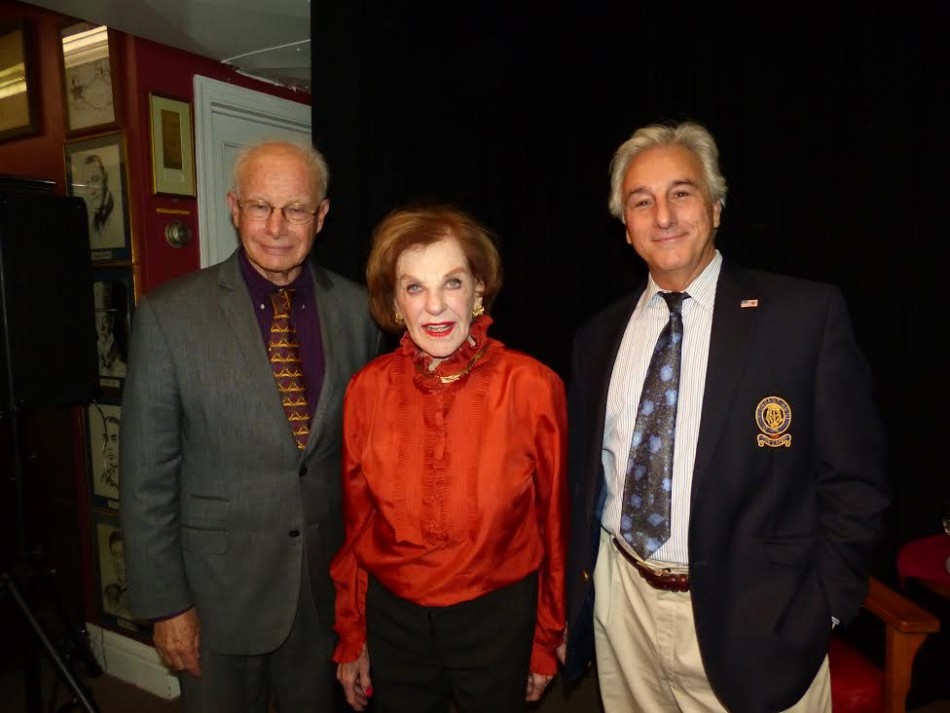 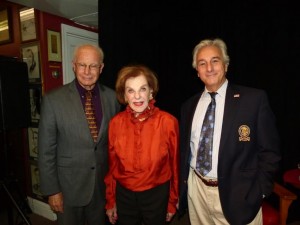 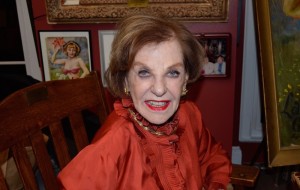 Marking the 100th birthday of playwright Arthur Miller, Joan Copeland reminisced about her brother at The Lambs, America’s first professional theatrical club, and was the only event in NYC featuring a relative of Miller. The evening was in coordination with Harvardwood and benefited The Lambs Foundation (www.TheLambsFoundation.org).

A vibrant Joan Copeland recalled personal moments about Arthur Miller and Marilyn Monroe (calling her a “terrific woman”), and about her own formidable career as an actress. One moment full of laughter, the next shedding tears, Joan was genuine and moved the audience. Joan provided a spot-on imitation of Katherine Hepburn, then broke out into a cappella singing of “An Old Man” from her Broadway musical, Two By Two.

The moderator for the event was Foster Hirsch, professor of film at Brooklyn College, and author of 16 books about film and theater including The Dark Side of the Screen ( a classic study of film noir), and most recently, Otto Preminger.

The Lambs was founded in New York in 1874 and has been operating non-stop for 140+ years. Lambs have been involved in the formation of The Actors’ Fund of America, ASCAP, Actors’ Equity, Screen Actors Guild and, most recently, in the merger that created SAG-AFTRA. Current members include Ken Howard, Jim Dale, Abe Vigoda, Joyce Randolph (The Honeymoooners) and Don Pippin.

Harvardwood, a volunteer-run non-profit, was created in 1999 and coordinates career-enhancing and community building programs and events for its members around the world (www.Harvardwood.org)