Cafe Carlyle’s eclectic mix of popular culture figures continues with a surprisingly terrific new show from Joan Osborne. Osborne herself seems surprised by the gig, as she started her opening night set by admitting that she was shocked that the Carlyle wanted her. Osborne’s all-too-brief success as an unlikely popstar in the mid-nineties resulted in a slew of Grammy nominations for her 1995 album Relish, which featured the inescapable and much parodied hit “One of Us.” Osborne, who may have been overshadowed by her angrier contemporary Alanis Morissette, chose to withdraw from the public eye and has mostly recorded cover albums in the years since. In that spirit, she and her team, with Keith Cotton on multiple keyboards and Jack Petruzzelli on guitar, have assembled a nimble set of Bob Dylan covers that play to Osborne’s deceptively varied vocal strengths while staying faithful to the originals. Osborne and company succeed on multiple fronts, mostly in their choice and arrangement of a variety of Dylan tunes. Mainstays like “Highway 61 Revisited” and “Quinn the Eskimo (The Mighty Quinn),” show her command of Dylan’s lyrical dexterity as well as her pleasant pillow-soft voice; the girlish quality that marked her nineties output is still there but with age, and an occasionally well executed rasp, her voice has become richly textured. It takes confidence and an intimate knowledge of Dylan’s lyrics to nail them but Osborne’s skill as a seasoned performer shone brightest when she flubbed a line during the extremely wordy “Tangled Up in Blue.” She quickly guided her colleagues to repeat the section, which she then executed precisely and passionately. This is also a testament to how strong Cotton and Petruzzelli are as instrumentalists and how in sync the trio is throughout the set. Osborne’s performance style lends to the cozy atmosphere of Cafe Carlyle as her expressive face and gesturing pull the audience in throughout. She shows a clear spiritual connection to the tunes, which builds to a fever pitch when she takes on Dylan’s born again Christian phase with the gospel song “Saved.” She gets swept up in the lord-loving lyrics and expertly pounds a mean tambourine in the process. Much of the set is calmer and more precise up to this revival point but there’s a steady build to energetic numbers that propel her to a solemn and triumphant conclusion with a gorgeous rendition of “Make You Feel My Love”, a song she’s been covering for over fifteen years. Of all Osborne’s talents, what stays with you the most is her humming. For other performers, it might be a throwaway to occasionally hum between verses, but she uses humming as a melodic and human touch in a way that makes it seem essential to each song. It’s one of many indications that Osborne is a dynamic performer who makes others’ songs her own with resounding success. 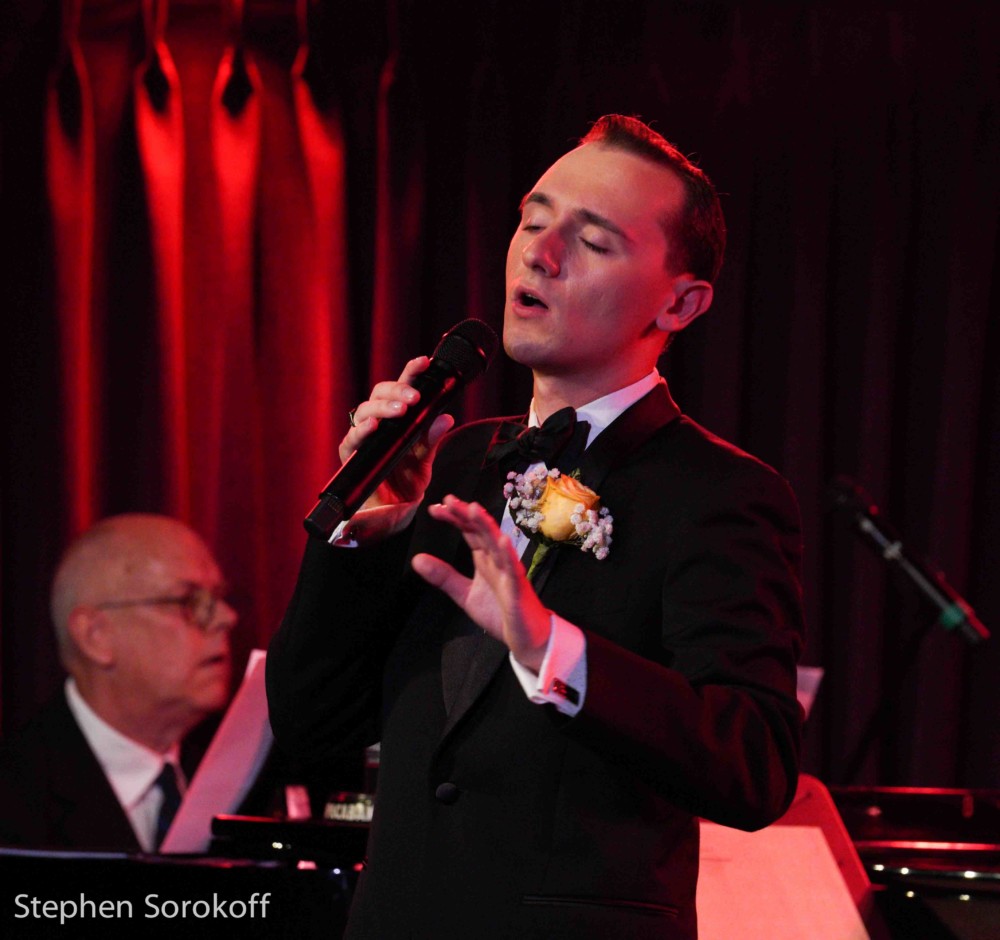