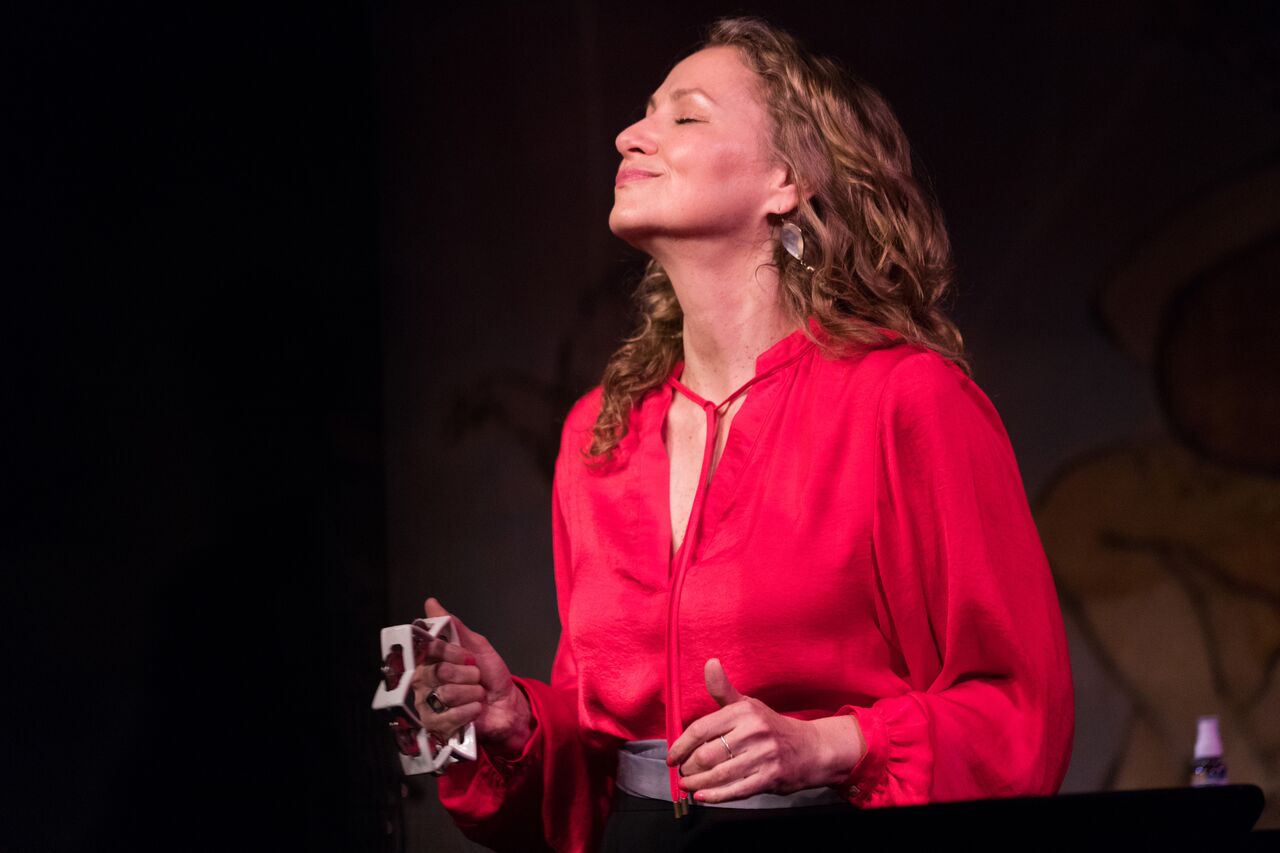 A little over twenty years ago, the seven-time Grammy nominated singer-songwriter Joan Osborne burst onto the pop music scene with her international hit, “One of Us.” The simple tune captured the minds of an angsty, pseudo-existential MTV generation with its simultaneously sardonic and sincere lyrical refrain that asked, “what if god was one of us?” It was a slyly smart song with an even smarter music video that perfectly summed up this odd moment in which both nothing and everything seemed of vital importance.

Twenty years later and Ms. Osborne is still here, having recorded and toured steadily over the years, maintaining a fiercely devoted fan base. She recently released a new album of original songs called Love and Hate, and while her many Grammy nominations were mainly for her debut album, she got a nod in 2013 for her blues record Bring it on Home. She has recorded with the best of the best, including Luciano Pavarotti, Stevie Wonder, Emmylou Harris, and Mavis Staples. Another of Ms. Osborne’s collaborators, and one that has clearly had an outsized influence on her musical development, is the recent Nobel winner Bob Dylan. She’s currently recording an album of his songs and, thankfully for us, just began a two-week residency at the Café Carlyle, where she’s performing an all-Dylan set. This is not new for Ms. Osborne; she did the same thing last year to critical acclaim and is back now with a new slate of songs.

Like Dylan, Ms. Osborne seems most focused on the song’s lyrics, carefully imbuing each line with a perfect dose of restrained feeling. She manages never to let emotion overtake the depth of meaning Dylan has endowed in each phrase, and in some cases, each word. Ms. Osborne, like Dylan, has a poet’s sensibility most on display in songs like “High Water (For Charley Patton)” and “Just Like a Woman.” Her straightforward approach to the melodic lines allows the lyrics to blossom as they were originally meant to, most apparently in the rambling story-song, “Highway 61 Revisited.” Of course, the evening wouldn’t be complete without a protest song or two, and Ms. Osborne delivers with her rendition of the scathing “Master of War,” which seemed especially timely this week after the president announced a massive increase to the defense budget. However, “Oh Mercy,” perhaps more than any other song in the set, proved Dylan’s lyrical genius. She did an expert job communicating the vivid spiritual imagery that makes this song so touching.

Ms. Osborne’s voice is perfectly suited for the folk-gospel-blues fusion of Dylan’s songbook, with a rough edge and insistent, but never forceful, style of lyrical delivery. At different moments, she seems to channel the cosmic essence of Stevie Nicks, like in “Spanish Harlem Incident,” or the earthy spirit of Carole King, like in “Leopard-Skin Pill-Box Hat.” But Ms. Osborne has a style, and wisdom, that is all her own, which allows you to hear each of these brilliant songs as if for the first time.

Her excellent musicians are Keith Cotton on Keys and Jack Peruzzelli on Guitar. Both provided back up vocals.

Café Carlyle at the Carlyle Hotel