Joan Ryan – ‘Journey to the Past’ 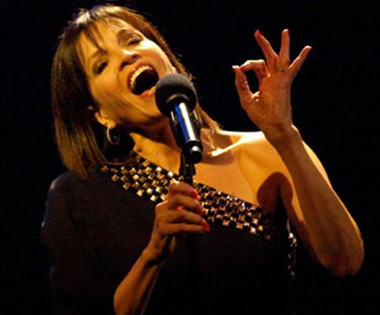 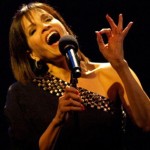 Joan Ryan flew in from her home in Los Angeles last month for the New York premiere of a new independent movie “Hot Guys with Big Guns.”  I bought her CD in San Francisco more than a year ago and saw her in a concert there.  I met her at the pre party at Don’t Tell Mama” where she sang along with my friend (no relation) Shawn Ryan who is also in the movie, a gay version of the Lethal Weapon series.  She’s quite funny in the movie as the mother of one guy.  On October 26 she made her first New York cabaret appearance at 54 Below at 11 PM.  For a late show on Friday night, the word had been spread:  it was a full house!

The act is one of the best I’ve seen this year.  With special material by Stephen Witkin and wonderful direction by Andrew Mac Bean, Ryan was backed up with superb musical director/pianist Todd Schroeder, and some of the finest New York musicians:  Sean Harkness on guitar, Peter Flynn on drums and percussion, Mark Lopeman on flute and saxophone, and Tom Hubbard (who’s playing with Marilyn Maye in the same room) on bass.  Ryan made her entrance from the back of the room singing a song that had a lyric “Give me a reason why you want to be alone” and on stage sang “Journey to the Past” the theme of the show.  From the start the full house was applauding wildly.

Ryan’s show, like other stage performers who appear at 54 Below, is autobiographical and she discusses listening to her parents’ LPs on record players.  As a child she would learn every original Broadcast album and she treasures her young trips to Broadway.  She saw Yul Brynner in “The King and I” and she sings “Shall We Dance” as a slow ballad before rocking and belting the second chorus.

Showing off her classical training, Ryan races up and down the scales with pyrotechnics few singers attempt at the beginning of a show in Witkin’s original piece, “Beltaholic,” a humorous presentation of her incredible range, even jumping up to a high E at one point!  The number includes quotes from “Evita,” “A Chorus Line,” and “Candide.”

There are funny tales of her first audition and her problems with boy friends but it pays off when she goes to a party and, frustrated, gets drunk.  A man comes on to her and they go out for coffee and suddenly “There Won’t Be Trumpets” leads into Brian Loudermilk and Kait Kerrigan’s “Run Away With Me” and she’s been married now to him for 17 years!  There is a follow-up, “Sailing” which was emotional and moving.

An encounter with a homeless person leads into a very meaningful “Bring Him Home.,”  Ryan gives it special meaning with her clear lyric soprano.  She talks about the thrill of finally getting to play in a big production of  “Les Miserables” and has her band do a pit orchestra tuning up.

Ryan’s special guest star was Broadway performer Titus Burgess and together they did Oleta Adams’ “Get Here,” starting softly from opposite sites of the stage, then blending and connecting, moving into big brassy belts, returning to a soft ending!  A stunning staging of two performers at their peak!

Spending time as a full time mother to two daughters is a great intro to a role she played on the west coast, Ginger De Marco, in “Restless.”  With feather boa, Ryan vamps as the housewife turned siren “It Will Never Be That Way Again.”

Her youngest daughter is a Taylor Swift fan and Ryan used her influence to get third row center seats to Swift’s Los Angeles concert.  She even learned all the Swift lyrics!  Then her older daughter wanted to go and she gave up her ticket.  Instead she got in her car and went to a low down bar which led to a spectacular version of Rickie Lee Jones “Danny’s All Star Café” giving each one of the musicians a great special solo!  A standing ovation!

Sondheim’s “Move On” led into a great “Meadowlark,” with Lopeman doing counterpoint on the flute bringing the audience to their feet for the second standing ovation.

Unlike most acts, the encore was a moving ballad “Feels Like Home.”  Watch for her return to New York and don’t miss her.  In a year of many stellar acts, Joan Ryan ranks among the top! She has a wonderful CD and you can find her on you tube.  Her website is www.joanryan.com