John O’Hurley: A Man With Standards 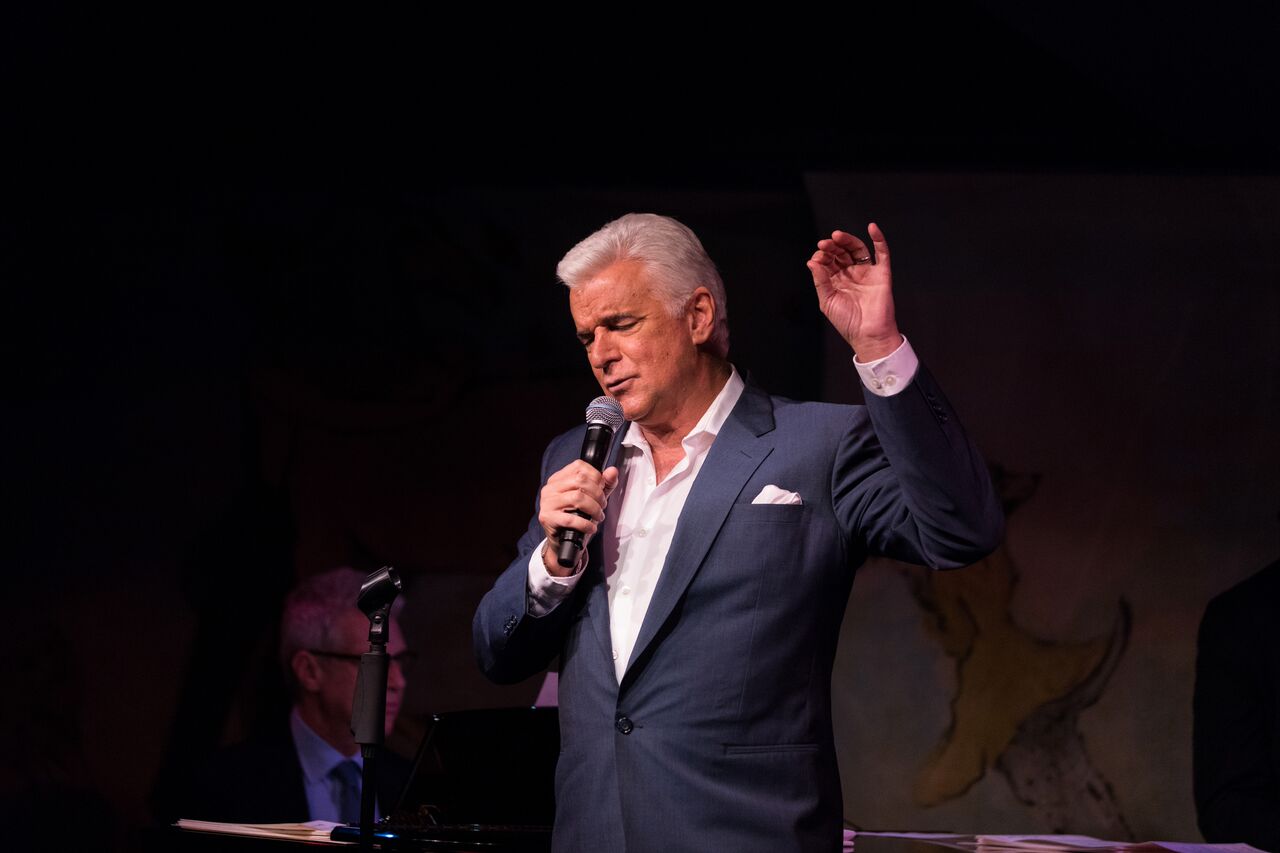 For those in love with words, song, theater and comedy, dash to the Café Carlyle now without hesitation. Award-winning actor/singer John O’Hurley, making his Café Carlyle debut, brings all of the above to this venerable venue, with considerable charm and wit. A Man With Standards (there is a double entendre here) is a thoughtful and often philosophical autobiography with song. It’s a one-man show, a mini-theatrical piece, a monologue and stand-up too, all adding up to polished entertainment. O’Hurley delivers the goods with no fat on the bone in a show that’s packed with pleasure Who else would begin and end an evening with “Mr. Clown” (Hugo Peretti)? J. Peterman would, and of course, O’Hurley makes much of this character played on Seinfeld, as he should – it was a brilliant characterization.

O’Hurley describes A Man with Standards thusly: “I was lucky enough to grow up surrounded by the sounds of the standards,” he says, “and I was lucky enough to grow up in the presence of gentlemen who had standards.” Musing on the loss of such standards in modern culture he compares the romance, mystique and eloquence of yesteryear to the way love is communicated now: “my life would suck without you.” Yes, O’Hurley is funny, and with that deeply resonant voice he knows how to time his delivery too. There’s poignancy in his story – there would have to be for any life story to speak truth, which his does. With heart on sleeve O’Hurley reveals his deeply felt understanding as a toddler that he wanted to be an actor, and the dismay of being cast as a marigold in a Kindergarten play when of course it was a leading-child part he coveted. Yet, he says, despite that early disappointment he decided to stand tall as that marigold. He speaks lovingly of his parents, and of his mother, singing curated standards to drive home his points: “Times Of Your Life” (Roger Nichols, Bill Lane) and “ Beyond The Sea / Let There Be Love” (Charles Tenet, Jack Lawrence / Lionel Rand, Ian Grant). With “Moon River” ((Henry Mancini, Johnny Mercer), his mother’s favorite song, he references a childhood lesson with a bit of philosophy on the power of stillness. The music of Joe Raposo figures in a bit of nostalgia, “There Used to Be a Ballpark” and in a hilarious story about Frank Sinatra, “You Will Be My Music.” There is a segue to matters of current importance, his 2004 marriage and birth of his only child, a son in 2007. In that regard there’s a shout-out to the polymath, Anthony Newley, for whom O’Hurley has great respect: “Once Upon a Time” and “Lullaby” (paired with Jimmy Webb’s “MacArthur Park.” O’Hurley is a polymath himself. In addition to being a successful actor/singer he’s also written several books, and is a self-taught pianist and composer. In honor of his beloved wife he sings his own lovely “The Greatest Love The World Has Known.”

O’Hurley is more of an actor than a singer. He has a fine, trained voice, but his baritone gets throaty at times and his range is limited – there’s strain to achieve high notes. But the package of talent is, at the end of the day, top shelf. O’Hurley’s abilities are best showcased in the role he was born to play: Billy Flynn in Kander and Ebb’s hit musical Chicago. When he sings “All I Care About” and “Razzle Dazzle” all’s right with the world. But wait, there’s more. The literate O’Hurley began the show with a quote from T.S. Eliot, that deeply complex poet who mused mightily on time: “Time present and time past are both perhaps present in time future. And time future contained in time past.” Coming full circle before a reprise of “Mr. Clown,” O’Hurley discloses he has come to understand the meaning of the quote: he’s still that little marigold standing straight and tall, and always has been. O’Hurley is backed by a trio of superb musicians: Musical Director and pianist Steve Rawlins, with Rusty Holloway on bass and Ron Vincent on drums. These cats were clearly enjoying O’Hurley during his narrative, and that appreciation speaks volumes.