Josephine Sanges – The Funny Girl in Me 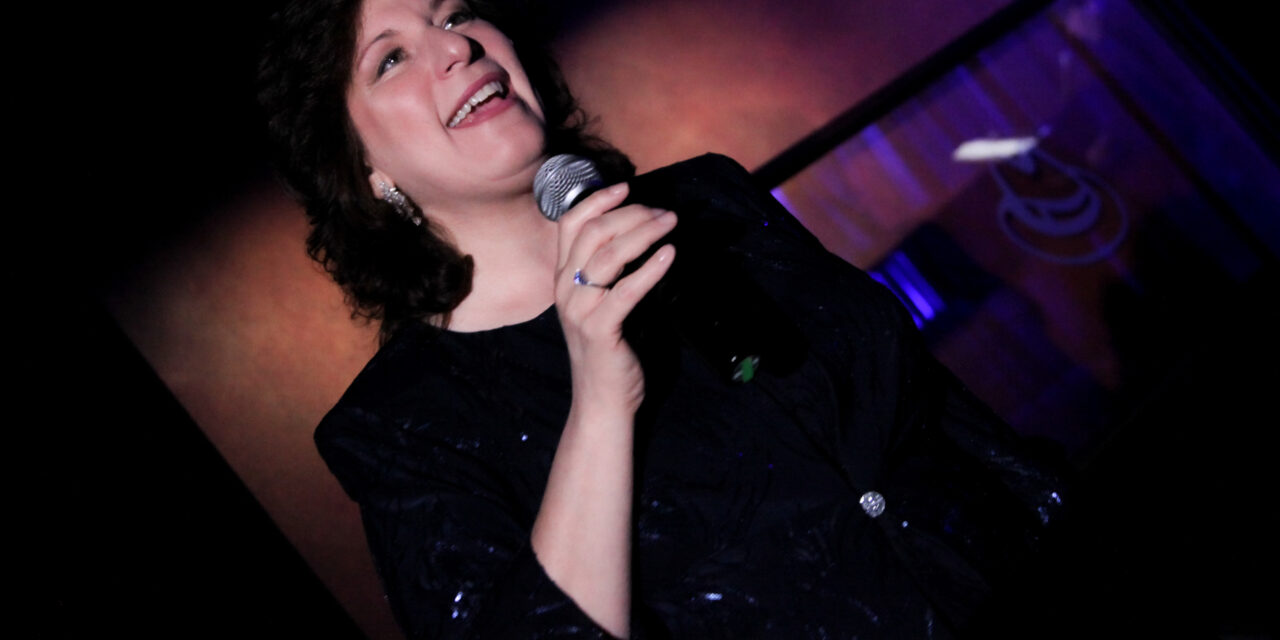 In her most personal cabaret show to date, the terrifically talented vocalist, Josephine Sanges, delivered a heartwarming, inspiring slice of her life with The Funny Girl in Me at a packed Laurie Beechman Theatre. Crafted with her longtime musical partner, John M. Cook, and sagely directed by the in-demand Jeff Harnar, the show cleverly wove together the stories of Sanges and Fanny Brice, the popular singer-comedienne of the First World War era. And of course there were songs from Funny Girl, the 1964 musical that put a great big spotlight on its star, Barbra Streisand, and solidly immortalized Brice. Opening big with one of Brice’s signature characters, “Baby Snooks” and launching into “Let’s Hear It for Me” (John Kander, Fred Ebb) and “I’m the Greatest Star” (Jule Styne, Bob Merrill), Sanges threw down the gauntlet. Excellence established at the upshot—no challengers need apply.

As it turns out, Sanges is no stranger to Brice or to Funny Girl. Before her cabaret career, which only began in the last decade, this remarkable vocalist’s work life was centered in ecclesiastical pursuits as a church cantor. Nor was she a stranger to performing big. Sanges appeared before a canonical conference of 10,000 souls, and also before a whopping 75,000 in a stadium for a Papal visit. But it was a little intimidating when, in 1995, wife and mother Sanges was cajoled into playing Brice in a Church production of Funny Girl. As the song of the Bricean era goes, “how ya gonna keep ‘em down on the farm, after they’ve seen Paree?” She went from barely knowing of the musical to her own epiphany; the secular singing-acting bug had hit. From all accounts she was a success in that amateur show. To prove her chops in the here and now, she quickly established Jule Styne dominance. It’s pretty well known that the score of Funny Girl was created for Streisand, and so Styne’s music is not for the faint of heart. When Sanges offered “Don’t Rain on My Parade,” it was move over Barbra time.

Sanges has a powerful expressive voice with a beautifully resonant tone, and indeed she can act, a key ingredient in her interpretive ability; her delivery of “More Than You Know” (Billy Rose, Edward Eliscu, Vincent Youmans) was evocative and moving. She also has a fine knack for comedy. Brice had many schtiks in her career. Baby Snooks was one, a character she created that gave her national fame via radio. The child of a Jewish mother from Hungary, born Fania Borach, in New York, Brice knew from Yiddish tropes. Sanges, with accent in place, similarly offered “Sadie Salome Go Home” (Edgar Leslie, Irving Berlin) and “Oh How I Hate That Fella Nathan” (Lew Brown, Albert von Tilzer) worthy of a place with the best of them on any Catskill Mountains stage. Getting back to “Baby Snooks,” it was a delight to hear Cook narrate, sing and participate in this and other select parts of the show. The chemistry of their working partnership is a pleasure that added dimension to the intertwined life stories of Brice and Sanges.

Perhaps Sanges’ intersection with Brice all those years ago was cosmic. You could make a case for that, especially when she connected her own name to the past. She was named Josephine for a grandmother. Another name passed down in the family is “Rose,” her middle name. Clearly, Sanges has a special affinity for Brice, the music of the era and the emotional ups and downs in Brice’s life, as well as her own inner life. “Second Hand Rose” (Grant Clarke, James F. Hanley) spoke volumes, and so did that anthem of positivity, “Great Day” (Rose, Eliscu, Youmans), with specialty lyrics by Cook.

And what could be better than having a song written just for you? That’s the gift Cook bestowed on Sanges by writing “Touching Magic.” The lyric, she said, is her message. It begins “Turn on a light …See! There’s no mystery! Then take a step! Now you’ve made history!” Through a beautiful melody and narrative wisdom, “Touching Magic” ends with “Life’s in the here and now, that’s the wow, if you allow it to be.”

From first stepping foot on a cabaret stage, Sanges has stretched herself and grown; it’s privilege to be on the journey with her and to have shared the music and message of The Funny Girl in Me.