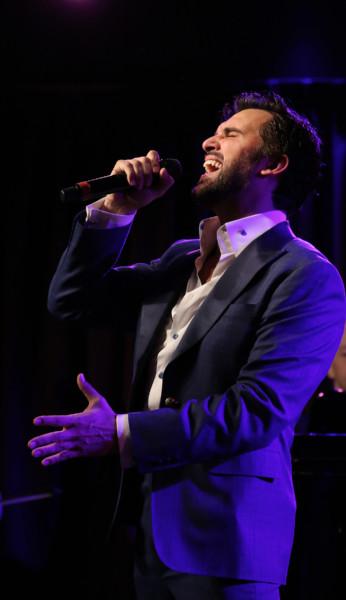 “There’s no harder role for an actor to play than yourself.”

Such is the bold declaration made by multi-faceted international entertainer Juan Pablo di Pace, toward the end of his self-titled solo show, which played the intimate The Green Room 42 last weekend. However opinionated you think that statement may be, there’s no denying there’s at least a bit of truth in it, the act of putting one’s raw self out there in the open demanding a great deal of vulnerability. Yet for the 90 minutes preceding his assertion, he does just that. And while his confession may suggest apprehension over appearing onstage, he is, on the contrary, a natural.

Exuding a remarkably instinctive charisma and charm, he immerses us in a full-fledged exploration of all aspects of his career, chronicling all the ups and downs and ebbs and flows that come with his “joining the circus” of the ever-changing entertainment industry.

Aided by a dynamic, robust and resounding six-piece band — led by musical director, pianist, and occasional backup singer Charlie Alterman — he plugs everything from first days in Argentina to recent months in a particularly “fuller house,” with passes at Chicago, Saturday Night Fever, and Dancing with the Stars in between. And that’s just naming a few.

A man of many talents, all of which are on display throughout the show, di Pace displays an adept command of an audience, not only engaging a crowd, but enticing them into a trance; simply put, he knows how to suck you in and, to pull a line from his opening song, make you “just forget the world” as he sings.

Furthermore, he proudly makes no bones about being electrifyingly allured by the pressure of live performance to the point of addiction, and his affinity is so genuinely alive and infectious in his performance that, as the night goes on, so are we.

To boot, he’s a master of the cabaret form, expertly weaving through a fluid set list from beginning to end, and using a refreshing assortment of songs to guide us through his journey, from Fiddler’s “Sunrise, Sunset” and George Michael’s “Through” to the Spanish standard “Piensa en mi” and his original, goosebump-inducing “Moonchild.”

Whether Spanish or English, Broadway or pop-rock, or even a splash of his own music, the self-proclaimed “performing monkey,” whose career spans stage, screen, TV and opera, he’s got a tune and a tale for everything, be it navigating nudity as a young actor in London, palling around with Ms. Meryl herself, how a hickey landed him a prestigious university scholarship, squelching the bullies (and the bullies within) or ultimately, finding peace in the theatre… while teaching others to find it there, too. And you can’t help but be enraptured with every note. 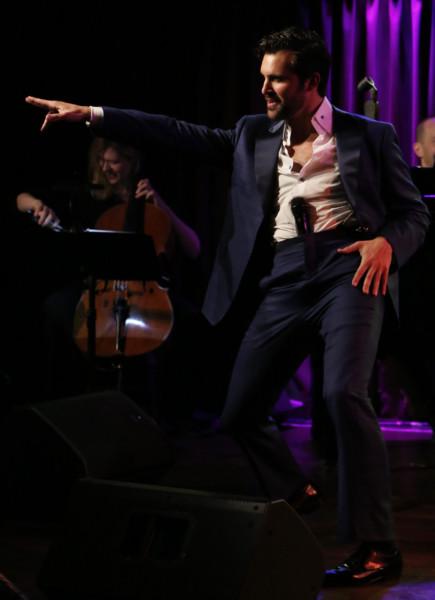 After all, he’s lived through it himself. Exultant, deserved times spent at his highest high were quickly followed by weeks… months… years where the phone wouldn’t ring… where he wallowed in self-pity… where he questioned his abilities and his worth within the business.

In fact, in a certain pivotal moment of honesty, detailing his craving success to the point of obsession, di Pace speaks candidly about missing out on crucial events with friends and family in an effort to chase his dream and arrive at a definitive place of “there.”

But, as he sings, having seen the world from “both sides now,” he describes his ultimate arrival at the perceived conclusion: “there is no getting ‘there.’ There is no ‘there’ – period. There is no definitive place of finish. What’s most important is to do the work and keep doing it…. and that should be enough.”

And that, as he exhibits in story and song throughout the evening, is what he does. That’s how he copes… how he gets through. And, like clockwork, nerves eradicated when the cameras went on, or the stage lights turned bright, or the music began, and it was just him, an occasional partner, and the song. “That’s what it is,” he says, describing the feeling as “being in another dimension.” “It’s about that moment…. that’s why I do it. We, as artists, live for that feeling and that moment. It’s what drives us… what fuels us. And what makes it all worth it.”

Though it may sound grim, fulfillment is not about achievement. It’s about doing the thing for the sake of doing it, chasing that flame and seizing any opportunity you can to display it. It’s about holding steadfast to a dream, despite all odds, doubts or setbacks, and seeing where it leads you when you let go, trust yourself, take a breath and take the leap. 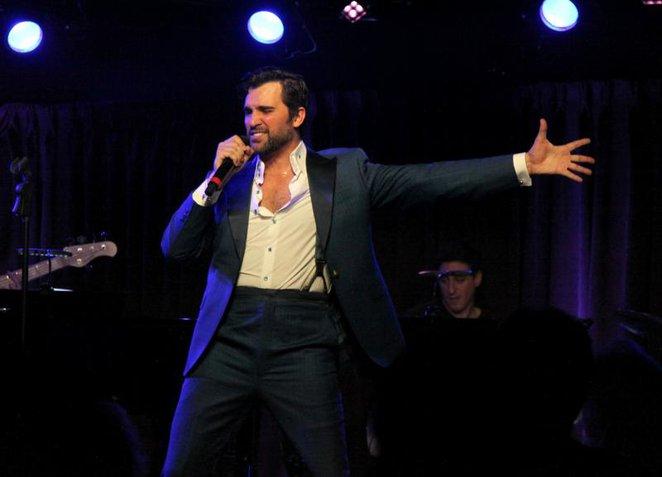 “Can’t?! There’s no such thing as can’t!” he recalls a notably no-nonsense dance instructor from his youth responding in an instance when — to emphasize his point — he questioned his abilities amidst a routine. “The only certainty in life is death,” the teacher shot back. “It’s possible… anything is possible. Just point your bloody feet and jump.”

He did… and what resulted was a fierce and fiery passion that spawned a glittering, glorious career, which, in turn, serves as the basis for this full-length, free-flowing, knockout evening of cabaret.

So, hold fast to your dreams, and, as di Pace advises, keep going, despite the odds. It’s possible… anything is possible. Just take a breath, point your feet and jump for yourself…. and if you enjoy half the success of a flat-footed, Argentinian-born idealist, who was told in a Juilliard audition he “dances like a duck and sings like a farting cat,” mere days before landing his first professional contract overseas, which catapulted him into fame throughout America and beyond, as he took part in international competitions and appeared on screens, large and small, across the country and the world, well… you’ll thank your lucky stars you did.