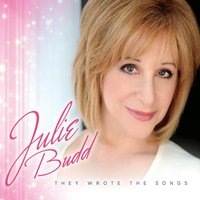 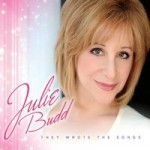 Julie Budd has been a singer since she was 12 years old and successful in many ways. Her appearance at the Metropolitan Room marks the release of her new CD They Wrote the Songs. She performed songs from “her generation,” songs written after 1960. It was a mixed bag of the Beatles, Sondheim, Jerry Herman, Steve Dorff, Andrew Lloyd Webber, Anthony Newley and Leslie Bricusse. Her performing style can be as varied as her choice of composers. She can be theatrical, singing Let Me Try Again (Caravelli/Michel Jourdan), hip and in sync in Love Me Do (Paul McCartney/John Lennon). She can exemplify a big brass performance style with The Best of Times (Jerry Herman); and in tribute to Anthony Newley and Leslie Bricusse, she can pull out the stops and share all the love and respect she feels for these two writers, singing Who Can I Turn To, What Kind of Fool Am I, Once in a Lifetime and If I Ruled the World.

The glue that holds the evening together is Herb Bernstein, her musical director and lifelong musical friend. His arrangements are lush and exciting, always underpinning her voice with depth and support. And the other glue that binds the evening together is Julie Budd’s own indomitable ability to tell a story about her career or talk about a friend (who just happens to be a talented songwriter and/or fellow artist) with humor and great generosity.

The show stopper was I Am What I Am (Jerry Herman). Two lines into the familiar anthem, she moved to a full-out and personal expression of defiance. The power of a performer committed to sharing a truth can never be underestimated. She blew the lid off her act and proved herself to be the talented, risk-taking and generous artist that she is.