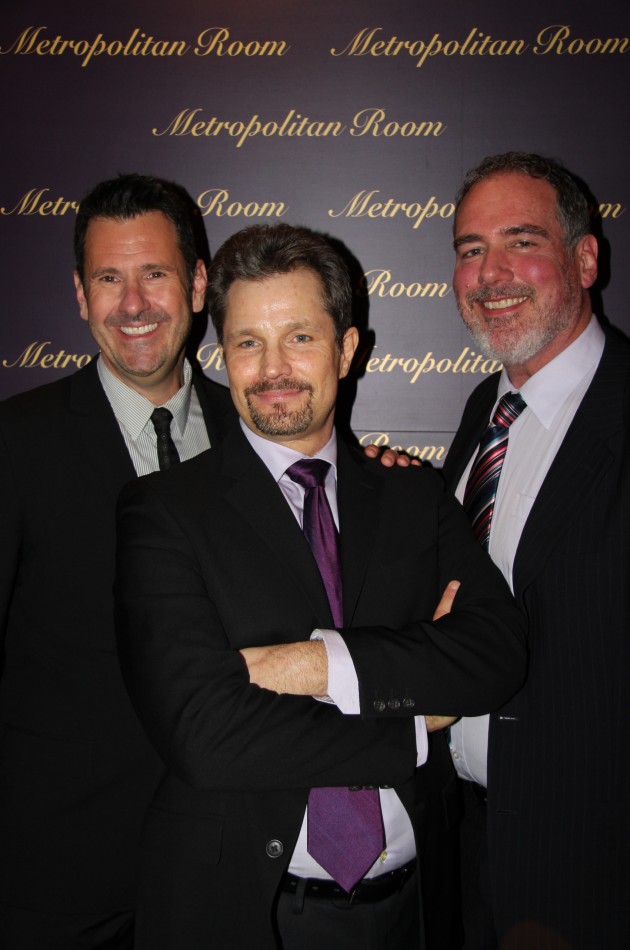 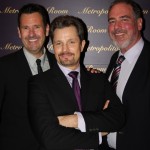 When John Boswell, Lee Lessack and Brian Lane Green walk onstage for their show “3 Men and a Baby … Grand,” at the Metropolitan Room, they are dressed in suits and ties. One might easily suppose they are going to make some kind of business presentation. Don’t be fooled, the business they are into features really cool jazz standards, warm, romantic tunes and Broadway hits.

Boswell is the musical director, pianist and backup vocalist, while Lessack and Green are lead vocalists and soloist. The harmonies the three produce are spectacular, whether the song is Jason Robert Brown’s “It All Fades Away” or a medley from “West Side Story.”

The group has created several themed shows singing tributes to Broadway, Sinatra, Mercer and different decades in music. But “3 Men and a Baby… Grand” has it’s own theme: great songs that span several decades performed by three guys who really know what they’re doing.

“You’re Nobody Till Somebody Loves You” is a Rat Pack song that goes back to 1944. “Dad & Me” is an original number by Green. “For Mama” is an instrumental by Boswell that can be heard on his latest album, “Garden of the Sky.”

There was even an engaging moment of audience participation. First Boswell recalled that his father, also a pianist, would go to parties, take requests from other guests and then play all the songs at the end of the evening. Then he asked for audience favorites. Songs he ended up with included “Bye, Bye, Blackbird” from the 1920s, Cyndi Lauper’s “Girl’s Just Want to Have Fun” and “Unchained Melody,” which was the theme song to a 1955 film. The result was a delightful mini-concert.

“3 Men and a Baby … Grand” has the sophistication of a Vegas show, without the glitz. These three have powerful voices that fill an intimate venue, but they know how not to overwhelm. And the show is just long enough to make you wish it were longer.