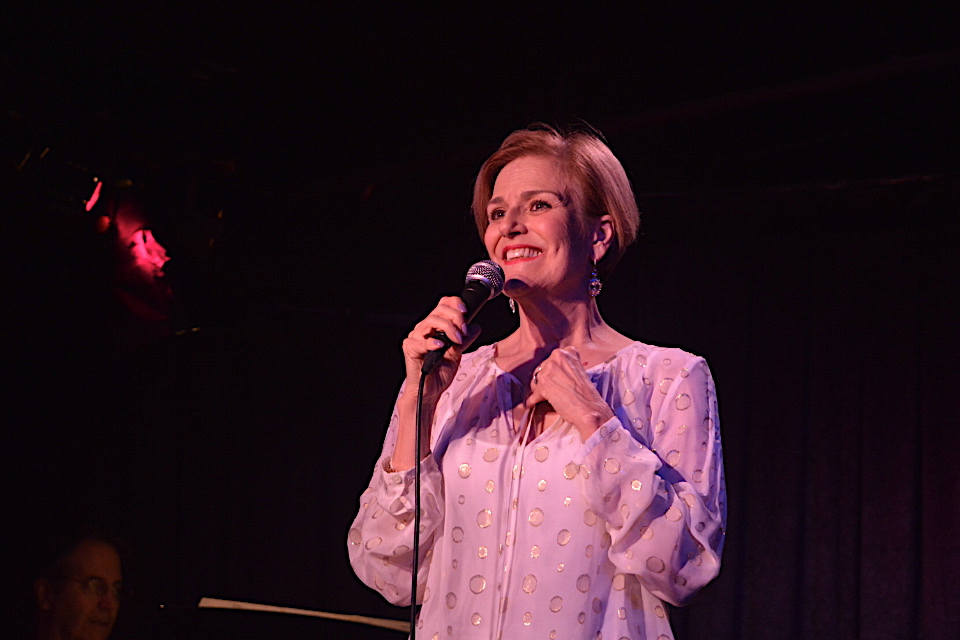 I’ve spent the past 12 hours melting into the memory of Karen Mason’s voice. Her current show Mason in May runs for the rest of the month in Don’t Tell Mama, the intimate New York cabaret space that she helped to open in 1982. The long narrow main theater space wraps its low-lit warmth around audience and performer, underscoring each sigh, each smile, each wise articulation. With any cabaret show, you hope for wisdom in selection and for humanity and artistry in delivery. And this past Sunday, Mason accompanied by the deft and delicate musicianship of her musical director Christopher Denny on piano, provided all these things and more.

Some song selection appears deeply influenced by the playbooks of Judy Garland and Barbra Streisand – from “Just in Time,” “Zing! Went the Strings of my Heart,” “You Made Me Love You,” and “Over the Rainbow” to “Don’t Rain on my Parade” (delivered in part as humor and in part as a demonstration of the power of her vocal instrument). To the delight of this serious Garland fan who is dubious of others tackling her set list, Mason masters the signature tunes and makes them and the rest of the rangy set list all her own. Mason’s menu of musical stories has several dimensions she narrates with charm – from high school beginnings to standby struggles to shows that almost were or that ran for a single day. This expertly crafted cabaret evening provides a combination of song dramaturgy, history, and life experience. Before narrative storytelling intercedes, Mason steps directly into a medley of love-infused, adult “my goodness we’ve found each other let’s revel in it” energy, complete with delicious verses. She backs into George and Ira Gershwin’s ode to joy, “Love is Here to Stay” with the verse’s narrative musing, without accompaniment: “The more I read the papers the less I comprehend, the world and all its capers and how it all will end.” With chortles at our current political shenanigans, she has us in the palm of her hand before the pianist has played a note. And, without pause, we segue into the world of “Just in Time” (Jules Styne, Betty Comden, Adolph Green), that Garland incorporated into her television and stage performances from 1962 through the end of her life. Mason includes the delectable verse with its potent image of an adult who has been through the mill – “I was resting comfortably face down in the gutter” – that turns into something righteous and thrilling, with throbbing piano and a strong enthusiastic vibrato, “now you’re here and now I know just where I’m going, no more doubt or fear, I found my way.” There is a symphony in this full piano arrangement, and a lifetime in this lyrical journey and resolve.

We learn of Mason’s beginnings in suburban Chicago and appearances in the musicals of a Catholic boys school where she didn’t’ find dates but her way to a theater stage – “The second I stood on a stage,” she tells us, “I knew I was home.” Among those first high school theatrical adventures, she was cast as Carrie Pipperidge, and took on “When I Marry Mr. Snow” (Richard Rodgers and Oscar Hammerstein II). Taking on that tune some four decades later, as a married woman of some life experience rather than a teen on the cusp of everything, she unpacks additional layers of meaning.

Her high school spin, as a supporting player in Meredith Willson’s The Music Man, exposed her to “Till There Was You,” that now is delivered as hymn and celebration of love and joy and embrace of life’s possibilities. Mason’s joy is infectious, providing broad and thrilling swoops of emotions, from lyrics delivered as prayerful whispers to swinging, full-throated delight in “love all around.”

The Garland standards scattered through the program benefit from Mason’s consummate actor’s touch. These are Mason’s own exquisite interpretations of “Zing! Went the Strings of my Heart” (James Hanley) and “You Made Me Love You” (James Monaco and Joe McCarthy). Mason conquers “Over the Rainbow,” a mountain for any singer to climb, with delicacy and charm. She includes the infrequently sung verse (“When all the world is a hopeless jumble, and the raindrops tumble all around”) and offers a sweet full throated treatment, in her own arrangement with jazz and simplicity around the edges. Several tunes reflect Mason’s time on Broadway. The forgettable title tune from Play Me a Country Song that opened and closed June 27, 1982. Terrific parody lyrics by Barry Kleinbort for the title song from Sunset Boulevard in which Mason understudied or stood by for three of the original Norma Desmonds – Glenn Close, Betty Buckley, and Elaine Paige. And Mason delivers the Mrs. Danvers eleven o’clock number from the lawsuit-plagued Rebecca that may never open on Broadway. Her treatment of this title song “Rebecca” is a fearsome rumination of a haunted soul possessed by the memory of a departed loved one, evoking joy in Mason’s skill and sadness at an opportunity lost for all of us to observe her brilliance on stage in this role.

A surprising medley of two odes to the Broadway world are one of many highlights of the show. “On Broadway” (Barry Mann and Cynthia Weill) and “Broadway Baby” from Follies (Stephen Sondheim) butt up against each other like aspiring bookends, and then are interspliced delightfully. Who knew that the lyrics of “Broadway Baby” might work with “On Broadway” as musical accompaniment?

My pleasant recollections of Mason’s vocal story telling has been enhanced by dipping into selected cuts of her new CD It’s About Time (Zevely Records) that features several of the evening’s tunes. My favorite tracks on the new CD reflect the simplicity of the arrangements we hear at Don’t Tell Mama – Christopher Denny at the piano, Mason at the microphone, songs from the American songbook’s oldest and newest chapters, and a symphony in our hearts. 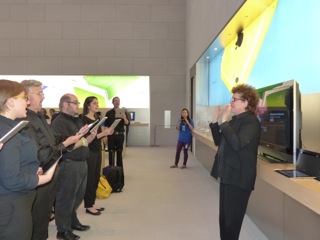 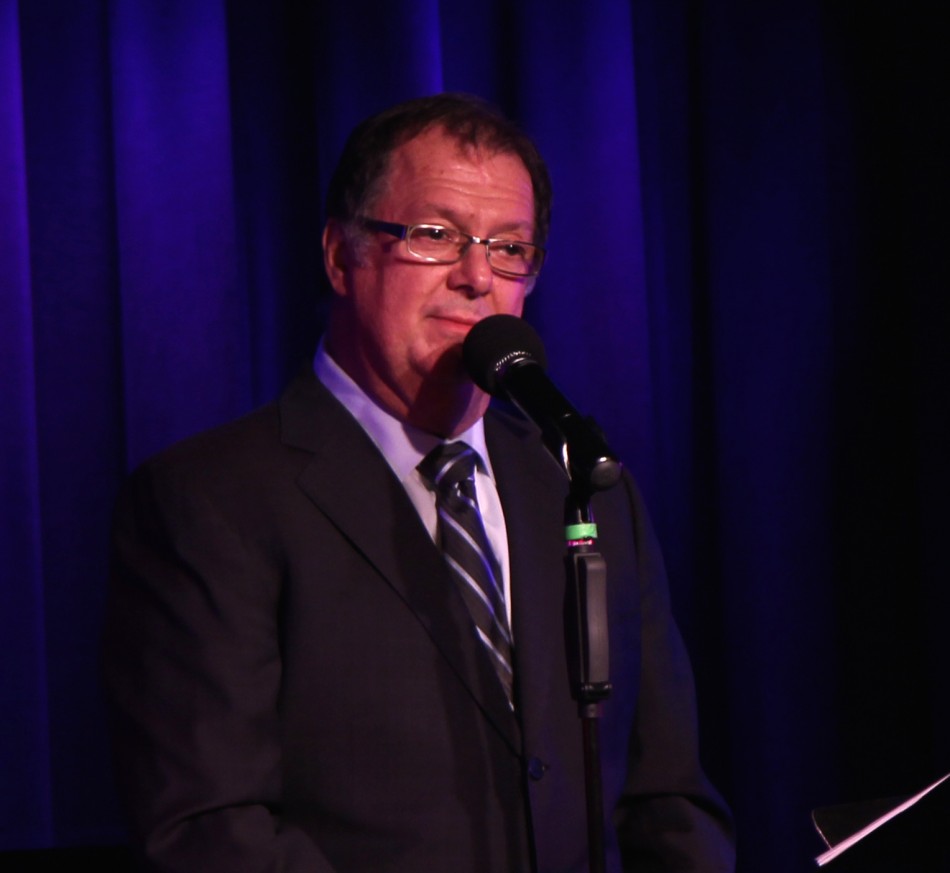 Man About Town: The Wit and Wisdom of Noel Coward