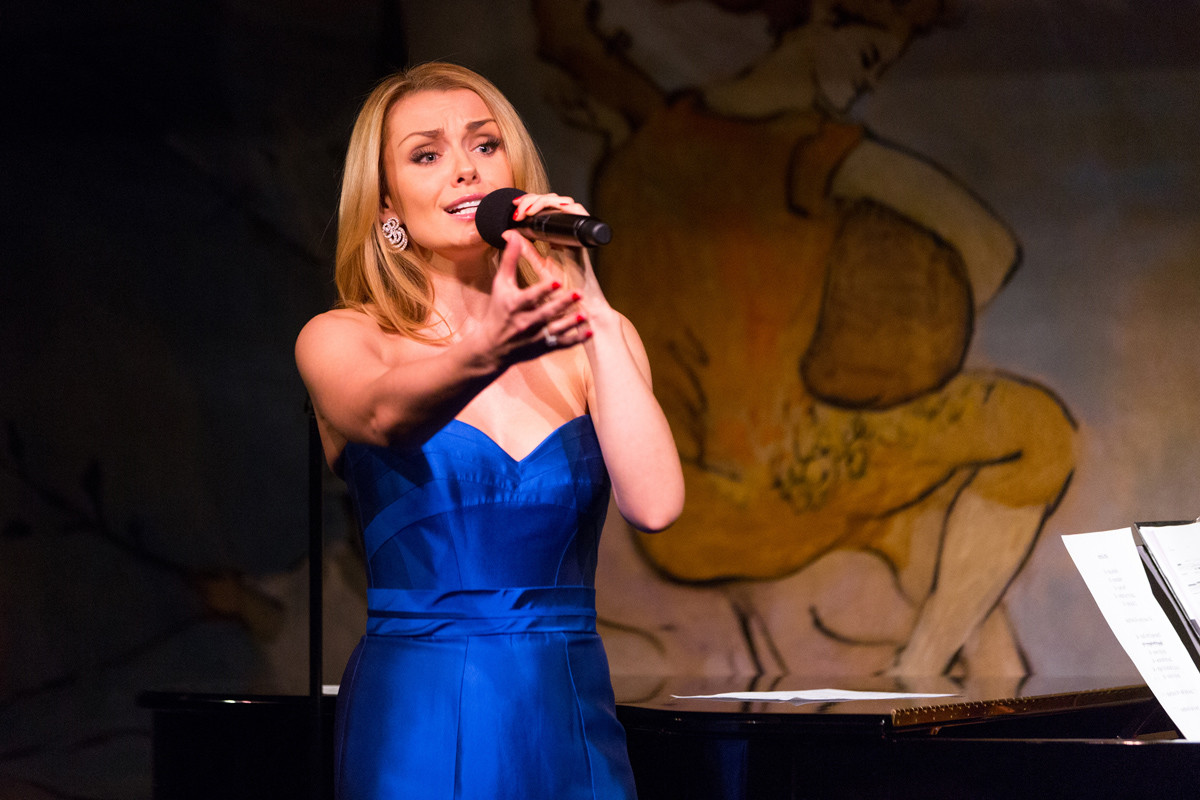 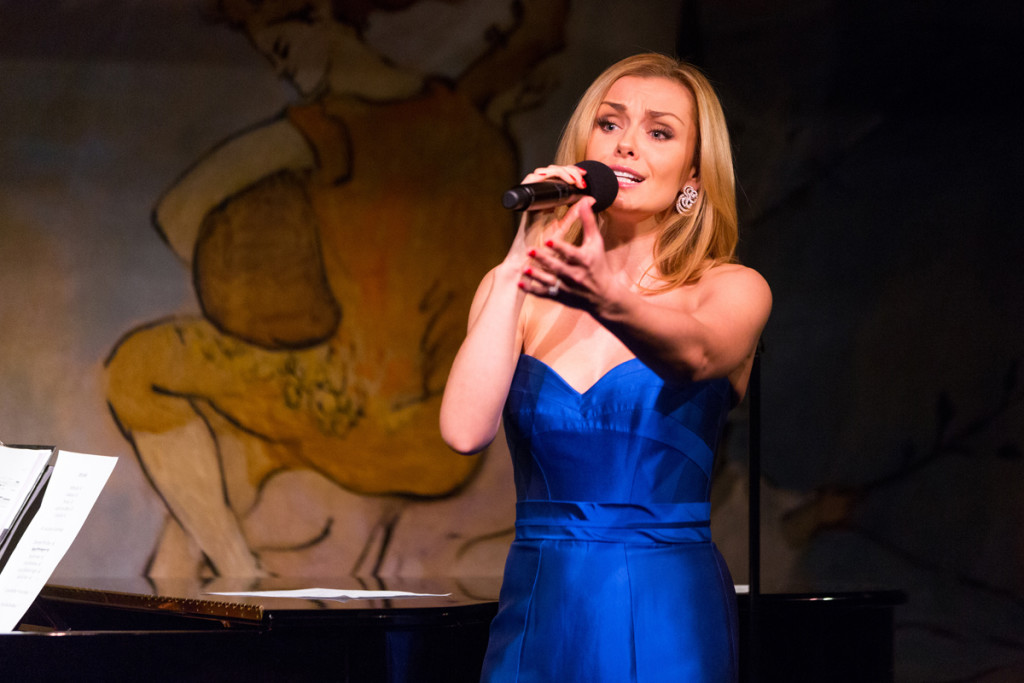 There are singers whose skill is so great that their emotional investment in a song can become buried in perfect pitch and clean phrasing; it’s possible that they’re just too good. This is the gamble one takes in going to see a performer like Katherine Jenkins, the world-renowned mezzo soprano so beloved overseas that she’ll be singing at Queen Elizabeth II’s 90th birthday celebration this month. Her new show at Cafe Carlyle is a stockpile of familiar tunes that fit her like a glove: there’s Bizet and Andrew Lloyd Weber and her finale is “Time to Say Goodbye.” For those who need only a voice as close to perfection as possible, the show is a dream come true; for cynics like me who crave something less polished and more unpredictable, it can be a bit rigid. Jenkins, however, is the most gracious of performers often melting my cynicism and leaving me teary eyed with her honesty as a singer and storyteller. Her professionalism and willingness to give herself to an audience is a testament to the enduring nature of such a conventional setup. 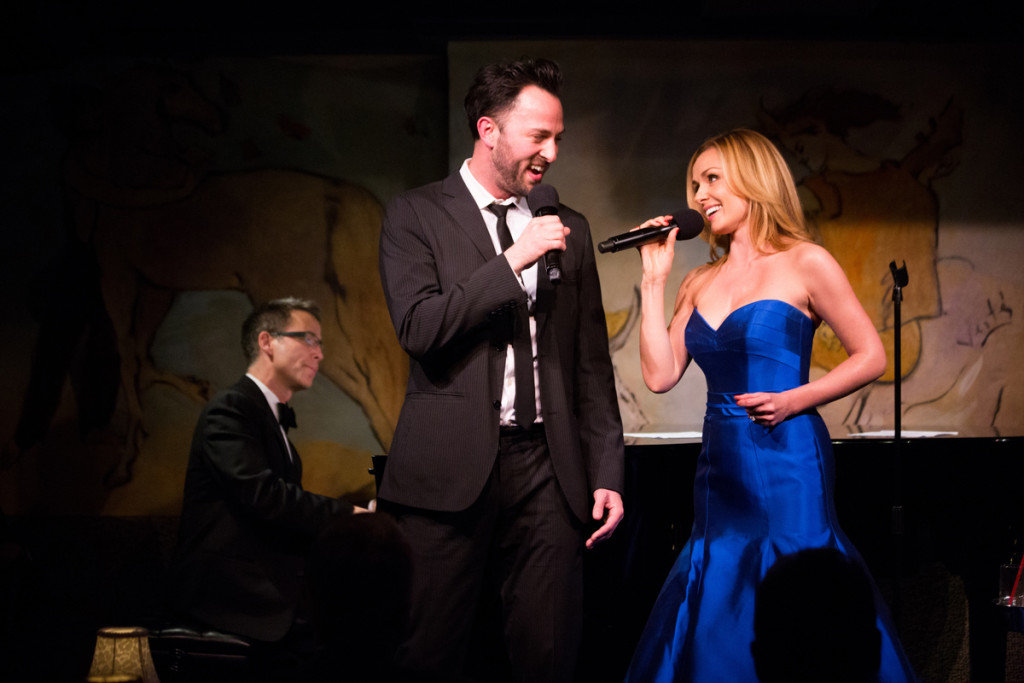 Jenkins’ beauty and sunny disposition are advantageous as she charms throughout her set but they can also work against her. When she performs the Habanera from Carmen, she’s in excellent voice but she’s no sultry gypsy. Similarly, her duets with Kyle Barisich should convey passionate romantic love, but with overly familiar and frankly treacly tunes like “All I Ask” and “Come What May” the two don’t quite make sparks even as they sing beautifully. Jenkins does best with deeply personal renditions of songs with ties to her family and homeland. She dedicates a stirring “Pie Jesu” to her late father. Jenkins doesn’t often appear vulnerable and she reveals information about herself in a carefully measured manner, complemented by her gorgeous singing. An unexpectedly rousing moment comes when she sings the Welsh national anthem, “Land of My Fathers” and gives Americans like me cause to start waving the Welsh flag. 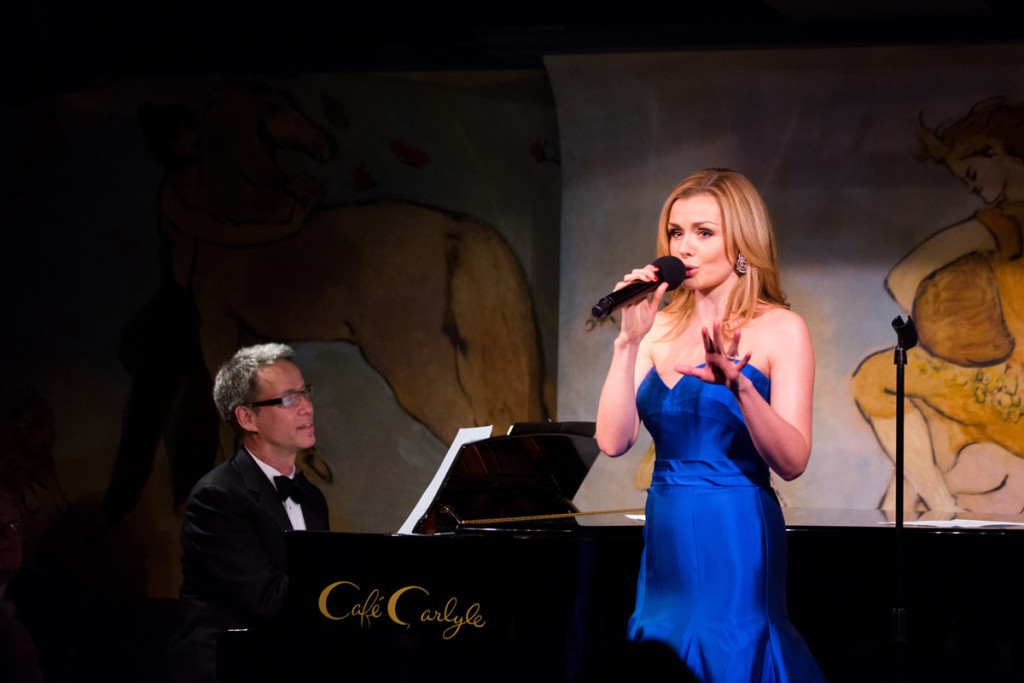 Jenkins cashes in on her ability to make hearts swell with the most familiar of cherished songs, “Somewhere Over the Rainbow.” Given the rest of her set, another well-worn tune with a standard arrangement shouldn’t be this moving, but Jenkins’ story of singing the song to military troops at the beginning of the war in Iraq gives the song even more weight. Here, she is most in sync with her music director, Gerard Steichen, who glides through the song along with Jenkins, transporting listeners in a way that only seasoned professionals can. It’s a remarkable feat to take a concept as familiar as “home” and make it seem so novel and immediately important and Jenkins deftly tackles the major themes with immense talent and sensitivity.