Katie Finneran – It Might be You: A Funny Lady’s Search for Home 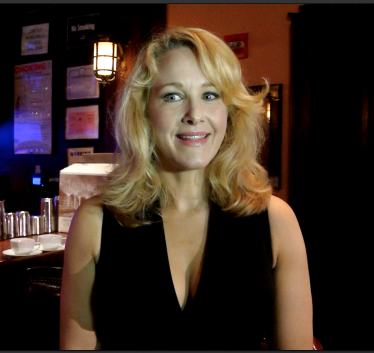 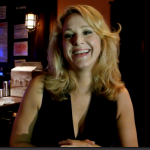 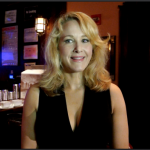 In a nutshell, this is one funny lady who knows how to win an audience in a minute! The two time Tony Award winner made her debut at 54 Below on May 28th to a packed house, looking lean and lovely in a black shirred long gown. All it takes is a look or gesture and her undeniable talents tickle your funny bone, making you an instant fan.

The show is a journey about finding the right man in her late 30s (in this case hubby, actor Darren Goldstein), who came into her life when they were both at the Williamstown Theatre Festival – – “It Might Be You” as she realized this is IT!

But before all this, we get to know the trials and tribulations of the single girl auditioning in theater becoming really sassy as a transplanted New Yorker in “What Do You Think I Am” – sung with original lyrics 1st time, and 2d time peppered up with some choice four letter words.

She barely has to move a muscle to cause a roaring effect explaining Mary Rodgers & Stephen Sondheim’s “The Boy From. . .” (The Mad Show) – a song about a Latin boy from Tacarembo La Tumbe Del Fuego Santa Malipas Zatatecas La Junta Del Sol Y Cruz (Crooth) – – – why do his friends call him Lillian?”

Having just given birth to their first little boy, she lands a role on the Michael J. Fox Show, hilariously told in song while she’s breast feeding and learning her part (“Isn’t She (He) Lovely”), then landing the part of Amy in ‘Company’ thru videos sent to her because she couldn’t be in NY for rehearsals. When did she sleep? Never! What ensued was a dazzling, faster than the speed of light rendition of Sondheim’s “Getting Married Today.”

She seems to have a penchant for being pregnant and on Broadway – 1st baby while in “Promises, Promises” and 2d baby while in “Annie.” But did that stop her? A tender “Who Are You Now” showed a soft vulnerability.

You’ll be bowled over with stories galore from her career and personal life, expressed ingeniously in song and you even get to learn the secrets of how power poses can change your brain perceptions!

Together with pianist/musical director Steve Marzullo, Simon Kafka on guitar, Mary Ann McSweeney on bass and Eric Poland on drums, you’ll find yourself glad you came to see this top comedic Broadway performer.