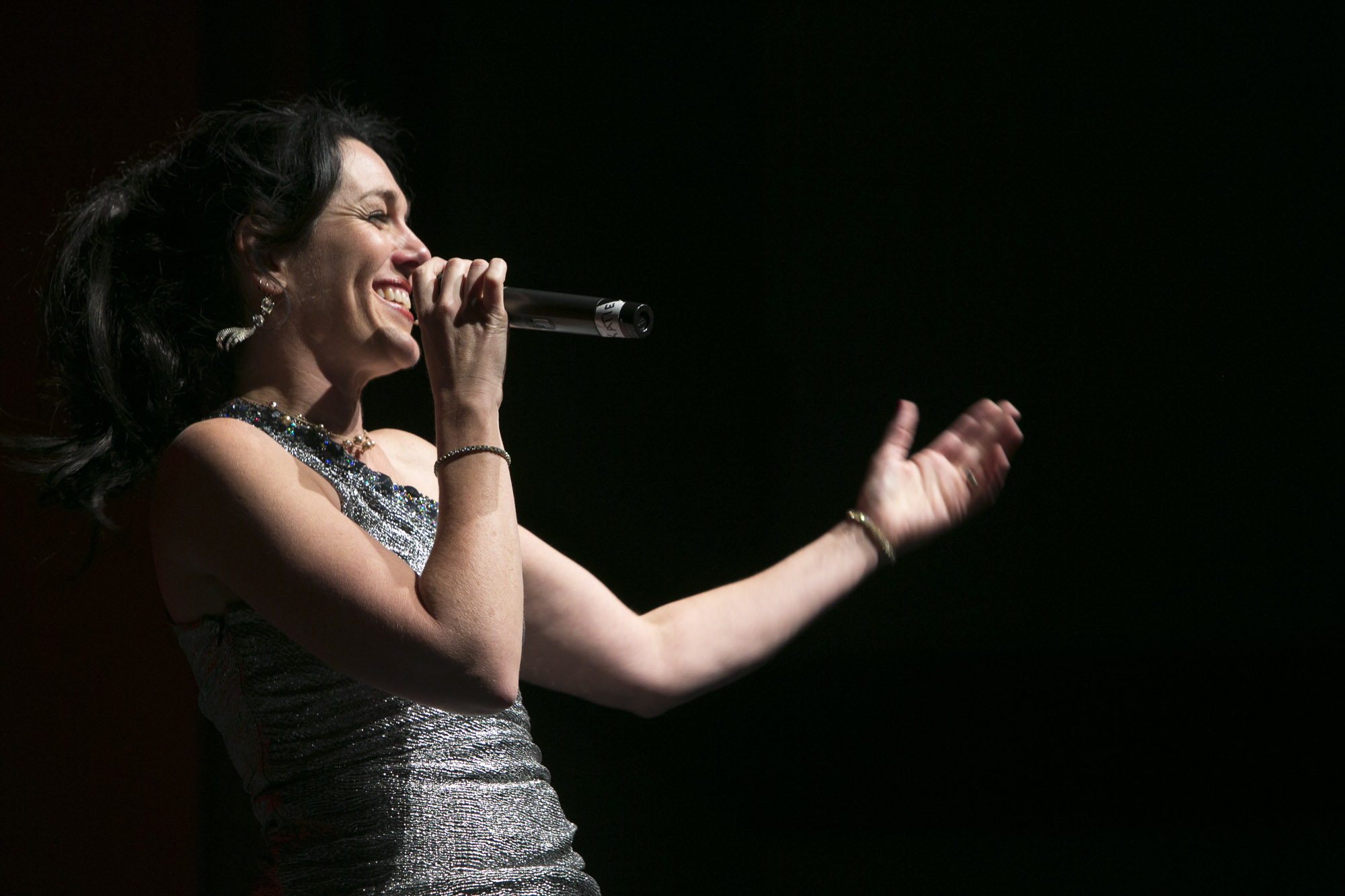 Wednesday, January 18: high in the mid-40s, scattered thinking and low hanging brain fog. It’s the kind of evening you want to spend with that straight-shooting, clever friend, the one who reads your mind and lifts your spirits. So you walk down the steps to Feinstein’s/54 Below and experience Katie Goodman.

When this striking performer took the stage, the room lit up. Yes, there were strobe lights. Yes, she wore a top of bounteous silver glitter. But those were languid appurtenances next to Katie’s impassioned sparkle.

Katie Goodman is a force. Armed with a broad spectrum of talents and high intelligence, her assiduously ironic performance addresses immediate issues that defy logical discourse. She shoots from the hip but her aim is true. Her aim is truth. With musical wit, uproarious candor, clever jibes, rapid-fire audacity and 20/20 vision, Katie sings it as she sees it.

One of her first numbers was a refreshingly straightforward assessment of the state of the Union: “I Didn’t F**k It Up!” Opening with placating piano riffs reminiscent of “Kumbaya,” Katie swings into Did you f**k it up? Now ask you neighbor! Did YOU f**k it up? Let’s all unf**k it up!

Then a brilliant ode to the outspoken homophobes whose political platforms are draped with anti-gay rhetoric: “Probably Gay” (performed with Broad Comedy members Molly Kelleher, Tana Sirois and Carlita Victoria). Perfection: “Things I can’t Fucking Remember” I forgot my ticket confirmation and you want me to remember my frequent flyer number? I can’t remember if I put in a tampon! Wait, did I sing this song already?

Though heavily peppered with profanities, Katie’s show is not a cabaret of devil-may-care comedy. This is a comedian who cares. Deeply. Katie Goodman is the most socially conscious performer I’ve seen. Her seemingly scattered, salty irreverence is, in fact, the McGuffin’s favorite dish.

During her song “Move Some Shit Around,” there was an arresting moment that will stay with me. Watching Alien 2 with her son, Katie excitedly waits for a scene in which Ripley realizes that it’s up to her to get into an enormous robot suit in order to “move some shit around.” As Ripley gets into the machine, the men laugh, but of course she pulls it off and saves the day. I love that scene. I couldn’t wait for him to see it. Then my son asked, ‘Mom, why did those guys laugh?’ And I realized that it never occurred to him that a woman couldn’t handle that massive robot suit. And it didn’t surprise him when a Presidential candidate was a woman in a pants suit . . . We’ve moved so much shit around, yet our generation’s reality is just short of what we want to see. But our children will see it. They’ll move some more shit around.

Performance art provides an opportunity to address those issues that boggle the mind and play Boggle with discourse. And when opportunity knocked, Katie threw open the French doors, her lustrous hair shimmering in the sun, her lips parting slowly just to say, “Where the fuck have you been? And what’s my frequent flyer number?”

Katie’s first guest, NPR’s Ophira Eisenberg, was a marvel of deadpan delivery and bull’s eye humor. On being a Jewish Canadian in NYC: My Puerto Rican neighbor is more Jewish than I am. I leave my apartment and he waves, yelling ‘Gut Yuntiff!’ So I wave back, ‘Um, right! You too!’ On the exhausted new mom and her rare evening out: It has to be ideal. You go through a secret door, find yourself on some rooftop which leads to a passageway that takes you to a bar so exclusive that cocktails cost $45 because they’re made with the blood and sweat of the cast of Hamilton. Music, fireworks . . . Then your friend calls to cancel and you get to go to bed. That’s the ideal night out.

Next, John Fugelsang’s fast-paced set, an island-long ticker tape parade of colorful observations and wry explanations. Even His Holiness incurred the wrath of his Assholiness. Building walls instead of bridges is not being a Christian? Wrong! I’m gonna make Jesus great again, and I mean BIGLY! And on Liberals: I could go to Whole Foods and sell them goat phlegm as long as I write ‘With Antioxidants’ on the label!

Brilliant lyricist and composer Laurence O’Keefe launched into the first of several riotous, new compositions, “Let’s All Look at Our Phones.” Social commentary at it’s finest: I don’t feel alone when I look at my phone . . . Your child’s in a show so you look through your phone . . . Dealing with family when visiting home, I want to say, “Fuck you! I’m fully-grown! Instead, I look at my phone! Broadway’s Paul Canaan made a guest appearance and accompanied Laurence in another comedic composition, “One at a Time.”

In a world rife with Newspeak, Katie Goodman is an oasis of uncensored sense and sensibility. She’s your straight-shooting friend, the one who reminds you of how far we’ve come, and that there is a road back to normal.

Be the change you want to see in the world. 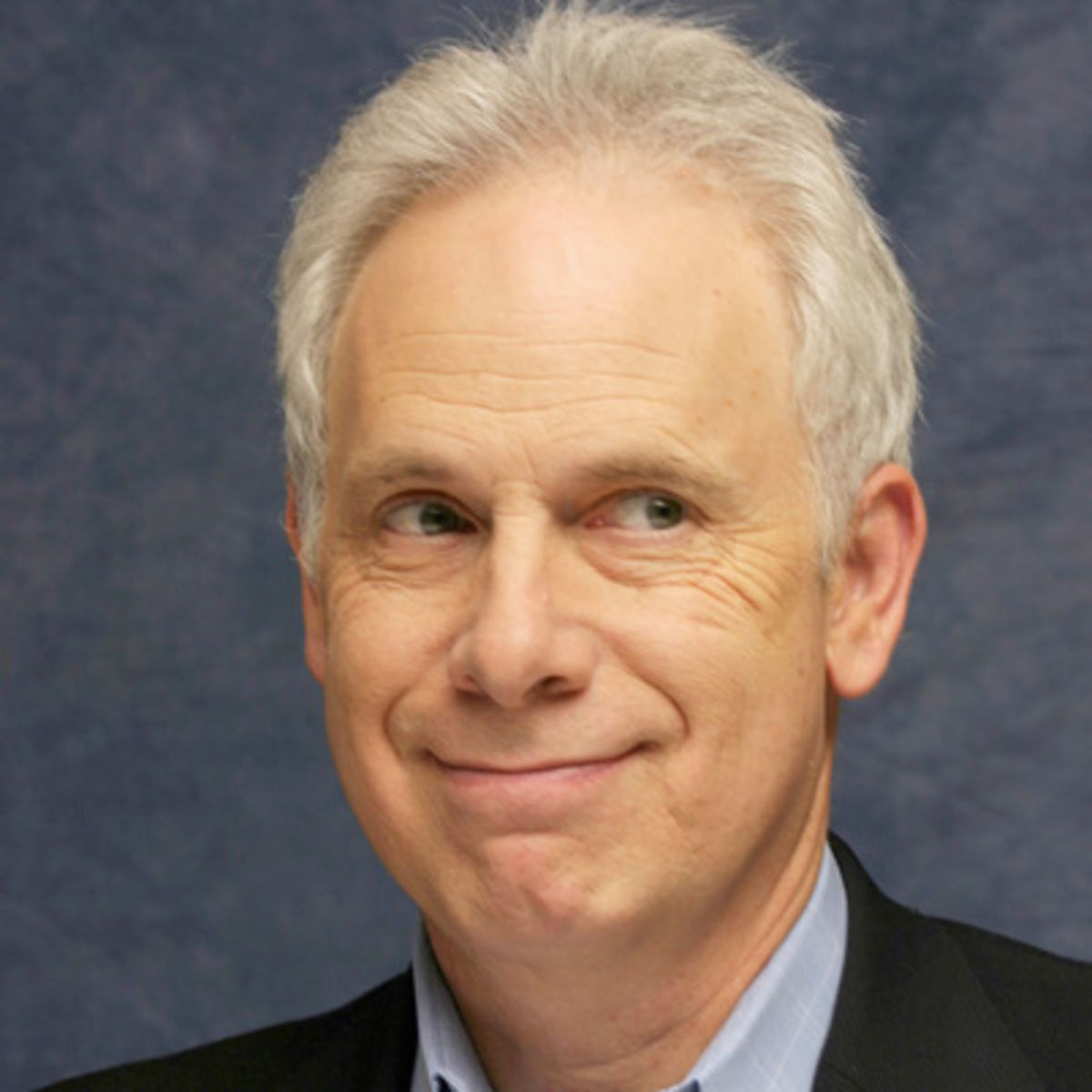 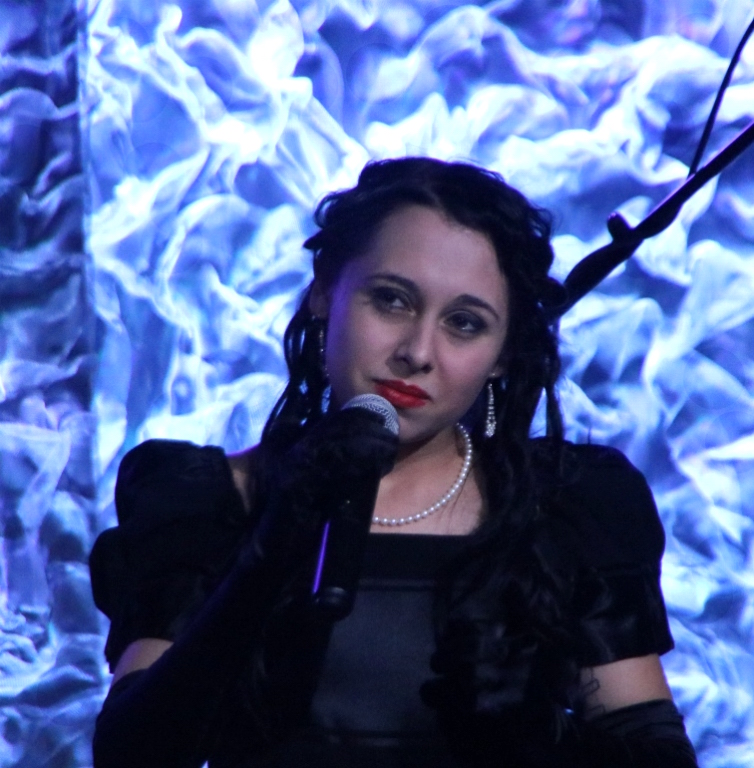 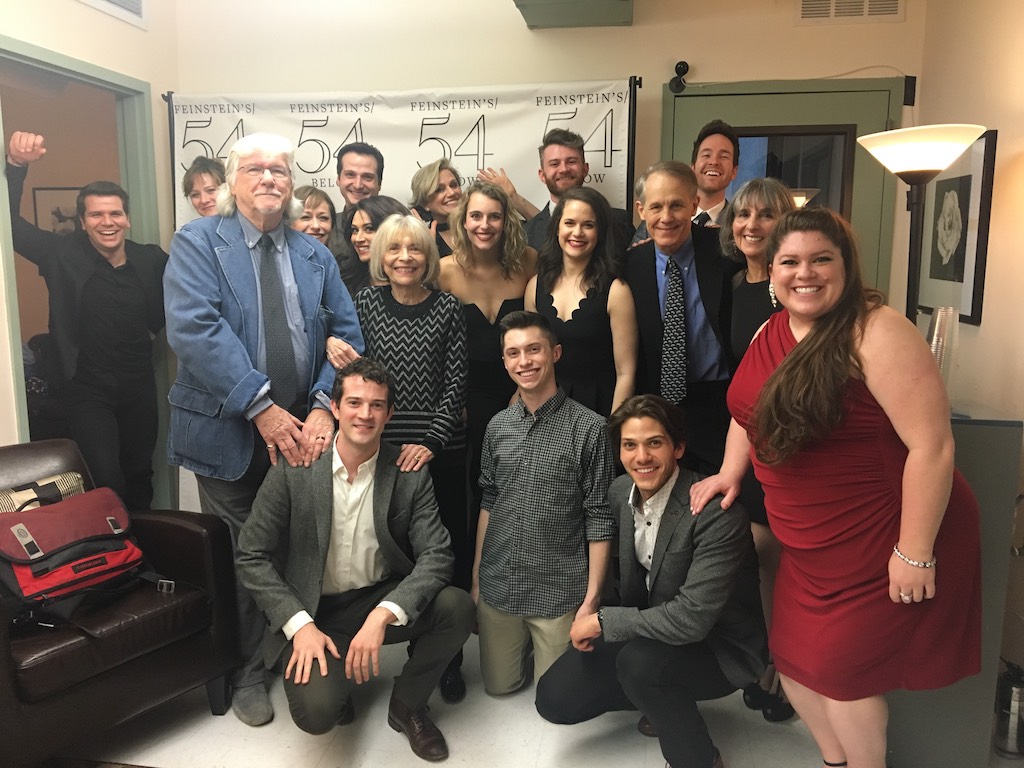 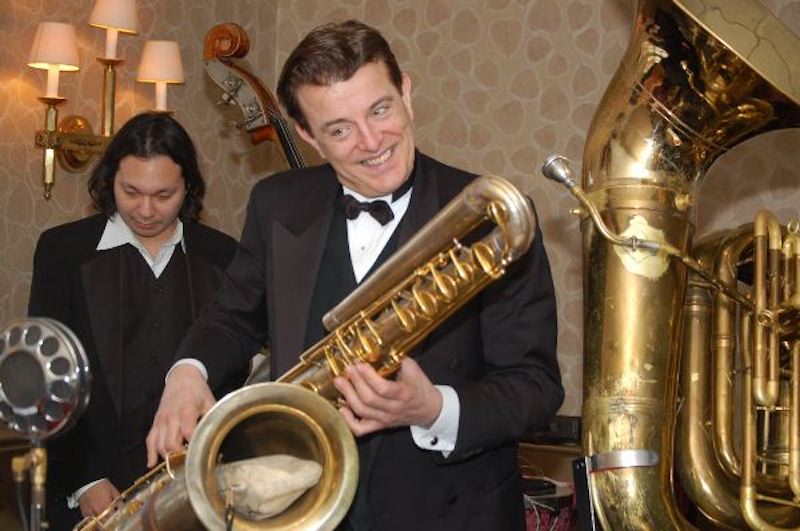