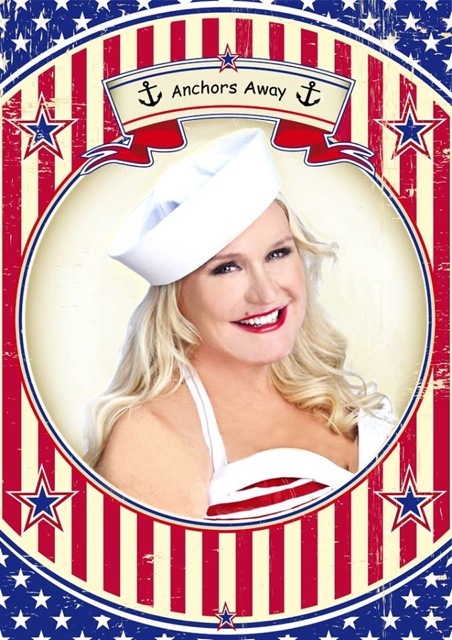 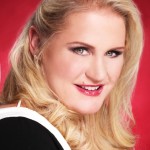 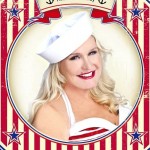 Don’t Tell Mama is celebrating Fleet Week 2015 with Anchors Away, a show created and performed by US Navy Veteran, Kim Sutton, a very bright teenage girl of limited means who was dying to get out of the small Pennsylvania town in which she found herself stuck. After she aced the ASVAB test for the Military, she was promised admission to Nuclear Power School, only to be discover once her enlistment papers were signed, sealed and dotted, that females were not permitted to attend Nuclear Power School at that time.

Disappointed but not discouraged, and above all reluctant to be re-stuck from whence she’d come, Kim agreed to be trained as a Hospital Corpsman and consistently advanced in rank during the 6 years of her enlistment by doing excellent work and acing every test she took. However, Navy life had limitations for a pretty, ebullient, buxom blonde. Perhaps the most revealing story she tells is about a really significant promotion for which she was being tested, when the senior staff of her post urged her to not take the test to make it easier for her boyfriend, who’d previously failed the test and was retaking it, to get that promotion. She also talks about how her plan to stop the spread of aids on her base was rejected by her superiors. Did that stop her? No. She did what she thought was right.

However, she credits the Navy with turning her into a woman of substance and still lives by the Navy’s principles of Honor, Courage and Commitment. And she certainly has kept busy. She’s competed in triathlons, Tough Mudders, the Warrior Dash and Spartan Run. She’s cliff-dived in Mexico, became an MMA Kickboxing fighter, took pole dancing lessons, has been a successful business owner, a 26-year long loving wife of a “smoking hot” sailor and the mother of two extraordinary daughters.

How did she end up in Cabaret. It was on her Bucket List.

Kim is a very honest, open and likeable performer in a softer version of the Sophie Tucker tradition. Her hour and a half show is packed with verbal pictures of a young woman’s life in the Military during the 1980’s. Her long blonde hair reaches the collar of her Blue Sequin Jacket which hugs her sorta strapless red and white striped halter top. Kim opens with a Rock and Roll medley of the Star Spangled Banner and Anchors Away followed by a softer In The Navy. She’s appealing but her delivery is not always consistent. She’s stronger on the Rock and Roll Numbers like This is It and Ease on Down the Road, weaker on ballads, but all is forgiven when she pretty much belts out Don’t Rain on My Parade flawlessly followed by a powerful and interesting finale of songs by several composers – Kander and Ebb, Alicia Keys, Shawn Carter, Axel Rose, etc — about New York.

One final point. Kim and the “smoking hot sailor” are celebrating their 26th Anniversary this Fleet Week and he was there clapping away. She should have asked him to stand up. Everyone in the place was dying to get a look at him. Who doesn’t want to see a “smoking hot sailor” 26 years later?

Kim and Anchors Away will be appearing again at Don’t Tell Mama’s on Friday, May 22nd at 7 pm. Proceeds of the show will go to the Navy SEAL Foundation and Kim is waiving the cover charge for any service person who arrives in uniform. 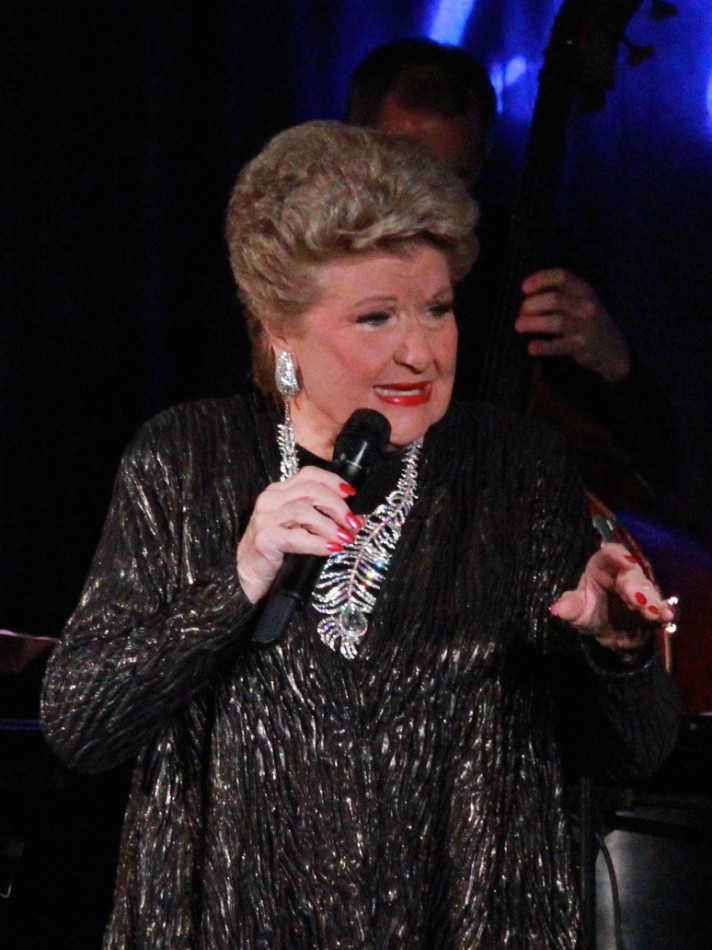 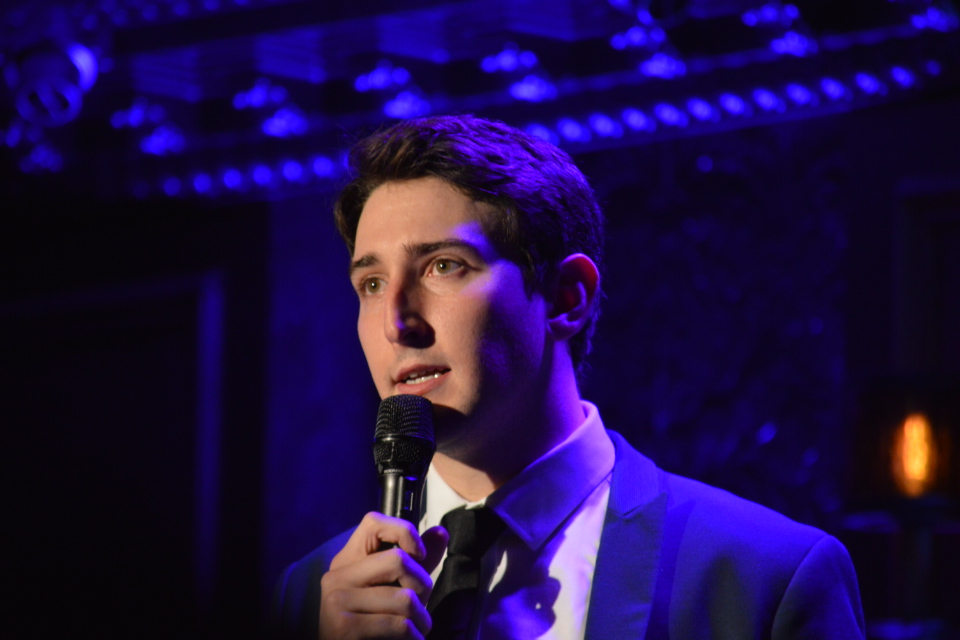