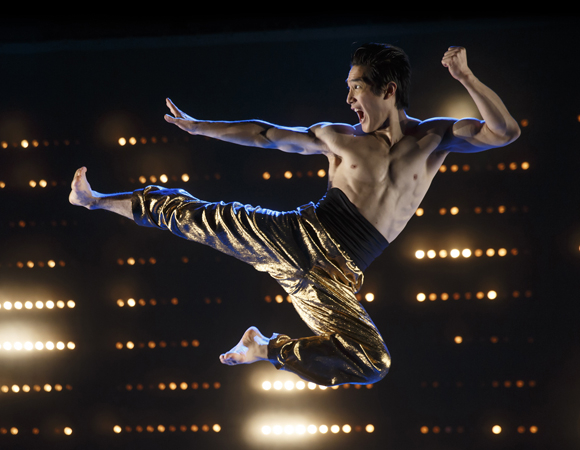 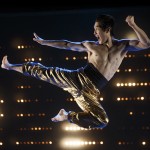 Bigotry, stereotypes and pure unadulterated drive are the forces in David Henry Hwang’s fighting ferocious bio-drama about the one and only Bruce Lee, who founded the martial arts known as “Kung Fu,” currently at the Signature Theater.

Bodies fly, twist, twirl and spin through the air as Cole Horibe, who plays Bruce Lee, brings his TaeKwondo background as former contestant on “So You Think You Can Dance” to debut as actor on stage.  Although, he is still a novice and must now learn the art of acting, Horibe is an expert in the dance of martial arts as he inserts his philosophy about concentration and “the art of fighting without fighting” on both students and, down the road in Lee’s career, on film celebrities (Steve McQueen, James Coburn).

After a turbulent childhood as a street fighter in Hong Kong, his parents send him to America where he was born when his father was touring there.  His English isn’t so good, but he can still put the moves on Patty (Kristen Faith Oei), a dancer at a studio and, later, on his soon-to-be wife Linda (Phoebe Strole who plays well as the understated wife who defers to her husband) a student in his class.  As he develops an inner philosophy, his demeanor softens albeit his sense of humor never fades, nor his strong persistence to get what he wants. 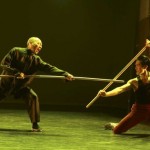 Through flashbacks, his stormy relationship with his father Hoi-Chuen (Francis Jue), an actor in Chinese theater, give insight into Lee’s younger years. Jue is outstanding in this role.

Bruce Lee tried valiantly to make it against all odds of orientals being cast in leading roles thinking that he would star in the Kung Fu Western Series “The Warrior”(which went to David Carradine), after gaining fame playing the secondary role of Kato on TV’s “The Green Hornet.”

He is humiliated in Hollywood when he befriends James Coburn (well played by black actor Clifton Duncan), one of his martial arts students. Bruce Lee’s ending is unfortunately early, when he dies at the age of 32.

There is also an outstanding portrayal by Peter Kim who plays Toshi, a nerdy type who becomes a student and friend, and also plays the role of William Dozier.  Adorable Bradley Fong plays son Brandon. Kudos to the entire cast of martial arts-dance experts who provide the on-going excitement.

The scenes take place in a large studio type setting (David Zinn) that also doubles as the Lee’s Hollywood mansion (with added floor to ceiling bookcases) that could have used more flourish.

The problematic part of Kung Fu has to do with the lack of a developed script so that the storyline is stilted and secondary to the exquisite choreography of Sonya Tayeh in the lavish dance segments accented by the terrific fight direction of Emmanuel Brown.  Without a doubt, director Leigh Silverman has her hand in the razor sharp sequences.

Perhaps this might have been better served as a series – Part I, Part II, Part III – as Bruce Lee’s life had so many exciting facets that need to be explored. 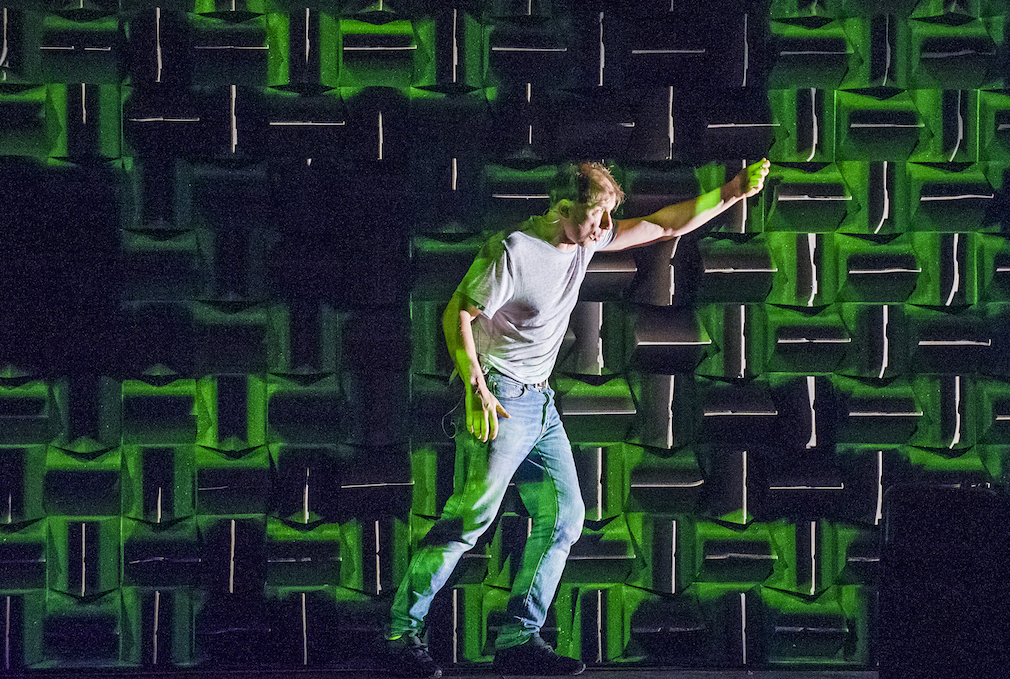 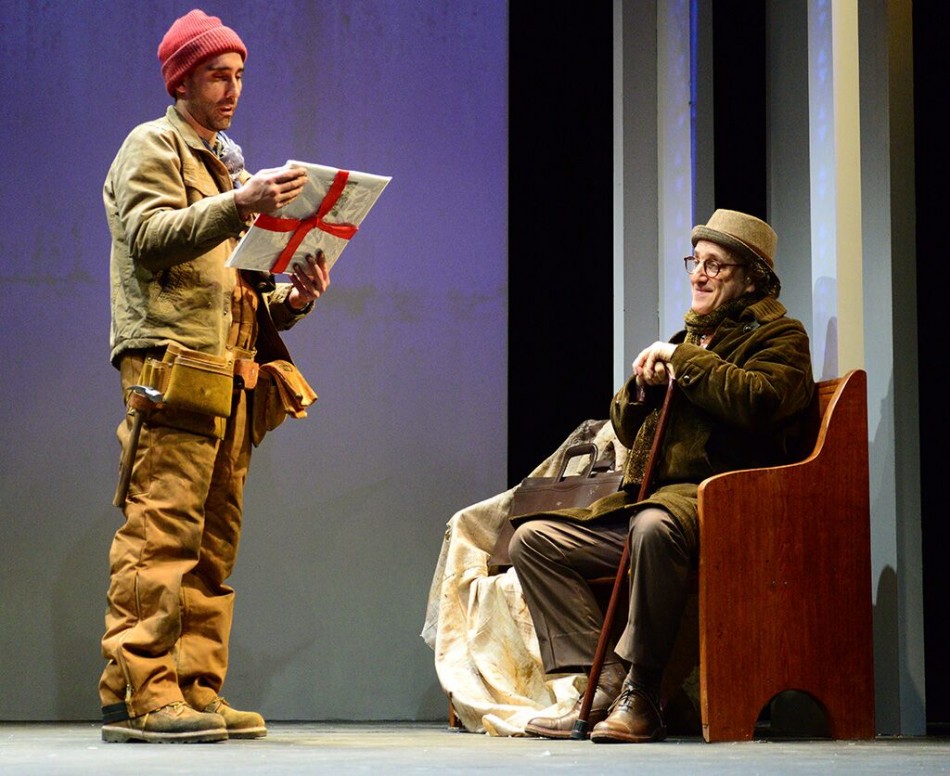 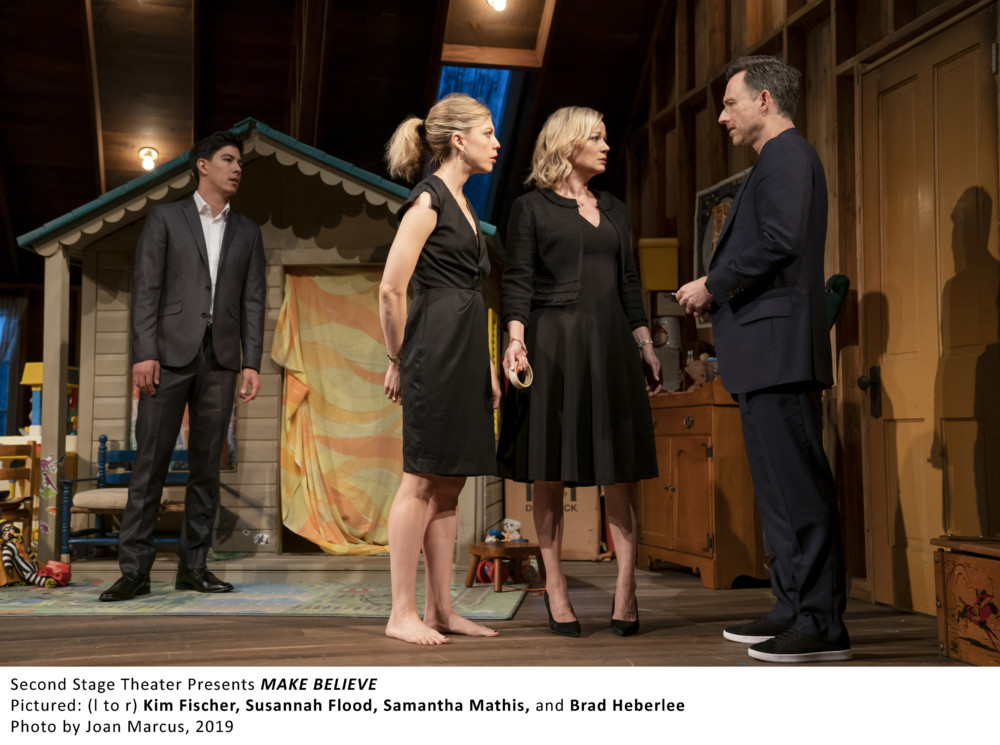