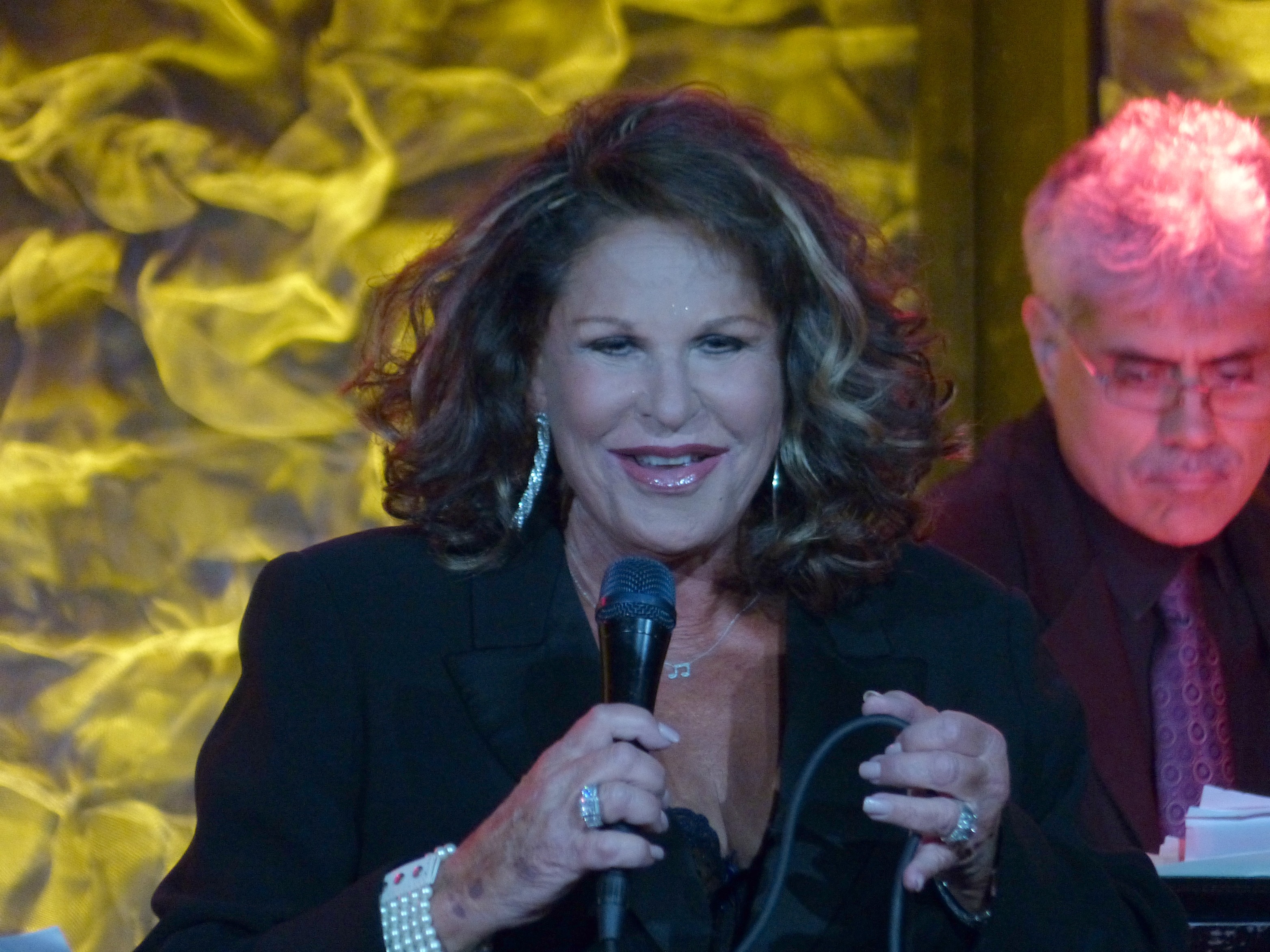 Laine Kazan has a cold, we soon realize. Raspy vocal quality, tetchy intonation, and without the big sound and wild abandon we have seen from her on stage and screen. Yet, in Tuesday evening’s Iridium performance, I couldn’t have cared less that the singing was in a low and minor key. The stories in each song were achingly clear. These rhapsodic musings on love and a splendid homage to Judy Garland highlighted a master class in performing through physical challenges.

Kazan’s well-crafted set list can be seen through several lenses: Broadway balladeer, a lover of old films and the songs that appeared in them, and a lover of Judy Garland among them. Each tune showcased big emotions, clear storytelling, and sometimes a backstory worth sharing. Kazan told us that she now teaches storytelling in singing, and because of the limits to her vocal production, this essential element of the singer’s toolkit was on primary display.

Easy familiarity with her musicians reflected long-term working relationships that ease Kazan’s path through the evening: 40 years with drummer Eddie Caccavale, 15 years with bassist Lew Scott, and 25 years with piano player Bob Kaye. (The tenure of bongo playing percussionist Chembo Corneil was not remarked upon, yet layered into the tonal landscape of the performances well.)

Fred Astaire came to mind during the show with several Irving Berlin tunes he introduced on film: “Let’s Face the Music and Dance” and “Cheek to Cheek.” 1960s Broadway tunes received splendid treatment, especially a bossa nova approach to the 1962 “The Sweetest Sounds” (Richard Rodgers) from No Strings that’s paired with “Something Coming” (Leonard Bernstein and Stephen Sondheim) from West Side Story.

Kazan’s stint as a Funny Girl understudy provided drama that she shared with us, animated by the fact that the Iridium is next door to the Winter Garden Theatre where the three-year run of the show began in 1964. As Streisand’s understudy, Kazan spent months in the chorus waiting for her chance as Fanny Brice on stage.

You’d be forgiven if you recalled Elaine Stritch’s story about understudying Merman in 1950’s Call Me Madam, recounted in Stritch’s one woman show At Liberty. Kazan is not quite a Stritch-level story teller but highlights of her Funny Girl journey are fabulous: for a performance in which she has been told she will appear, she dredged up all the media contacts she’d been collecting for months (“If you ever go on, give me a call”) and used them, only to have her ambitions thwarted when Streisand went on that day. Warning of a second Streisand absence gave her another chance: she obtained permission to make just one call and contacted her mother “who had a duplicate list” and the media came and covered her. This revealing story set up a tune from the show that is becoming a powerhouse cabaret standard and Kazan delivered well, despite challenged final notes: “His is the Only Music That Makes Me Dance.”

Judy Garland framed the evening more than any other performer, in set list song order, palpable performer appreciation, and a sweet personal story. Garland fans like me will recognize the infrequently performed “Here’s What I’m Here For” (Harold Arlen and Ira Gershwin) that Kazan’s uses to open her show. The tune was created for then cut from the 1954 Garland A Star is Born (later replaced in a 1983 restoration). “You Go to My Head” (Fred Coots and Haven Gillespie) was bubbling and bumpy in an arrangement with a strong percussive undertow that evoked but did not replicate the arrangement Garland performed on stage through the 1960s. A medley of “The Trolley Song” (Hugh Martin and Ralph Blane) from Meet Me in St. Louis and “Gotta Have Me To With You” (Harold Arlen and Ira Gershwin) from A Star is Born followed a lovely story of Kazan meeting Garland through Dean Martin in the 1960s, attending a party at Garland’s home, and being urged to sing by her idol.

Kazan’s compromised vocal chords gave her problems in a belting arrangement of Garland’s classic “The Man That Got Away” (Harold Arlen and Ira Gershwin). Similarly, Sophie Tucker’s signature tune “Some of These Days” (Sheldon Brooks) could have been excised in exchange for additional tunes like the delicately delivered “If You Go Away” (Jacques Brel and Rod McKuen) that her rough throat handled with ease. Experts and long-time cabaret fans were out in force at my performance, including cabaret historian James Gavin and legendary performer Marilyn Maye. Who knows who will be present during the final few shows during this engagement?