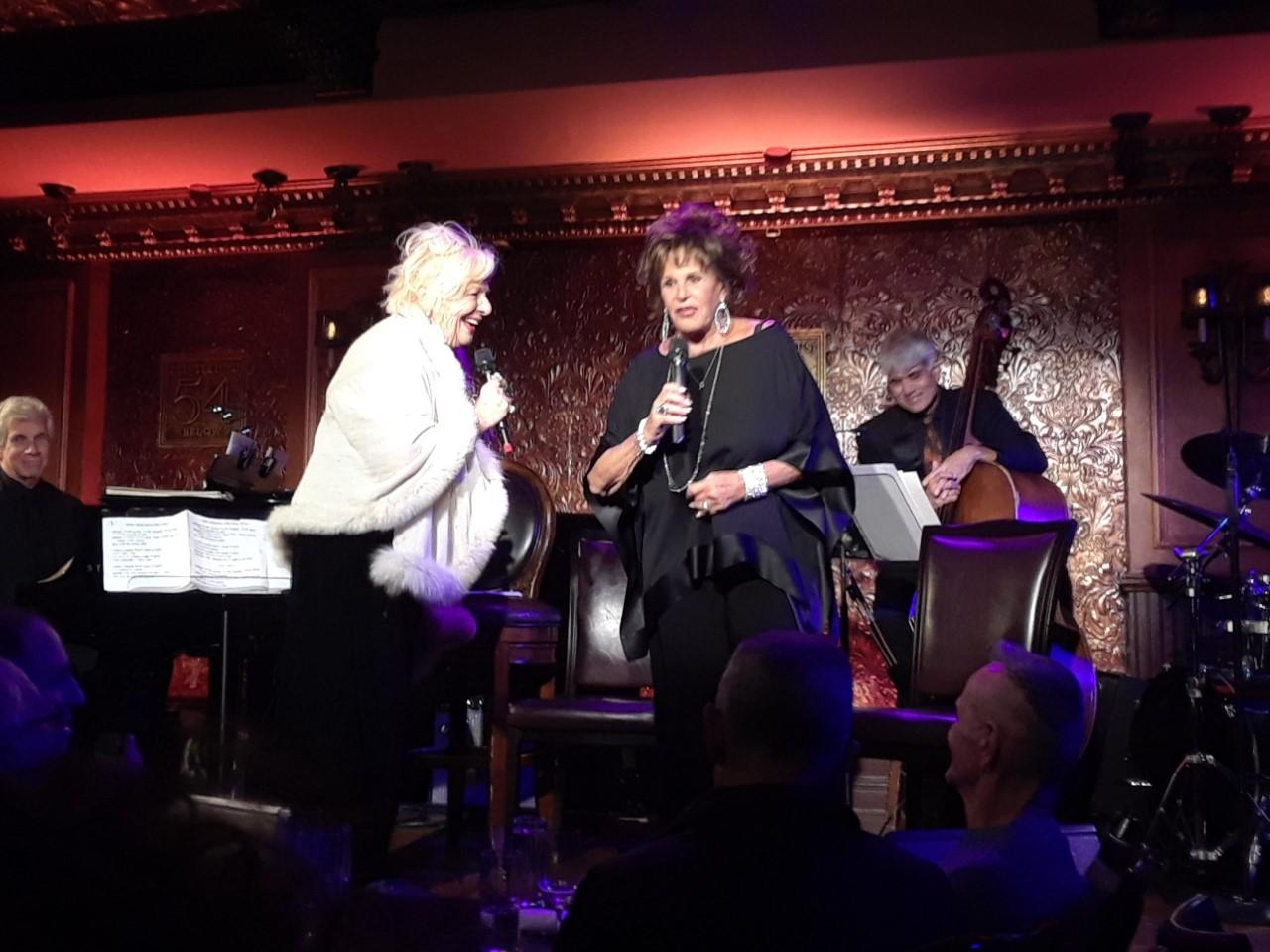 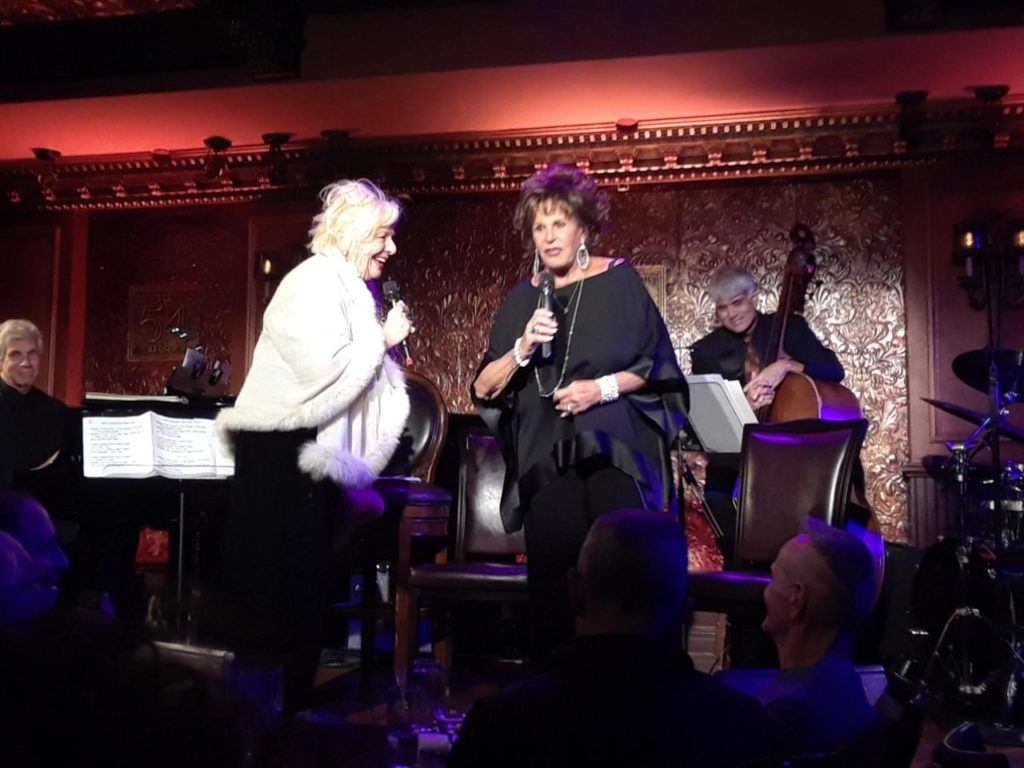 When one shows up to see a Lainie Kazan show, a certain amount of the unexpected is expected.

A cross-generational pool of fans and devotees once again filled Feinstein’s/54 Below to bask in the presence of this entertainment industry legend. But on this occasion, Ms Kazan’s assistant arrives on stage and announces that the star woke up with laryngitis but assures us that she will indeed ensure that the show goes on. What might have been interpreted as the set up for disappointment, turned out to be the catalyst to a thoroughly magical and very special evening.

Ms. Kazan chats to her room full of friends briefly explaining that singing is more strenuous on her voice than talking, but nonetheless, proceeds to gift us all with an unfaltering rendition of “Both Sides Now” (album Clouds by Joni Mitchell), with the same panache and engaging performance as always.

Her long-time assistant and friend, Scott Khouri, then joined her on stage and began to interview her. Answering how it really began for her, Ms Kazan recalls that she sang on the TV Show Star Time as a little girl. At nine years old she played “Bloody Mary” in South Pacific and recalls that Anne Bancroft was a great inspiration to her. Eventually singing in a small club, that the older New Yorker’s in the audience collectively sighed at the mention of; The Living Room, where Ms. Kazan performed and was subsequently discovered.

There were a few of those standard stories that some of us have heard, but this evening Ms. Kazan really let her guard down and openly shared memories and details of events and experiences that never quite made it into her Wikipedia page.

Stories like opening for Buddy Hackett singing Porgy & Bess and being bemused by laughter emanating from the audience, only to discover that Hackett was off to the side of the stage flapping his bathrobe open and exposing himself… or how an appointment with a too-busy hairdresser left Ms. Kazan resorting to wearing a faux on her date with William Shatner, whose dog ended up chewing it to bits. 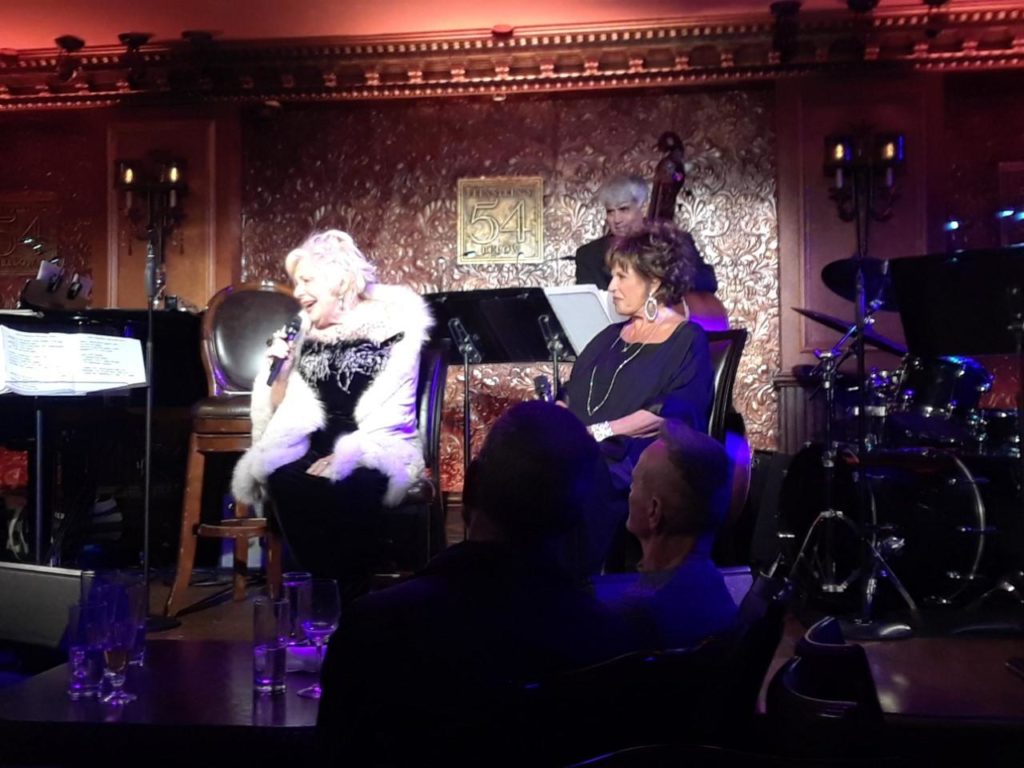 A thrilling added bonus was a surprise guest in the form of the incomparable Renée Taylor who was coaxed out from the audience and delivered to the stage where she proceeded to good-naturedly needle her lifetime friend and ask the really embarrassing questions. In Taylor’s own particular style of unabashed, indelicate churlishness that she is both famous and cherished for, she was humorously able to have her friend dish the dirt on some very private experiences.

Ms. Kazan acknowledged that she’s lived an incredible life, with still more to go as she pointed out, but expressed that she finally feels able to reveal herself fully through sharing her stories live on stage, completely unscripted.

There is always a warmth emanating from a Lainie Kazan audience, because everyone has their own special favorite memory of her; whether that was having seen the Tony nominee live on Broadway, or a regular viewer of The Dean Martin Show in the 60s and witnessing her adorable singing performances and natural effervescence bubbling from their TV screens, or her Golden Globe nominated performance in My Favorite Year 1982, or as the well-intentioned mother, Leona Bloom, in Beaches 1988, or as the mother we loved to love in her Screen Actors Guild nominated performance in My Big Fat Greek Wedding 2002 or the countless TV shows this Emmy nominated industry favorite has appeared on.

Ms. Kazan ends the evening on a sexy high with her rendition of Dave Frishberg’s Peel Me a Grape, effortlessly still showing us how it’s done.

What was unexpectedly but organically created that evening became a treasured delight in the form of a newly formatted show that audiences will never forget and be forever grateful.

Impossible to put just one label on this extraordinarily talented lady, who has been touted as one of the greatest performers of our time, and with an irresistibly infectious sense of humor and just downright lovable manner, an evening with Lainie Kazan turned out to be a unique and memorable event that fans will hold close to their hearts for years to come.

(Ms Kazan was accompanied by Steve Rawlins on piano, Lew Scott on Bass, and Eddie Caccavale on drums)