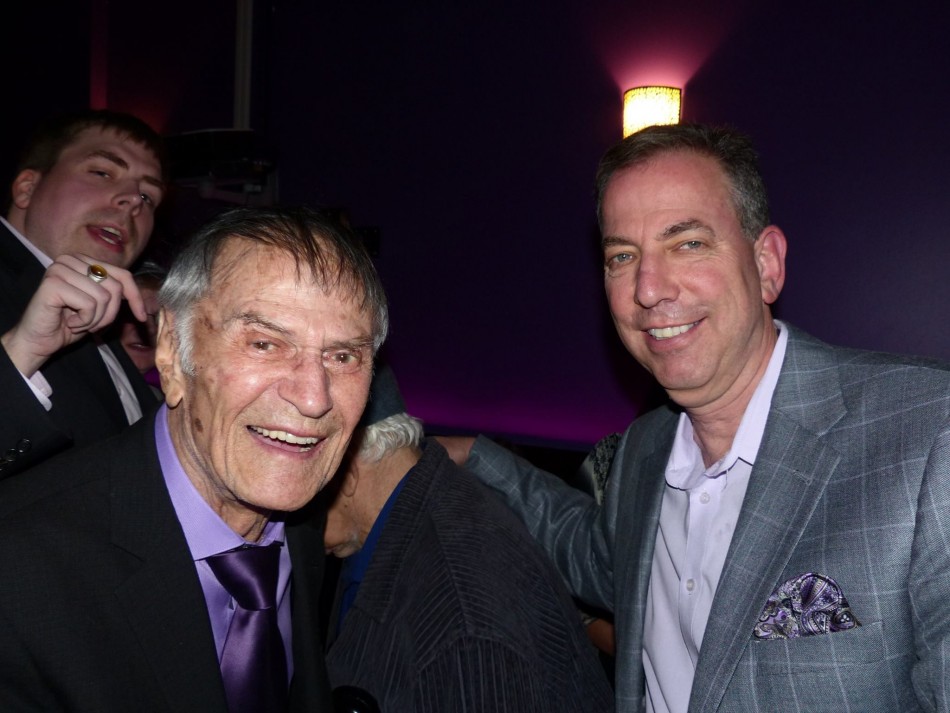 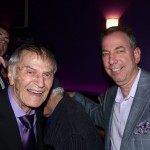 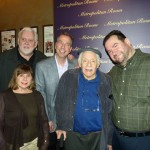 Remember TV’s F-Troop and Corporal Agarn? Well, Larry Storch, at the age of 92, is still full of jokes and stories which he delivered with great aplomb at the Metropolitan Room on April 11th. In Q and A style, his step-daughter June Cross and manager Matt Beckoff moderated an afternoon filled with great nostalgia, hosted by Bernie Furshpan. Storch’s best bud, Jerry Stiller, was also in the house.

Born in the Bronx, he grew up in Coney Island and Brighton Beach, before moving to New York City. As a youngster, he wound up in music class in school where he learned to play the sax (and still does to this day).  Mom had a rooming house on Amsterdam Ave. and West 77th Street where he heard many accents, like Orson Wells and Don Adams, who lived there. That’s where he started doing impressions and impersonations.

Larry spent time in the Navy in the Entertainment Division where he met Tony Curtis. They stayed good friends for life.  He tells wonderful stories about Ciro’s in Hollywood; meeting Lucy and Desi and winding up opening for Desi the next night. All the while, he reverts to many of those famous voices like James Cagney, Frank Morgan, Cary Grant, Sammy Davis Jr., Louis Prima and more.

Larry Storch has had quite an auspicious career on television, known and loved for his role and working with Forest Tucker on F-Troop, and in the movies, nightclubs (like the Copa where he opened for Sinatra, Nat King Cole, Ray Charles and Sarah Vaughn), as well as on the Broadway stage (Flower Drum Song, Annie Get Your Gun, Porgy & Bess).

What a wonderful afternoon of getting to know the man who kept several generations laughing.  He worked with the best of them!