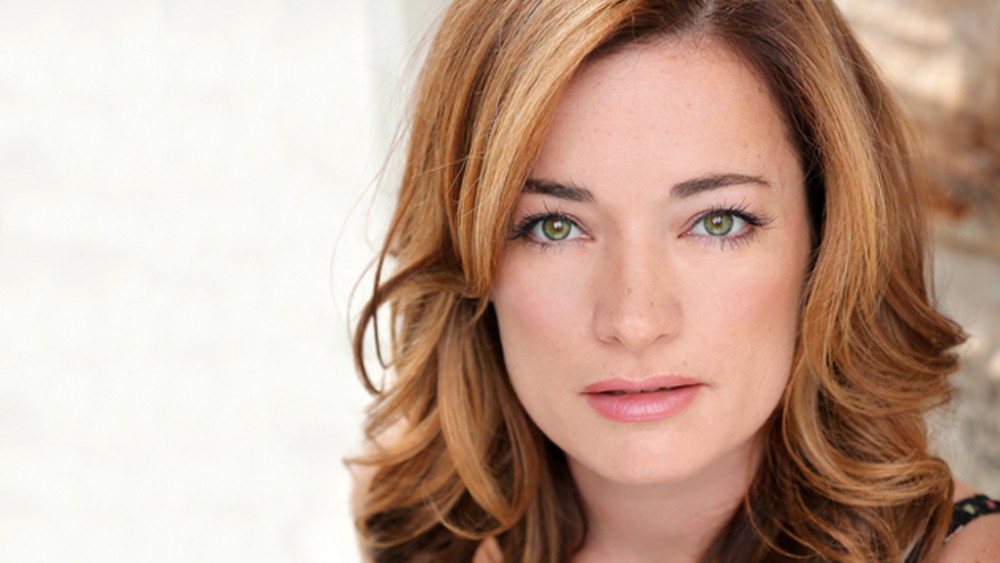 With the exception of Dame Julie Andrews herself, there’s really no one more “practically perfect in every way” than Laura Michelle Kelly.

The British-born Broadway vet emanates confidence, radiance and strength with every step, which makes all the sense in the world when you consider she’s spent the better part of her two-decade career embodying some of the most courageous, forthright and overall independent women in the history of musical theatre.

So, it only seems fitting that on her four-week hiatus from touring the country as a woman who could only be classified as the epitome of all these qualities combined, that she made her grand return to nightclub Feinstein’s/54 Below celebrating female empowerment and all that comes with it, and what it means to be a woman in today’s world.

With the help of a dynamite all-female creative team, Sammi Cannold (director) and Madeline Smith (music director) and an electrifying band consisting of four out of five women, Kelly cleverly circumvents the grandiosity of the subject and presents it through a lens uniquely hers —  as a tribute to the ladies who’ve inspired her personally and professionally… those she sees as mentors, whether they knew they were or not, and who helped to shape and mold her into the person she is today.

And while she does take a pass at some of the iconic women she’s had the pleasure to portray over the years, the evening’s in no way limited to a career retrospective by any means. In fact, the set list runs the gamut; from mononymous-ly recognizable musical theatre greats like Audra, Barbra and Bernadette and supreme jazz royalty like Judy Garland and Ella Fitzgerald to contemporary pop artists, such as Carole King and Celine Dion, and personal heroes like her mother, and her beloved voice teacher, Barbara Walters (no, not that one!), there’s no icon left uncelebrated, as Kelly brilliantly blends their signature songs with the stories of their personal influence, which help to exemplify the magnitude of what each of these women mean to her, and the effect they’ve each had on helping her to carve her own journey and path.

In terms of the performance itself, there’s no question it’s a treat to hear her dulcet tones croon these songs, period; her voice like a soothing caramel over the decadent dessert that is the classic catalogue of chart-toppers. To boot, she has no qualms in giving the evening a lighthearted, breezy vibe, donning a Dorothy apron for her Judy Garland number, and invoking a Celine impression before breaking into Ms. Dion’s trademark tune.

But while the focus of the set list is on the strength of the women who sing its contents, what really resonates, especially given the theme of empowerment, is the poignancy of the actual song choices and the lyrics within them.

With their straightforward titles, numbers like “I Have Confidence,” “Anything You Can Do,” and even her King and I showstopper, “Shall We Dance?” (wherein Anna takes the lead and shows the King how to polka) exemplify the broader, prevalent themes of leadership and equality right out of the gate, while others, like “Feed the Birds,” “Stars and the Moon,” “When You Believe” are more specific and subtly, burying their messages within the words, and targeting topics like the importance of giving to others, appreciating what you have, and undoubtedly keeping faith against all odds.

An incredibly important set of ideals as it is, but even more poignant when considering they’re delivered by someone who’s just as entranced by these words as we are. After all, the renowned West End and Broadway star power aside, she’s a human being just like us. She’s just a “wee lass from England” collecting advice and being inspired everyday… and passing on what she’s learned.

And it’s this effortlessness in doling it out that makes her delivery of the title song all the more moving: she acknowledges she still has a lot to learn, singing, “I really don’t know life at all.”

She doesn’t know everything. She can’t understand everything. But maybe, that’s the point to the evening. Pick up as much advice as you can, share it all, but don’t stop. Keep learning… and most importantly, trust in yourself that you have the ability to do that.

As she says, quoting a personal mantra of Ms. Dion’s earlier in the evening, “It’s the moment you think you can’t that you realize that you can.”

And it’s true. Have faith, trust yourself, and take the leap. Keep moving forward. It’s what all these women were doing, whether they thought about it or not, and in taking that leap, they ended up Kelly’s mentor. And in putting herself on display in this way, opening her heart and sharing her feelings, there’s no doubt Kelly’s doing that for a variety of young people from all walks of life, carrying the torch and encouraging people to be the light they wish to see in the world.

After all, she’s seen the world from both sides now, and there’s no doubt she considers her current situation to be a bit better, having discovered and idolized all the women she praises in her show. And thankfully, she chooses to share her journey with us… so that she can instill confidence, radiance, and strength in a young girl anew.

A new “wee lass from England.” A new Laura Michelle Kelly. And then maybe that person, wallowing in their darkest hour, can begin to see those “rows and flows of angel hair” in the clouds once again.