LBJ coming to the Stage- The Great Society 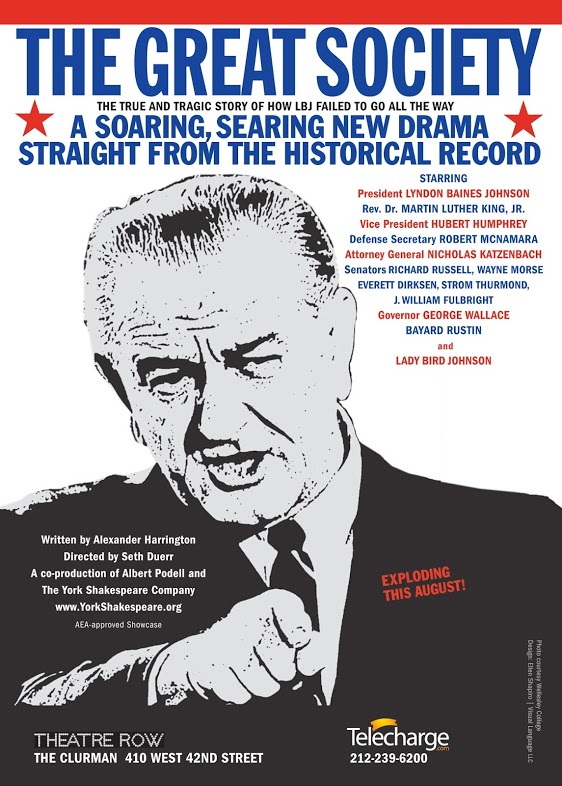 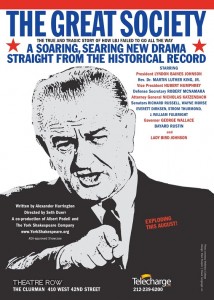 As LBJ catapults into office upon the assassination of John Kennedy, he realizes what he’s always envisioned; the power to manipulate, seduce and strong arm senators into ending legal segregation and waging war on poverty. However, trying to protect himself from charges of weakness, he escalates U.S. involvement in Vietnam into a full scale war, costing him his funding, prestige, power and dreams for creating The Great Society.

Written by Alexander Harrington (son of Michael Harrington, author of The Other America – said to have sparked the Kennedy administration’s interest in fighting poverty), this world premiere (presented by Albert Podell and The York Shakespeare Company), will have a four week run on Theatre Row at the Clurman Theatre, 410 W. 42 St., NYC beginning Saturday, August 3rd.