Lea Salonga Meets the Press for 54 Below Encore 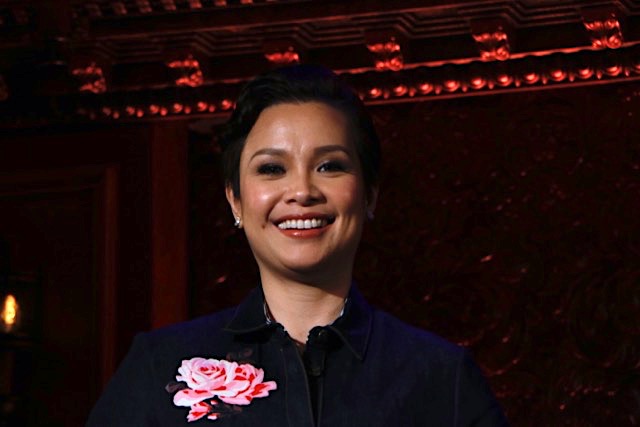 Her engagement at Feinstein’s/54 Below was sold out in 2016. Reason enough for the extraordinary Lea Salonga to return with “Encore!” She is a Tony, Olivier, Drama Desk and Outer Critics Circle Award winner originating the role of Kim in Miss Saigon. She has also starred on Broadway in Allegiance, Les Miserables and Flower Drum Song and has been the voice of two singing princesses in Disney films (Jasmine in Aladdin and Mulan in Mulan). Ms. Salonga is always busy . . . as the mom of an 11 year old and doing concerts worldwide.