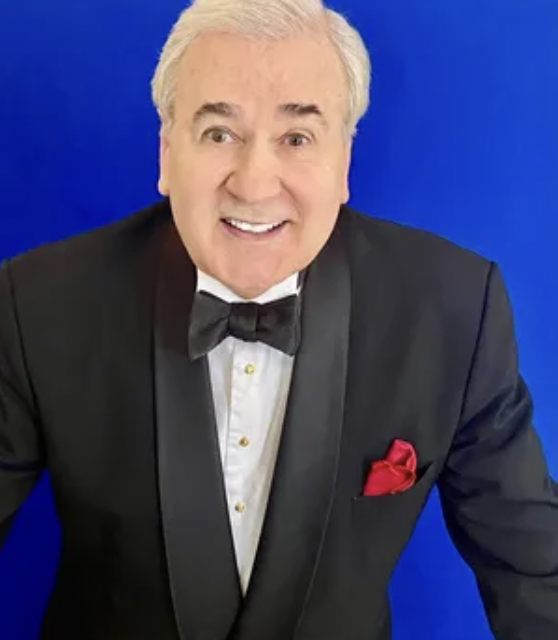 Call it Fate, call it Kismet, call it what you will, but when the late legendary Broadway star Carol Channing introduced a young Lee Roy Reams to Jerry Herman, a fast friendship and enduring artistic collaboration was begun. In a tribute to Herman at the York Theater (Sept. 20) this consummate entertainer and storyteller delivered a heartfelt momento mori—bearing witness to the fact that the life’s work of the songwriter has not only already transcended his passing in 2019 at age 88, but that his legacy will continue beyond the constraints of our own time.

Aided by slides and the accompaniment of elegant pianist Alex Rybeck, Reams easily spun out the story of Herman’s life in focused narrative and song. In Rybeck, Reams had the perfect musical collaborator. There’s a definite working chemistry between the two, but more than that, in Rybeck’s lush, melodic playing there was a matchless meeting of artistic minds and hearts encompassing the three—Reams, Rybeck and Herman. Herman in his heavenly place at the piano bench could only be glowing at two premier interpreters of his work.

Central to the Herman story via Reams is the tremendous success of Hello, Dolly! The show ran on Broadway from 1964 to 1970, opening with Carol Channing as the eponymous character. Dolly! was such a hit it’s probably still playing somewhere in the world today. In the 1978 revival, Reams played Cornelius Hackl and even went on to play the Yonkers diva herself in a regional theatrical production. These were recounting of happy times and happy memories, with Reams singing “Put on Your Sunday Clothes,” “It Only Takes a Moment” and delivering the touching monologue that precedes “Before the Parade Passes By.”

But life doesn’t come with guarantees and low moments came for Herman with Mack and Mabel, which  ran for only 66 performances on Broadway in 1974. The reviews were less than favorable. The show was Tony-nominated in several categories but failed to win a single award. Sadly, as Reams related quite poignantly, it was also Herman’s very favorite score, making the defeat that much more painful. From Mack and Mable he offered four gems: “Movies Were Movies,“ Tap Your Troubles Away,” “I Won’t Send Roses” and “Time Heals Everything.”

Of course there was more: marvelous songs from “Mame,” “Dear World” and “The Grand Tour,” all performed in the inimitable Reams style. At the end of Herman’s life, with the songwriter growing increasingly frail and debilitated, Reams reported he still had a huge smile on his face. It’s no wonder then, that a look back on the Herman canon reveals it’s full of optimism and hope—and will forever live on in the annals of Broadway and in the Great American Songbook.